Running, or sprinting is among the oldest sports in the world. It has been in practice since the Ancient Olympics which were held in Greece. The sport has given birth to many legends and many epic sporting stories. Some of them are extraordinarily powerful; some are stories of motivation, while some show us the limits of physical fitness athletes can reach through training. The Ancient Olympics are believed to have originated as early as 776 BC, and its first 13 editions held just one race. This race was called the stadion where the participants had to run around the stadium.

From the 14th edition, another race diaulos was added, which had participants running in lanes, much like the races that we see today. In modern times, people like Asafa Powell, Tyson Gay, and of course, the fastest man in documented history, Usain Bolt, have left their huge marks on the field of running. There are other formats of running races which have been invented as time went on. The relay race and the marathon are two very popular forms of running.

Xenophanes, the esteemed Greek philosopher, had once written that winning by defeating someone in a race on foot was the highest honor for any individual. Other challenging events have also been created like pentathlon, where one has to defeat his opponents in running, long jumping, discus throwing, javelin throwing, and wrestling. This event was also later added to the Ancient Olympics. Thus, keeping the historical and modern significance of running in mind, numerous novels and movies have been written and made about this sport throughout the existence of films. So with that said now, here’s the list of really good marathon documentaries on Netflix that are available to stream right now. 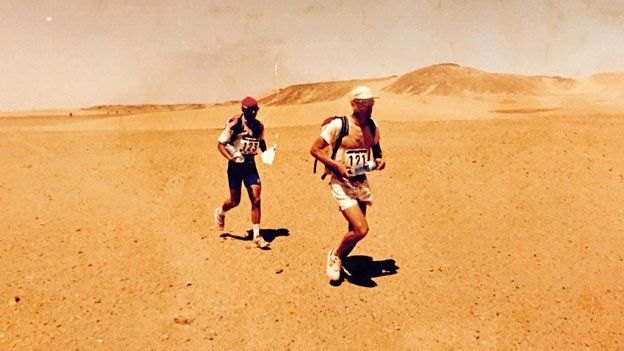 One of the finest documentary series of the year surely goes to ‘Losers’ which was released earlier this year and immediately took everyone by surprise. This series documents the lives of certain sports personalities who have lost some of the most important matches or games of their lives, which has left them completely transformed. Although they might have been losers in sports, they are hardly losers in life. All of them having come out strong from the horrible experiences. The series covers many sports like soccer, golf, figure skating, and boxing.

The episode we shall be concentrating on is called ‘Lost in The Desert’. This episode is about a person called Mauro Prosperi. He was what you’d call an ultra-marathoner. The difference between a marathon and an ultramarathon is that the latter is done in challenging conditions. The race in which Prosperi participated in was held in the Sahara Desert. Even thinking about running in the middle of the biggest desert in the world is frightening, and it is here that Prosperi participated in the ultramarathon.

What happened to him in the desert is absolutely shocking. The race was a 233-kilometer affair and here he lost his way, running off 186 miles in the wrong direction. Prosperi there found an abandoned Muslim shrine where he rested, killed bats and ate before finally managing to locate a village. How did he survive all those days in the desert without any water? He drank his own urine of course. 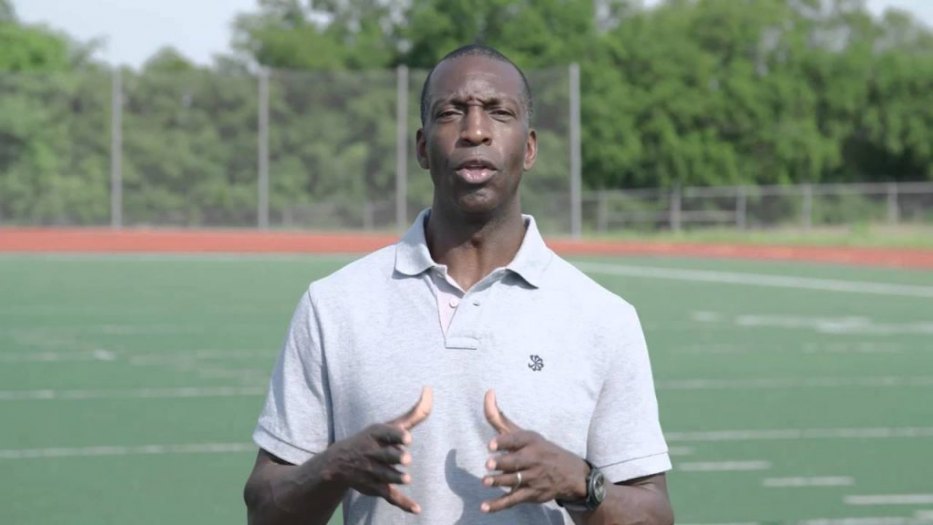 ‘Chasing Perfection’ is not necessarily about running, but it is important to mention it here because it was hosted by one of the best sprinters the world has ever seen — Michael Johnson. In this documentary, Johnson tries to understand what has made human beings capable of impossible sporting feats. There is a very interesting example to show what the documentary really wants you to understand. In 1936, Jesse Owens was the Olympic gold medalist in sprinting. But it is deduced that if he and Usain Bolt were to run at the peak of their powers, Bolt would be ahead by at least 14 feet. Now how is that possible? Have the human species evolved to such an extent that using scientific methodologies it has become possible for us to harness the peak physical possibilities of humans?

Johnson here travels around the globe to understand how sports science and social conditions have improved in making us achieve that heightened success in physical fields. He interviews a child in London whose aim is to be a professional soccer player. He then visits a family of athletes to understand how genetics plays an important role, and he also speaks to sports science journalists to figure out the latest developments in the field which has enabled such possibilities. Johnson himself was a world-class athlete, having held records in the 200m and 400m formats at the Olympics. Till date, he still is the fastest American in 200m, 300m, and 400m races. A very interesting documentary about one of the greatest athletes in history. 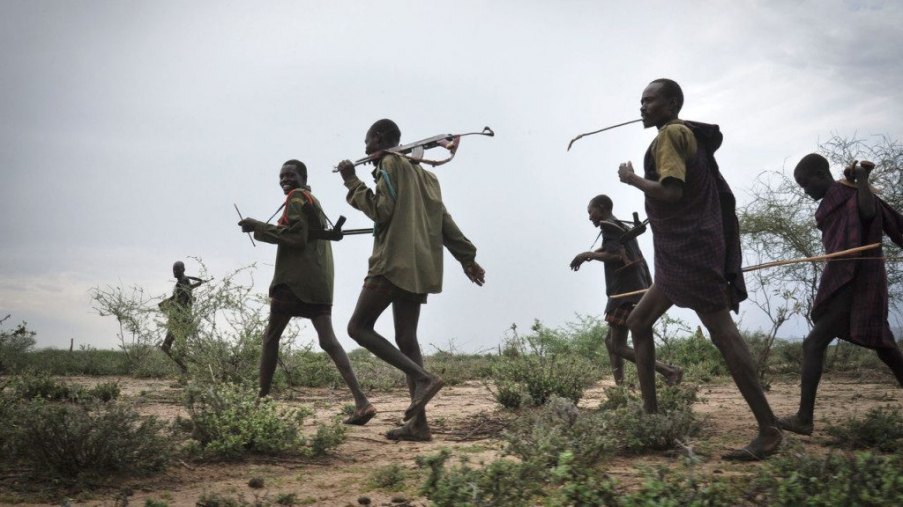 ‘Gun Runners’ is not just a documentary, it is a tale of a journey; a journey of two individuals who went on to become successful in their respective fields after being stuck in oblivion and a path of crime. This documentary film was issued by the National Film Board of Canada and was made by Anjali Nayar. The film became a matter of interest for Nayar when she first met Julius Arlie and Robert Matanda. Earlier, they were tribal warriors in Kenya. These two even took to cattle stealing and formed a gang in Kenya, but when an amnesty program came to the country, Arlie and Matanda decided that they would want to change their lives for the better.

Thus, they surrendered their guns and became marathon runners. What the movie does is track the lives of these two cattle rustlers-turned-marathoners since they began to train for the sport. The film is shot in a period of ten years. However, there is not a happy ending to this story, since Matanda lost interest in the sport and had a car accident in which he passed away along with his wife. Arlie, on the other hand, went on to become Kenya’s representative at the United Nations where he spoke on important issues plaguing the country. 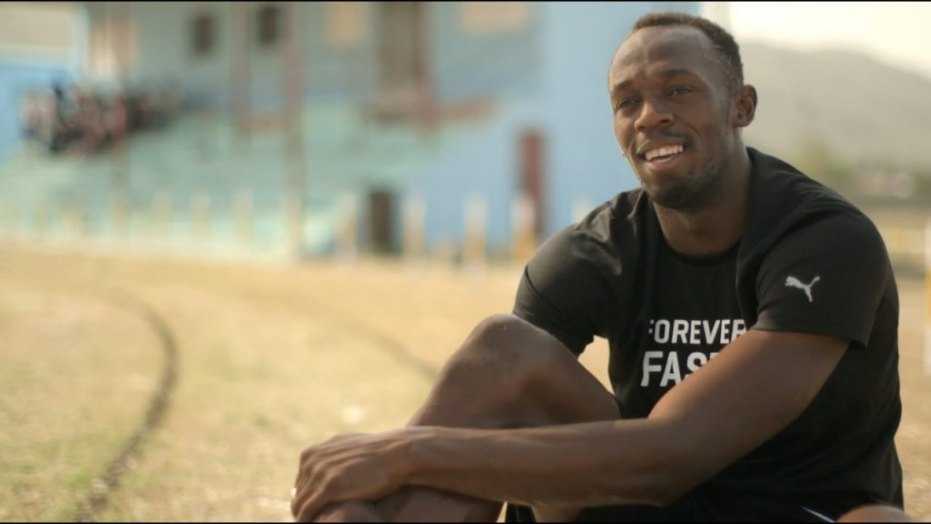 ‘I Am Bolt‘ is a documentary on the legendary Usain Bolt, who is considered the finest sprinter in the history of modern Olympics. Bolt is the winner of nine gold medals in the Olympics and he is the only one ever to win the 100m, 200m, and 4*100m gold in three consecutive Olympic tournaments. Bolt is the world record holder in 100, 200 and 4*400 meters relay race. He himself has broken his 100m and 200m records. What the film does is depict Bolt’s career over these twelve years when he ruled the world of athletics.

Many important and accomplished athletes, sportspersons and musicians are present in the documentary, like Pele, Neymar, Serena Williams, Ziggy Marley and others. The film has received mostly positive critical acclaim with critics saying that Bolt has become a cultural icon and a symbol of perfection, just like Muhammad Ali and Pele. It is a given that his stature in world sports has also positively influenced the country of Jamaica. Some critics have criticized the non-inclusion of his infidelity reports.