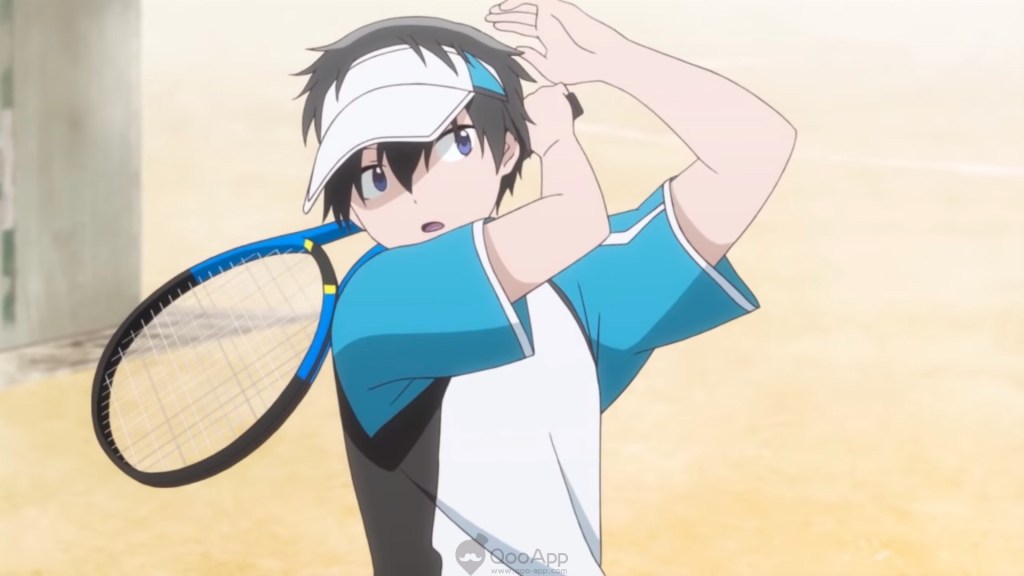 ‘Hoshiai no Sora’ is directed by Kazuki Akane, who is known for his work in ‘Escaflowne’, ‘Noein’ and ‘Birdy the Mighty: Decode’. If you aren’t already hooked on to its opening theme, you will surely be sucked into the show because of its incredible visuals. The soundtracks also perfectly fit in with the sports drama feel of the show.

While the premise is pretty generic and has the usual school setting, it is the characters that are key drivers of the overarching plot. Looking back, I can only remember ‘Prince of Tennis’ as a great tennis-based anime series. So unlike most other sports anime shows that mostly revolve around the sport of basketball and volleyball, this one offers something different. And the best thing about such shows is that they’re not only created for sports lovers but also for anyone who is looking for an uplifting story about underdogs. So ‘Hoshiai no Sora’ is certainly an anime that you must see. With that said, now that its first season has come to an end, you must be wondering if it will return with a sequel. Well, here is everything you need to know about it.

Stars Align Season 2 Release Date: When will it premiere?

‘Stars Align’ season 1 premiered on October 11, 2019 and with a total 12 episodes, the season ended on December 27, 2019. If compare it with most sports anime that have released recently, ‘Stars Align’ has been received really well and most of its fans are already anticipating its next season.

The good news for these fans is that the director of the show, Kazuki Akane, tweeted that the anime was initially supposed to have 24 episodes in its first season, however, due to some changes in schedule, it was cut down to a runtime of 12 episodes. In his tweet, he also mentions that the anime will return in some form and till then, fans of the series must support it in every possible way. So now that the director of the show has promised another installment of the anime, you can certainly expect ‘Stars Align’ season 2 to release by 2021.

You can watch the English dubbed and subbed of ‘Hoshiai no Sora’ on Funimation, Hulu, Amazon Prime, and AnimeLab.

‘Hoshiai no Sora’, also known as ‘Stars Align’, tells the story of junior high school’s soft tennis club, which is on the verge of being shut down because of the lack of participation from students. Desperate to save his club, Touma Shinjou asks Maki Katsuragi, a fellow talented student, to join the team so that they can together represent their school in an upcoming championship. Katsuragi agrees, but in return asks for money to sustain himself as a player. This is when the two of them come to an agreement and set off on a quest to not only save their school’s tennis club but to also be the next state champions.

Maki Katsuragi is a new student at the Shijou South Middle School and shows some promising tennis skills. He lives with his mother and also helps her out with house chores.

Touma is the captain of the tennis club at school. Before Maki joined the team, he was the only one in the team who gave his best in every single match.

Itsuki is the shortest player in the entire tennis team of the school and also has a very stern way of talking. When it comes to playing the sport, he is quite apathetic towards it and barely shows any interest in it.

Rintarou is the vice-captain of the tennis team who always tries to look out for all the members. He cares so much about everyone around him that it often gets a little annoying for the other members. After Maki becomes a member of the team and starts to show his impressive skills to everyone, Rintarou gets a little jealous and starts to lose confidence in himself and his abilities to lead the team as a Vice-captain.

Shigo is the elder brother of An who has a very vibrant personality and can always be seen with a smile on his face. He loves being playful and always makes his team members laugh.

Tsubasa can be a bit too cold towards other people at times and if provoked beyond a limit, he does not hold himself back. But at the same time, unlike Itsuki, he cools off quite easily.