How and When Did Magic Johnson Get HIV? 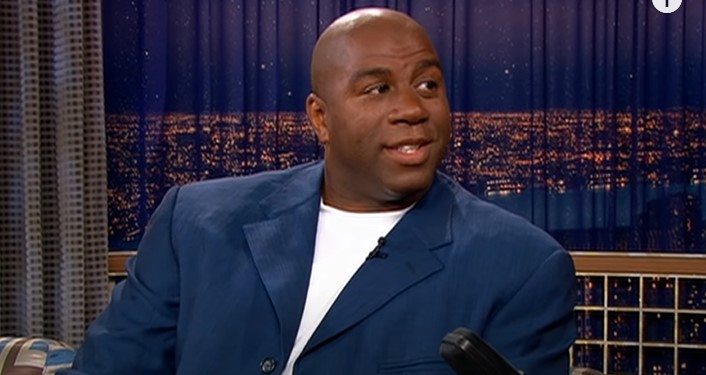 With HBO’s ‘Winning Time: The Rise of the Lakers Dynasty,’ the viewers get a fictional account of how the Los Angeles Lakers turned their fortunes around in the 1980s, winning multiple titles. Magic Johnson, whom they drafted in 1979, was a vital cog in their championship runs. However, Magic’s playing career was suddenly cut short in 1991 when he learned that he tested positive for HIV. So, if you’re wondering what exactly happened back then, we’ve got you covered.

How and When Did Magic Johnson Contract HIV?

Magic had a routine physical exam shortly before the 1991-1992 NBA season. On October 24, 1991, he got a call from the Lakers physician asking him to come home right away. At the time, Magic was in Salt Lake City, Utah, and the doctor didn’t want to talk about it over the phone. Upon his return, Magic was told that he tested positive for HIV. Back then, he was in disbelief, asking for two more tests that eventually came back positive.

Magic remembered his reaction, “You just sit there and say, ‘What does this mean? Am I gonna die?'” He was also worried about his wife, Cookie, who was pregnant. But fortunately, both she and the child tested negative for the virus. Then, Magic had to deal with telling the rest of the world about his diagnosis. He called for a press conference on November 7, 1991. Before that, Magic made sure some of his fellow players knew it by calling them and letting them know.

In one of the most pivotal moments in basketball history, Magic announced that he would retire with immediate effect because he had tested HIV positive. But he was optimistic, saying, “I plan on going on, living for a long time, bugging you guys like I always have. You’ll see me around. I plan on being with the Lakers. … Of course, I will miss the battles and the wars, and I will miss you guys. But life goes on.”

In 1991, the world was still learning about HIV and AIDS, and many were uneducated about the disease. There were rumors regarding Magic’s sexuality. As a result, he spoke openly about being with many women during his playing career, later being criticized for his promiscuity. A few years after that, Magic accused Isiah Thomas, a player with the Detroit Pistons, of spreading rumors about Magic being gay or bisexual.

Magic still played in the 1992 Olympics and, in 1994, returned to the Lakers as a coach. However, he resigned once the season ended, returning as a player in 1996 for one season. In a 2021 interview, Magic discussed telling Cookie about his diagnosis. He said, “It was hard because I loved her so much, and I hated to hurt her. I’ve played against some of the best basketball players in the world, right? I’ve been in championships. I’ve been in nine [NBA] Finals, so I know pressure. But there was no greater pressure than driving home to tell her.”

In the years after Magic’s playing career ended, he has become a successful businessman. He also kept the HIV in check by taking care of his body and getting the requisite treatment. Magic’s HIV is undetectable today, but he still has to take a cocktail of drugs once a day to make sure it stays that way.