Where Are Magic Johnson’s Parents Now? 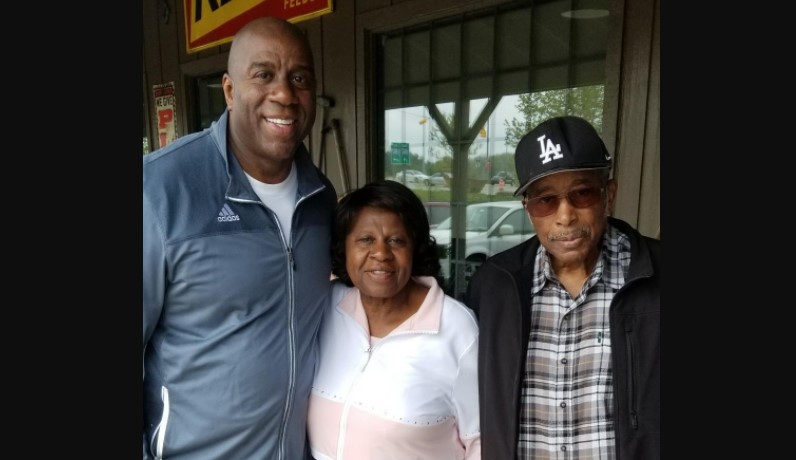 The rise of the Los Angeles Lakers from years of a title drought was helped in big part by them drafting Earvin “Magic” Johnson in 1979. The story of how the Lakers won a title in his first season and went on to win many more over the next decade is chronicled in HBO’s latest series, ‘Winning Time: The Rise of the Lakers Dynasty.’ Magic’s pure talent for the game was accentuated by the qualities he picked up from his parents, Christine and Earvin Sr. So, if you’re wondering how they helped their son as a child and where they might be today, we’ve got you covered.

Who Are Christine and Earvin Johnson Sr?

Magic was born in 1959 to Christine and Earvin Sr. He grew up as part of a big family of nine other siblings living in a triple bedroom home in Lansing, Michigan. While the family didn’t have a luxurious life, the parents always ensured the kids were well taken care of. While Earvin Sr worked for General Motors, he also had to pick up a second job to make ends meet. On the other hand, Christine was employed as a lunchroom supervisor at a local school.

Magic’s childhood was filled with lots of love, thanks to a great family and friends. Earvin Sr, who used to play basketball, would watch the NBA games every Sunday with his sons. Magic, who used to play with his father down the street, always wanted to beat him growing up. He also talked about how Earvin Sr was crucial in the children learning about work ethic, saying, “He didn’t care if I scored 40 points for my high school team Friday night. I had to be up at 6 o’clock Saturday to help him work.”

The talent was always there, with Magic getting his famous nickname after scoring a triple-double during a high school game when he was 15 years old. Christine, a devout Christian, thought the name was “blasphemous” back in the day. Eventually, Magic’s hard work paid off since he was a star during his time at Michigan State and became a bonafide legend while playing for the Lakers. He later said of his parents, “My dad was my hero, and I got my personality from my mother.”

Where Are Christine and Earvin Johnson Sr Now?

Christine and Earvin Sr have been married for over sixty years now. But in 1991, the family had to deal with the sudden revelation that Magic was diagnosed with HIV. Christine remembered how she felt when Magic called her about it. She said, “That was the worst moment of my life. Oh my Lord, it hit me like a ton of bricks.” Christine’s faith was instrumental while dealing with the crisis. Today, the couple seems to still live in Lansing, where they eventually built their dream home. It’s also where the Johnson family regularly meets for holidays and occasions. They seem to be enjoying retirement by spending time with their extended family.