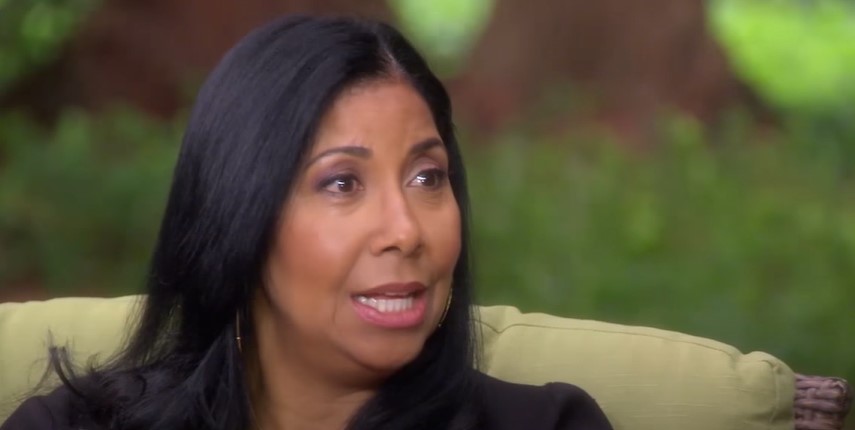 ‘Winning Time: The Rise of the Lakers Dynasty’ has the viewers relive the 1980s by charting the Los Angeles Lakers’ dominance in the NBA, ushering in a new era and a playstyle that was effective and entertaining. One of the focal points of the show is the Lakers’ drafting of Earvin “Magic” Johnson. The series follows Magic’s early life and his relationship with Earleatha “Cookie” Kelly, whom he later married. So, let’s find out more about her then, shall we?

Cookie is a Huntsville, Alabama, native. She was born to Earl and Cora and was a middle child. Her childhood, like Magic’s, was spent with a big and loving family; Cookie hung out a lot with her cousins. Despite the prevailing racial tensions in the country during her childhood, Cookie was shielded from it for the most part. She said, “I don’t remember any [racial] incidents. We mostly stayed in our little black area all the time. Maybe we’d go to the store and see white people. Everything was about the cousins.”

When she was about six years old, Cookie’s family moved to Detroit, Michigan. She met Magic there while they were students at Michigan State University. Their on-and-off relationship eventually led to marriage in September 1991. They have a son, EJ, and adopted a girl, Elisa, in 1995. Magic has another son, Andre, from a relationship with Melissa Mitchell, born in 1981.

Cookie and Magic’s life was forever changed just 45 days after their wedding when Magic was diagnosed with HIV. In an interview, Cookie talked about her initial reaction, saying, “It scared me to death. I mean, I fell to my knees. I didn’t have time to get mad about whatever happened, you know, or start asking questions. [My mind] went to ‘He is possibly going to die.’ There wasn’t a lot of knowledge back in 1991.” However, the couple worked through the rollercoaster and came out of it stronger than ever.

Back then, Cookie was pregnant with their son, EJ, and was relieved to know they both tested negative. She also talked about learning EJ was gay, adding, “I was still trying to figure it out. I’m not going to sit here and say that I understood that he was gay at that time because I didn’t. I just knew that this is what made him happy. And as time went on, it never changed.”

Magic credited Cookie for always being in his corner and supporting him. He said, “This woman here, God let me know why I married her, why he brought us together. I know when I come here [home], I’m not Magic. I’m Earvin. We’re still those kids from Michigan. I’m only as good as Cookie.” She wrote an autobiography, ‘Believing in Magic,’ chronicling her experience with Magic’s diagnosis and how she dealt with the various changes in her life throughout her marriage. Furthermore, Cookie once started a denim company, but it was reported to have closed down after six years. Today, the couple lives in Beverly Hills, California, and she spends time with friends and family apart from making appearances as a motivational speaker.

Read More: Who Were Jessie Buss and JoAnn Mueller? Are They Dead or Alive?