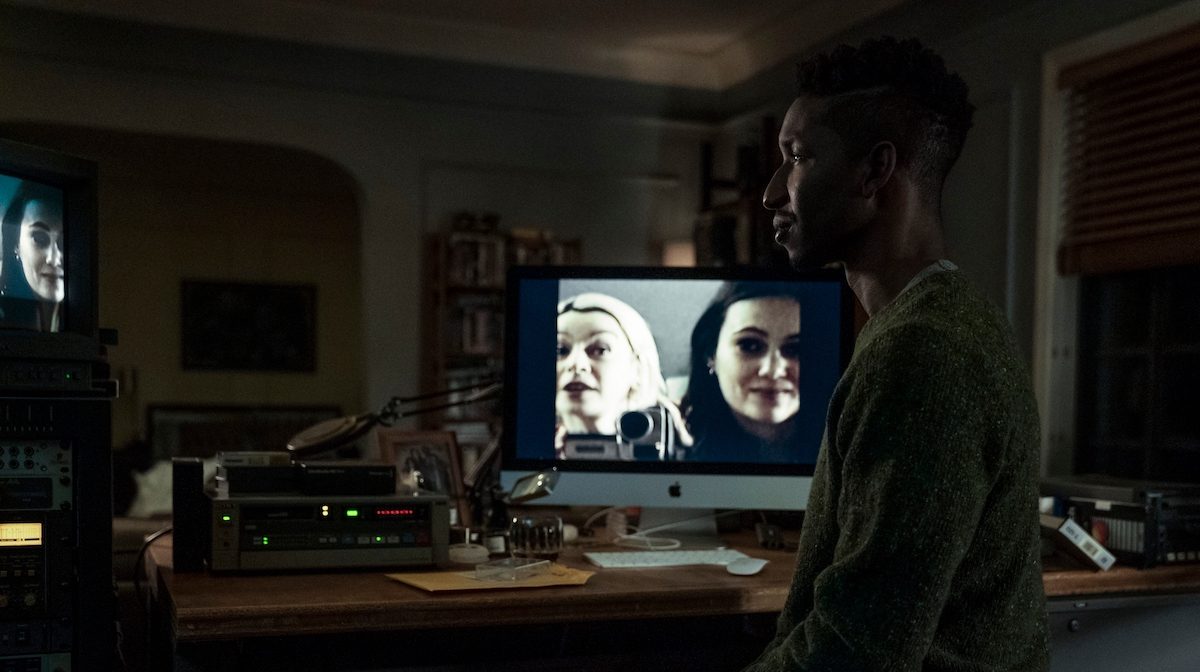 ‘Archive 81’ takes audiences on a surreal journey told through vintage tapes. When archivist Dan Turner is asked to restore a collection of tapes from the destroyed Visser building, he forms an unlikely connection with Melody Pendras, the woman who filmed them over two decades ago. As the narrative progresses, both Dan and Melody are pulled deeper into the supernatural occurrences around them, leading to an unlikely interaction between the two.

As dreams and reality merge, neither is sure whether the other exists or is a figment of their imagination. However, the connection between them is irrefutable. So do Melody and Dan finally get together? What is going on between them? Let’s find out. SPOILERS AHEAD.

How Are Melody and Dan Related?

Dan first sees Melody after restoring a single destroyed tape from the Visser building. The tape in question is the first of many filmed by the latter, who is a young grad student at the time of recording the videos almost twenty-five years ago. As Dan watches Melody on the restored tape, he remains vaguely uninterested in her proposed project of doing an oral report on the Visser building. That is, till he sees a picture of her with his childhood pet.

Just how deep Melody and Dan’s connection actually goes becomes clear when the latter sees his father, psychology professor Steven Turner, in one of Melody’s tapes. Ominously, it appears as if Steven is responsible for restraining Melody as she tries to alert people about the mysterious goings-on in the Visser building. It later becomes clear that Dan’s father is Melody’s well-meaning therapist. Thus, a long-running, if indirect, relationship between Dan and Melody is established early in the narrative.

The connection between these two central characters grows as Dan watches Melody’s tapes. Set twenty-five years apart, their narratives follow a loosely parallel path, charting each of their descent into madness as they try and grapple with the supernatural occurrences around them. Eventually, Melody and Dan begin interacting with each other in their dreams. Dan then becomes convinced that he can save Melody from dying in the mysterious Visser building fire (as he believes she did).

Do Melody and Dan End Up Together?

Melody and Dan exist in two separate time periods but become connected through the former’s tapes, which hold a supernatural power. Though their relationship starts merely through curiosity as Dan tries to decipher how Melody knew his father, the connection between them grows when they begin to interact in their dreams. Essentially, both Melody and Dan find themselves in very similar situations, and they begin to find solace in their surreal conversations with each other.

Going through the tapes makes Dan overwhelmingly empathetic to Melody’s haunting ordeal at the Visser building, which inspires him to try and save her. He even tracks her down in the “other world,” leading to a brief moment when the two actually come face to face. However, there is no sign of a romance between the two as things are quite chaotic during their interaction, and Melody is kidnapped by Samuel shortly after.

Thus, Melody and Dan do not end up together (yet), and considering they are still stuck in different timelines, there are some hurdles to cross before a romance between the two might spark up. However, the connection between them seems to be growing. Most notably, Dan essentially sacrifices himself to rescue Melody and becomes trapped in the past as a result. This “heroic” move, combined with their parallel storylines, seems to portend that the two might end up together in the future.

There are also other hints that the central characters may eventually get together. Showrunner Rebecca Sonnenshine has described ‘Archive 81’ as a twist on the supernatural horror genre with a dark, deeply emotional romance at its core. Thus, the romantic relationship between Melody and Dan remains a very real, if distant, possibility. As is the case with most other relationships on the show, their connection will have a supernatural undertone. The fact that they are from different timelines already gives any potential romance between them a surreal aspect that can only get darker.

Read More: Is Archive 81’s Visser Building Real? Where is it Located?