How Did Eleven Lose Her Powers in Stranger Things, Explained 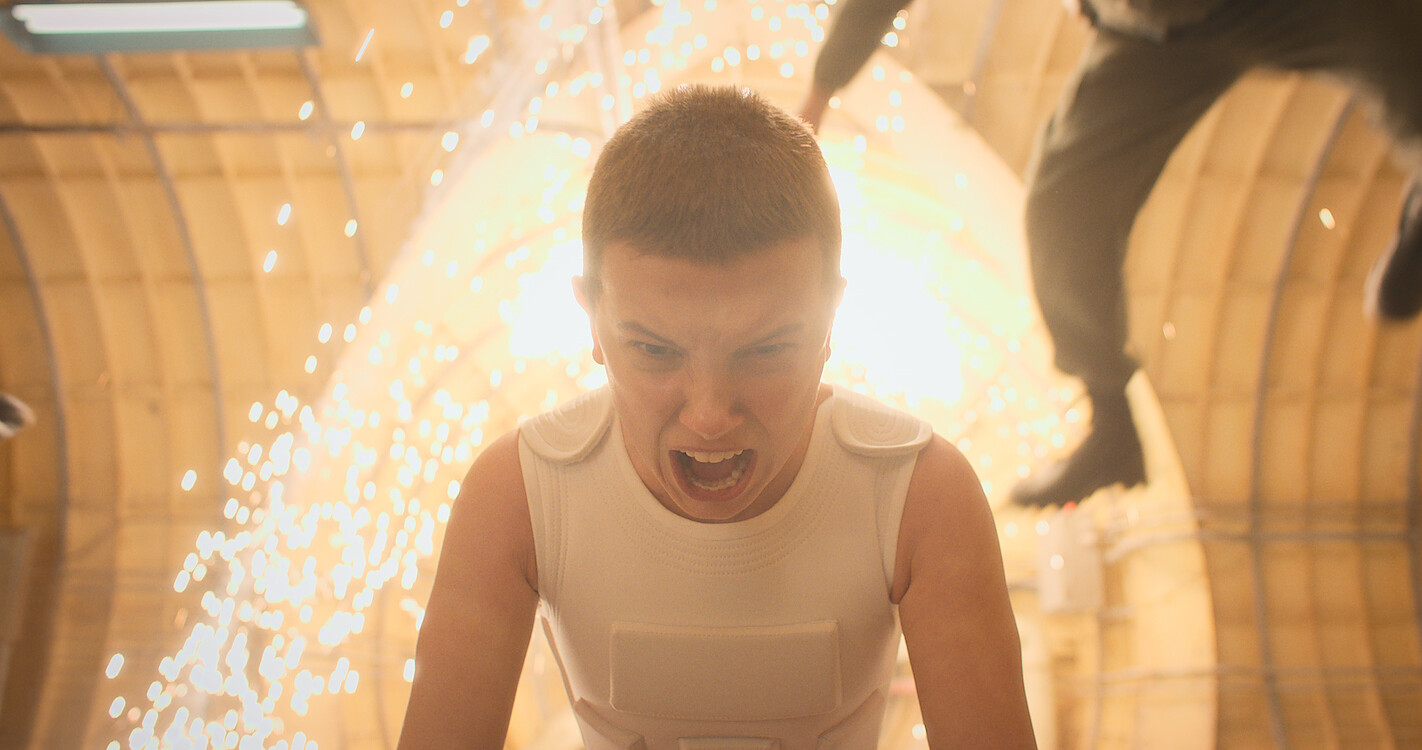 Eleven or Jane Hopper (Millie Bobby Brown) is one of the main characters of Netflix’s ‘Stranger Things.’ At the start of the series, she inadvertently opens a Gate to the Upside Down universe at Hawkins Lab. In the ensuing chaos, she runs away and meets the people who will change her life for good. This includes Mike, a local boy who eventually becomes her romantic interest. Eleven possesses certain extraordinary abilities and uses them to save the world multiple times. However, in the initial parts of the fourth season, Eleven noticeably doesn’t have any abilities. Here is what happened to them. SPOILERS AHEAD.

How Did Eleven Lose Her Powers?

Eleven presumably had various telekinesis powers because of her mother, Terry, who was the subject of a governmental program called MKUltra. Shortly after her birth, Dr. Brenner took her from her mother and brought her up at the Hawkins Lab, where she came to know other test subjects. She especially grew close to a friendly orderly. However, he was later revealed to be 001, the murderous original test subject at the lab. Tapping into her powers, she sent him to the Upside Down, where he transformed and became Vecna. These things happened in the past, and Eleven had forgotten about them. In order to get her powers back, she must recall her forgotten memories.

Eleven lost her powers in season 3 during her confrontation with the Mind Flayer and Billy Hargrove. The Mind Flayer is the supreme leader of the Upside Down and the main antagonist of the entire series. In season 3, the Russians create a new Gate through which the Mind Flayer re-establishes a psychic link with his piece left in the human world. He then proceeds to use the rats of the surrounding area to create a physical form that resembles his original shape in the Upside Down.

The Mind Flayer subsequently turned Billy into his host. He also used Billy to transform Heather Holloway and her parents into the Flayed. When Will, Mike, and others discover that the Mind Flayer is back, he has already built up a sizable army. After finding out where Eleven is, the Mind Flayer melts all the Flayed except Billy and grows stronger by absorbing them.

However, despite the severe increase in power, the Mind Flayer loses the fight to Eleven and her friends. Eleven rips his head off, gaining precious time for herself and her friends as the creature heals himself. During this encounter, Eleven gets bitten by one of the tentacles of the entity. Even though the piece that gets stuck into her flesh is successfully removed, Eleven loses her powers. In season 4, Brenner tells her that her powers are still inside her. She just needs to find a way to access it. Everything that happened at the Hawkins Lab was recorded. Brenner makes Eleven not just see them but experience them. The more she remembers her past, the more powerful she becomes.

Eventually, she realizes that it was One that killed the guards, nurses, and several other test subjects. It wasn’t her. In fact, she was the one who stopped him and sent him to the Upside Down. Although the mid-season finale ends here, it is implied that Eleven regains her powers after this.

Read More: Who is 001 in Stranger Things, Explained