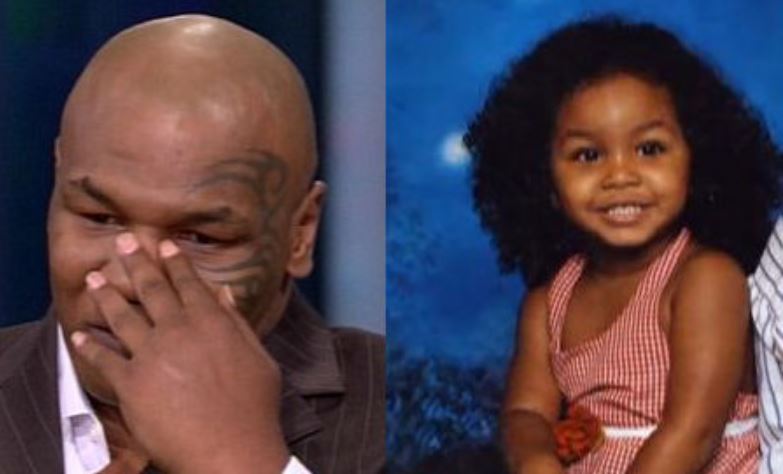 Nicknamed “Iron Mike,” “Kid Dynamite,” and “The Baddest Man on the Planet” throughout his career, Mike Tyson is not only a former professional boxer, but he is also someone who is deemed to be one of the best heavyweight champions of all time. Despite his difficult childhood, convictions for rape and assault, and personal struggles, Mike made a series of comebacks in his career before ultimately retiring in 2005.

Thus, of course, it comes as no surprise that ABC decided to chronicle his story in a two-part documentary series called ‘Mike Tyson: The Knockout.’ However, the one piece of information that caught our attention the most on the program was about Mike’s daughter, Exodus, who tragically passed away in 2009. And now, if you, like us, are curious to know what occurred on that fateful day, we’ve got the details for you.

How Did Exodus Tyson Die?

On May 25, 2009, 4-year-old Exodus Tyson and her elder brother, 7-year-old Miguel, were at their home in Phoenix, Arizona, with their 34-year-old mother. The older woman was cleaning the apartment when she sent her son to see what his sister, who was playing in a different room, was doing. However, once the toddler came upon his sister, he only saw that she was “in distress,” as per police records. Exodus was unconscious and tangled up in a cord, dangling by her neck from a treadmill.

Miguel immediately ran to their mother, who left what she was doing and untangled Exodus, called 911, and started administering CPR. As soon as the police arrived, they took over the resuscitation, and then firefighters replaced them. During all this time, Exodus was unresponsive. While she was eventually admitted to the St. Joseph’s Hospital and Medical Center, the police conducted a brief investigation into the matter, examining first responders, family members, and the scene.

Initially, the issue was that Exodus’ mother had spoken to the dispatchers at 10:30 a.m. and said that the girl had been electrocuted. Yet, within minutes, she changed her story to claim that she’d been hanging from the treadmill cord. The minimal but sufficient evidence helped clear her mother’s name and determined no other signs of foul play. Therefore, as Exodus passed away of her injuries at 11:45 a.m. on May 26, 2009, after spending a day on life support, the police called her death a “tragic accident.”

“We believe [Exodus Tyson] was on the treadmill, but it was not running at the time. She might have been playing like it was,” police spokesperson Andy Hill said in a conference later that day. “Somehow she was playing on this treadmill, and there is a cord that hangs under the console; it’s kind of [in the shape of] a loop. Either she slipped or put her head in the loop, but it acted like a noose, and she was obviously unable to get herself off of it. There’s nothing in the investigation that revealed anything suspicious.” So, the case was closed.

“There are no words to describe the tragic loss of our beloved Exodus,” a statement from the Tyson family read. “We ask you now to please respect our need at this very difficult time for privacy to grieve and try to help each other heal.” Following all this, in an interview on ‘Oprah‘ a mere five months after his daughter’s demise, Mike Tyson, while holding back tears, cleared the air by saying, “There was no animosity. There was no anger towards anybody.” He was in Las Vegas on that ruinous day but had quickly flown to Arizona after learning about the accident.