How I Met Your Father Episode 3 Recap and Ending, Explained 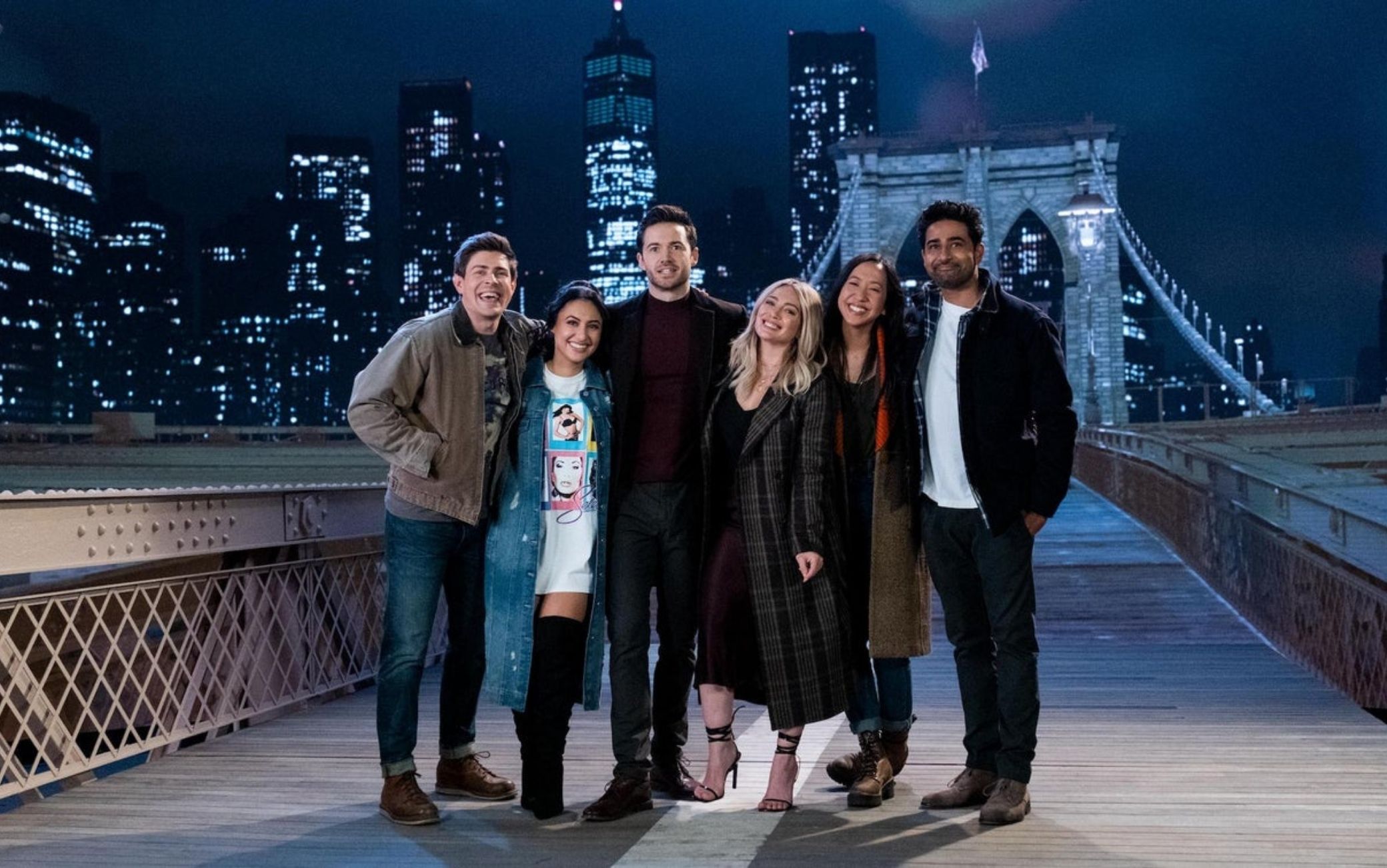 The third episode of Hulu’s sitcom ‘How I Met Your Father’ follows Sophie and her friends, as they confront their personal concerns. Jesse reluctantly agrees to create a tinder profile to escape from the loneliness he suffers. He is persuaded by Sophie and others to at least try the dating app. Sid struggles with the difficulties of his long-distance relationship with Hannah and Valentina comes to his rescue. Charlie and Ellen are in an apartment hunt with ample complications in the middle. If you are looking for a detailed account of episode 3 and its ending, we have got you covered! SPOILERS AHEAD.

How I Met Your Father Episode 3 Recap

The third episode of ‘How I Met Your Father,’ titled ‘The Fixer,’ begins with Sophie and her friends’ attempts to persuade Jesse to start a tinder profile. When he adamantly says no to the dating app, Ellen reminds him of the loneliness he suffers. Jesse finally agrees and Sophie helps him with the photographs. When Sophie takes Jesse’s photos in front of a school, they meet Drew, the vice-principal of the school and Jesse’s friend. They talk for a while and Drew asks Jesse for Sophie’s phone number upon the encounter.

Meanwhile, Ellen and Charlie start to look for an apartment. When Charlie asks Ellen to be his roommate, she rejects the offer, saying she doesn’t want a clueless rich guy as her roommate. She prefers Ralph, a complete stranger looking for an apartment like her, as her roommate. Out of spite, Charlie lures the owner of an apartment Ellen considers renting with a better offer and strikes an agreement. To increase the spice in their long-distance relationship, Hannah sends a sex toy to Sid. With the help of Valentina, Sid gets ready for an intimate video call with Hannah. But when their plan goes haywire, Sid reveals to Hannah that he is uncomfortable with these long-distance arrangements.

Sophie and Jesse go to a bar for Jesse to find a girl to date. When Jesse reveals that Drew asked for her phone number, she turns him down from giving it. Jesse hits on a girl in the bar, but Sophie finds out that the girl is not interested in dating him, but she is having fun with “the proposal fail guy.” Sophie confronts her and she storms out from them. During their way back on a subway train, Sophie talks about her turbulent childhood with Jesse and how she used to fix her mother when her mother used to get emotionally hurt due to her boyfriends.

How I Met Your Father Episode 3 Ending: Will Sophie and Drew Date?

Yes, Sophie and Drew will date. When Jesse reveals that Drew asked for her phone number, Sophie expresses her disinterest. After eighty-eight failed dating attempts, eighty-eight men who couldn’t be the one for her, Sophie is genuinely scared of someone walking into her life to be the eighty-ninth man. When Drew indirectly approaches her through Jesse, she can only think about how he may hurt her and become the next guy on the list. Thus, she initially refuses to give Drew a chance.

However, helping Jesse to find a date for him revives Sophie’s own desire to find the love of her life. When she sends Jesse a photo she took earlier for his new tinder profile, he replies with Drew’s phone number. Sophie overcomes her fears and gives Drew a call. Drew tells her that they have met on Sid’s engagement and they fix a dinner date. Even though her past experiences have killed a part of her enthusiasm, Sophie is still driven to find a man to love and she confronts her own panic to give Drew a chance.

Does Ellen Agree to Become Charlie’s Roommate? Does Charlie Get the Apartment?

Yes, Ellen agrees to become Charlie’s roommate. When Charlie proposes sharing an apartment with Ellen, she rejects him outright saying she doesn’t want a clueless rich guy to be her roommate. However, her roommate selection Ralph turns out to be a fraud as he uses her credit card to buy things for him. A distressed Ellen understands that even though Charlie is clueless, he can be trusted. Thus, she agrees to become Charlie’s roommate. Although Charlie is an outsider in the city just like her, Ellen understands that he is better than a complete stranger.

Charlie, on the other hand, fails to rent the apartment. After pawning his golden spoon, he gets mugged as he comes out of the pawnshop with money to pay the apartment owner in his hand. Suddenly, a boy robs his money and runs away. Although the apartment he selected is beyond him to rent, he may find an abode soon with Ellen.

How Does Sid Meet Hannah?

When Sid and Hannah’s plan to enjoy an intimate night remotely ends in disappointment for both of them, Sid goes to Valentina and shares his sadness. He says to her that she wants to be with Hannah in real and not through the phone. Valentina, who had experienced the difficulties of long-distance relationships herself in the past, agrees to help him. She reaches out to a Polish pilot she dated in her past and with the help of the pilot, he flies to LA to spend time with Hannah. Upon realizing the depth of Sid’s sadness, Valentina does her best to give Sid an opportunity to spend a night with his fiancée.