Where is How I Met Your Father Filmed? 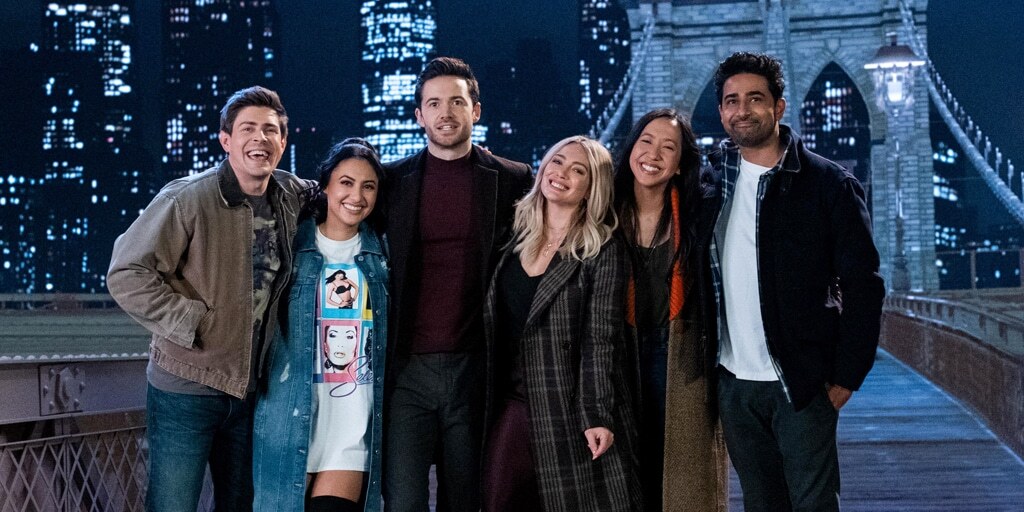 A standalone sequel to ‘How I Met Your Mother,’ Hulu’s ‘How I Met Your Father’ is a sitcom that revolves around Sophie, who tells her son how she met his father. Much like the original, the events in the sequel are depicted in flashbacks, where Sophie and her friends navigate romance and adulthood. Most of Sophie’s adventures involve her friends Jesse, Valentina, Charlie, Sid, and Ellen, as they try to figure out what they want from life and love in the age of dating apps and endless possibilities. Cozy apartments and the hustle-bustle of a big city are an essential part of the show’s narrative. If that has got you wondering where the series is filmed, we’ve got the answer!

How I Met Your Father Filming Locations

‘How I Met Your Father’ is filmed in California, particularly in Los Angeles and Burbank. The series began filming in the third quarter of 2021. Like the original show, this comedy-drama is set in New York City. The Big Apple has been the setting of several popular sitcoms, one that immediately comes to mind is ‘Friends.’ Now let’s find out more about the places that feature in ‘How I Met Your Father.’

A post shared by How I Met Your Father (@himyfonhulu)

The filming for ‘How I Met Your Father’ reportedly takes place on the backlot of the Paramount Studios. Located on 5515 Melrose Avenue, the studio has about 30 well-equipped stages. Moreover, the elaborate exterior sets on the backlot provide a variety of backdrops, such as the streets of New York and the brownstone buildings. The production team possibly uses these to recreate the New York City ambiance for the sitcom. The sitcom is also seemingly filmed at The Brownstone set, which has five residences with four stories, detailed with staircases at the entrance, bay windows, and arched doorways.

Another significant production site for ‘How I Met Your Father’ is the Walt Disney Studios on 500 South Buena Vista Street, Burbank. Sources revealed that filming takes place on the Infinity stage, which is a virtual production stage powered by Industrial Light and Magic’s StageCraft technology.

The revolutionary StageCraft technology enables the team to recreate iconic landmarks of NYC (like the Brooklyn Bridge) without actually having to fly the cast and crew to the east coast. The stage has 700 LED panels that create a 1,600 square foot LED canvas. Therefore, actors perform in front of projections of real-life locations, which keep their surroundings more interactive and realistic. ‘The Mandalorian’ brings its fantastical settings to life using the same technology.