Fact vs Fiction: How Much of Selena: The Series is True? 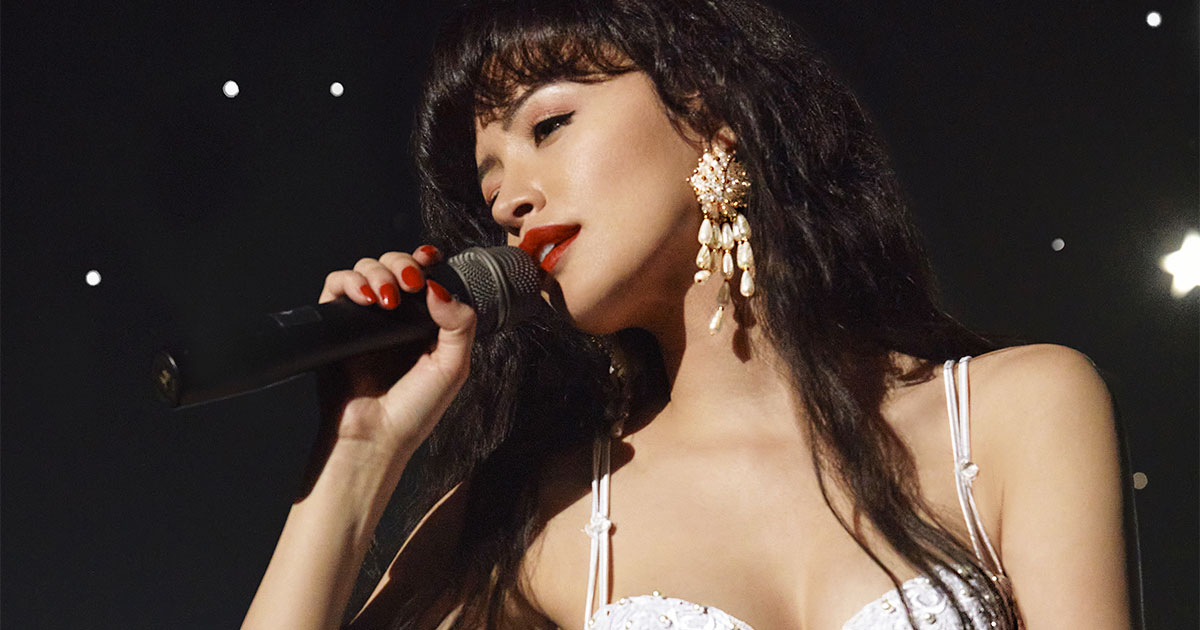 Selena Quintanilla-Pérez was one of the most influential and popular Mexican-American singers of the 20th century, and her rags to riches story has been the subject of many cinematic productions over the year. With ‘Selena: The Series,’ Netflix also pays homage to the singer and her background. The Queen of Tejano music is remembered not only for her vocal prowess but also for her humility and modesty. So how accurately has her story been portrayed on screen? Let’s find out.

How True is Selena: The Series?

‘Selena: The Series’ chronicles the trials and tribulations of the Quintanilla family as they persevere to become successful in the Tejano music industry. In the show, the patriarch, Abraham Quintanilla Jr., is a man who only rests when he gets what he wants. He, too, had dreams of becoming a well-known singer, but fame eluded him. One day, he hears his youngest child, Selena, belt out a tune like no other and is convinced of the kid’s potential. 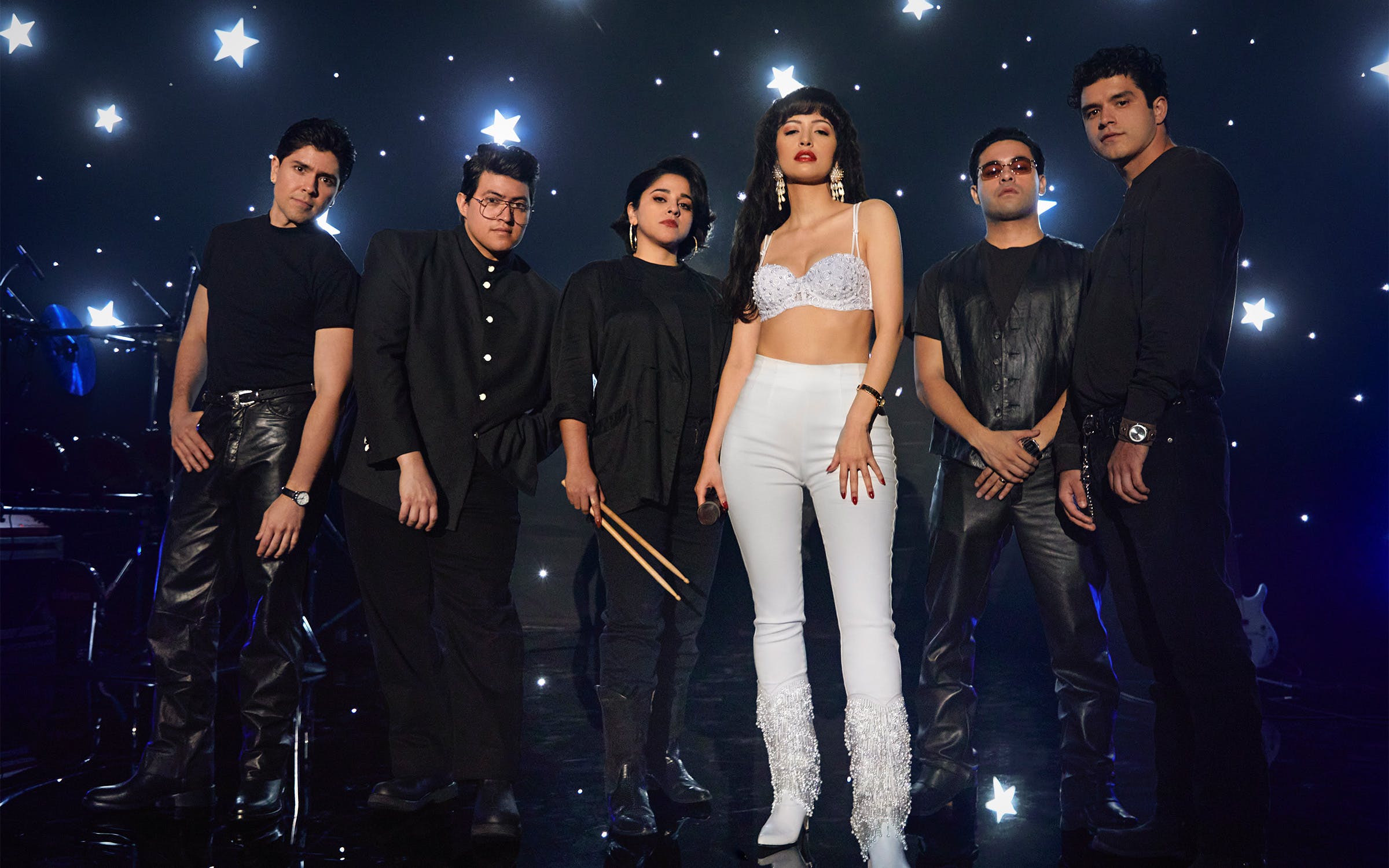 From this point on, we are made aware of the many struggles the family had faced in real life. In fact, the father recalled hearing Selena sing for the first time when she was just 6 years old— “Her timing, her pitch were perfect. I could see it from day one.” When Abraham opened his first Tex-Mex restaurant called PapaGayo’s, his children would perform on-premises. Selena was on the vocals, whereas her elder sister, Suzette, was on the drums. The bass was taken care of by her elder brother, Abraham Isaac Quintanilla III, who goes by AB.

But when the oil crisis caused the recession in the 80s, the Quintanilla family declared bankruptcy and were also evicted from their house. With no other avenue of income, Abraham decided to capitalize on his kids’ talent. This is how Selina y Los Dinos was eventually formed, and the father managed the band. In fact, there is a scene where Abraham turns empty peach cans into stage lights for a performance. Many sources report that this incident did take place in real life.

There is no refuting that Selena was a born performer, and soon, the band became more and more popular. Around the same time, in the show, we learn that her teacher has a problem with the child being on the road so often, even though Selena performs well academically. Abraham withdraws his daughter from the school and declares that he knows what is best for the rising star.

Selena was in the eighth grade when this transpired in reality. She later earned her high school diploma from the American School of Correspondence in Chicago. She also signed up to study business administration at the Pacific Western University, although the plot does not delve deeper into her intellectual aspirations.

On the show, two platforms are touted as extremely important in Selena’s rise to fame – the Tejano Music Awards and The Johnny Canales Show. In reality, José Behar, who went on to sign Selena y Los Dinos to EMI Latin Records, saw her perform for the first time at the award show in 1989. He also did refer to her as the “next Gloria Estefan.” Although the band had another offer from Sony Music Latin (CBS Records at the time), Abraham signed with EMI.

By episode 6, the band has accomplished a lot, but the tensions between the patriarch and José become more apparent. As the series progresses, we learn that Selena is on the path to success and even has a gold record to her name. Yet, the record company is not too sure about greenlighting the crossover album just yet. José even states that she’d need to have a platinum record to her name for them to converse about the possibility seriously.

The show is, for the most part, accurate as far as these professional conflicts are concerned. But it also focuses on the human element and showcases exactly how much pressure AB is under to produce record after record to make his father and his family’s dreams come true. While the character of Selena gets ample screen time, the struggles of her siblings are also noted. Towards the end of the series, Selena’s romantic life is explored.

You see, what had happened was that Chris Pérez had joined Selena y Los Dinos as the guitarist. Although he had a girlfriend back then, he couldn’t help but develop feelings for Selena. The show builds this romantic arc with the help of stolen moments between the two while they are on tour. Although the essence of their relationship is present in the show, some details have been tweaked a bit. It is true that mutual attraction developed between the two. Although Chris tried to stay away from Selena, he was unable to do so.

They confessed their true feelings to each other at a Pizza Hut but kept their relationship under wraps since they feared Abraham’s reaction. In the show, Suzette constantly warns her younger sister that their father will not hesitate to fire Chris if he ever finds the truth out. In real life, however, it was reportedly Suzette who announced Selena’s relationship to their father. Chris, most definitely, was fired from the band. (But as we all know, the pair later got married, and the patriarch eventually accepted Chris into the family).

‘Selena: The Series’ ends right here, but not before introducing us to Yolanda Saldivar, the nurse who fatally shot the star in real life. In the show, it is the recording label that suggests hiring someone for the position of the President of Selena’s fan club. But in actuality, it was Saldivar herself who incessantly contacted Abraham for the post.

When everything is said and done, the show actually does a great job of relaying the facts. But this is not surprising, given that Abraham Quintanilla Jr., Suzette Quintanilla, and Simran A. Singh, the family attorney, serve as executive producers. Moreover, it dives deep into the family’s emotional, personal, financial, and romantic ambitions. ‘Selena: The Series’ does not take many liberties with the events, and this is always appreciated when it comes to biographical productions.