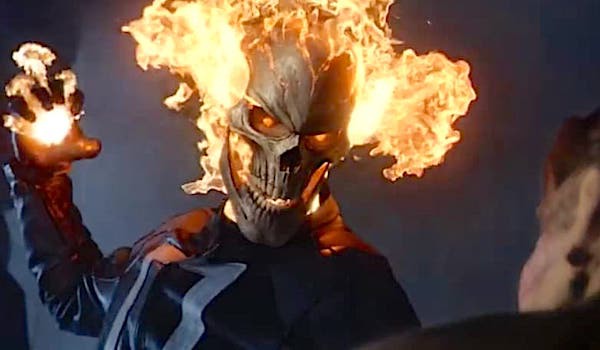 Marvel continues to embrace Hulu after the comic book powerhouse’s split-up with Netflix. Both Marvel and Hulu go hand in hand with the Marvel universe mushrooming on the streaming platform. The giants announced today that the two new live-action series, ‘Marvel’s Ghost Rider’ and ‘Marvel Helstrom’ will debut on Hulu in 2020. The shows join the recently announced Marvel slate for Hulu, which consists of four animated comedies and a special. Marvel-Hulu story has a taste of vengeance in wake of Netflix’s high-profile cancellations of Marvel shows. Moreover, Hulu is now majority controlled by Marvel’s parent company, Disney.

‘Ghost Rider’ and ‘Helstrom’ are based on the comic book characters of the same name. ‘Ghost Rider’ follows Robbie Reyes who lives on the Mexico border and brings vengeance for the innocents. Once unleashed, he struggles to tame the immense power of Rider. Gabriel Luna played the iconic character in the Marvel series ‘Agents of S.H.I.E.L.D.’ on ABC. Though the cast details of the Marvel-Hulu live-action project are still under wraps, fans can expect Luna to reprise the role. ‘Marvel’s Ghost Rider’ is executive produced by Ingrid Escajeda, who also serves as showrunner, along with Paul Zbyszewski and Jeph Loeb, the Marvel TV chief.

In 2007, Sony and Marvel made a movie based on the comic book character, the motorcycle rider with a flaming skull. It was directed by Mark Steven Johnson with Nicolas Cage playing Ghost Rider. In 2016, Ghost Rider returned to the Marvel universe with ‘Agents of S.H.I.E.L.D.’ Marvel and Hulu are tight-lipped about presenting the S.H.I.E.L.D. version of Ghost Rider in the new series.

Meanwhile, ‘Helstrom’ revolves around the siblings, Daimon and Ana Helstrom, with extraordinary skills and attitudes. They are the son and daughter of an elusive serial killer. The Helstrom children will “track down the terrorizing worst of humanity,” reveals the announcement. ‘Helstrom’ is executive produced by Zbyszewski, who also serves as showrunner, along with Loeb. Both the shows are produced by Marvel TV and ABC Signature Studios.

Hulu assembles its second interconnected Marvel universe as the two live-action shows join the Marvel slate of four animated comedies, ‘MODOK,’ ‘Hit-Monkey,’ ‘Tigra & Dazzler Show,’ ‘Howard the Duck,’ and a special ‘The Offenders.’ Ironically, ‘The Offenders’ sounds like a jab at Netflix as its live-action miniseries was called ‘The Defenders!’ Moreover, Hulu’s Marvel slate has become parallel to Netflix’s old Marvel universe.

The rift between Marvel and Netflix exposed after the streaming platform’s decision to cancel ‘The Punisher.’ Netflix also made it clear that the upcoming third season of ‘Jessica Jones’ would be the last. The shows joined the cancellation bandwagon of the Marvel shows ‘Luke Cage,’ ‘Iron Fist,’ and ‘Daredevil.’

The announcement of Marvel live-action shows on Hulu came out during the streamer’s upfront presentation in New York. Hulu also announced the renewal of the comedies ‘PEN15’ and ‘Ramy.’ The streaming platform has also revealed a series order from the author of ‘Big Little Lies,’ starring Nicole Kidman.