HummViewer Shark Tank Update: Where Are They Now? 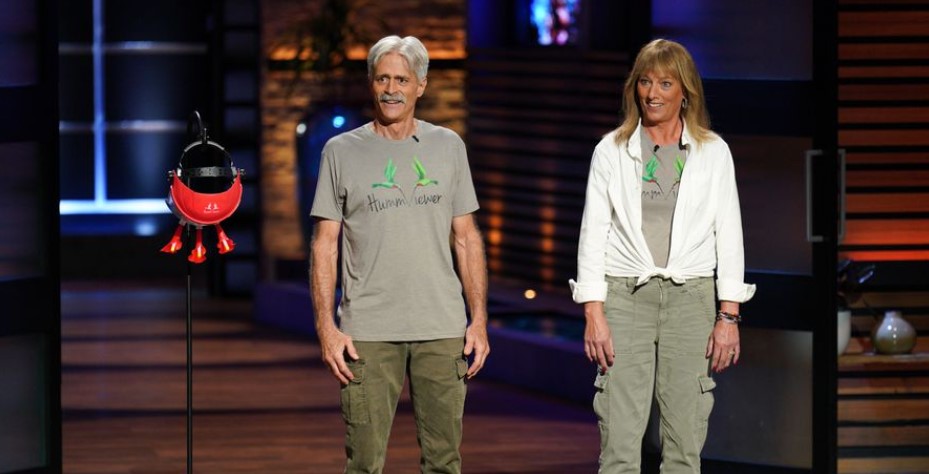 ABC’s ‘Shark Tank‘ season 14 episode 6 introduced us to entrepreneurs John and Joan Creed, who presented their product, HummViewer, hoping for a life-changing investment from the sharks. While the hummingbird is an incredible creation of nature, bird watchers have always found them to be quite elusive. They flee at the first sign of trouble, and it s challenging to watch them feed in their natural environment. The HummViewer aims to solve this very issue through a unique concept that immediately caught our eye. Well, let’s dive in and trace the company’s growth, shall we?

HummViewer: Who Are They and What Do They Do?

The brains behind HummViewer, John and Joan Creed, are both avid bird lovers and enjoy spending time in nature. John became fascinated with hummingbirds from a very young age as he and his family would spend the summer months at a cabin in Westcliffe, Colorado. Since the cabin was located in the lap of nature, it had several bird feeders hanging outside, and John used to watch the hummingbirds from afar. While he fell in love with their dynamic colors, darting movements and friendly nature, his passion for hummingbirds grew with age, and soon John found himself dedicating hours to their study.

Similarly, Joan Creed discovered her passion for nature during her childhood when her family took her to the Colorado mountains for skiing and exploring. Interestingly, she even met John while on a trip to the Colorado Mountains, and the couple connected over their shared love for nature. In fact, she even went on to claim that wherever the couple settled into would have at least a few bird feeders where they would spend hours on end.

In February 2017, John watched a documentary that showed a man wearing a motorcycle helmet with an artificial hummingbird feeder attached to the visor. This gave him the idea for the HummViewer, and he came up with the initial prototype in May of the same year. At its core, the product is a helmet with a few artificial flowers attached to the visor. Each flower has a plastic tube in the middle, which can be filled up with a mixture of sugar and warm water. This mixture attracts hummingbirds, and one can get a super-close view of the elusive birds as they feed on artificial flowers.

Once John and Joan tested their initial prototype, they were amazed to discover that the product worked like a charm. However, readers would be interested to know that the couple never had plans of starting a whole business. However, in July 2017, John made his brother wear the prototype before sending the picture to 9News in Denver. The news station was overly impressed with the unique product and immediately decided to feature the creators on live TV. Moreover, 9News also selected HummViewer as one of the 9 Most Inspiring Stories of 2017, which gave a massive boost to their popularity.

Eventually, John and Joan realized the business potential of the HummViewer and went through several prototypes before perfecting the design. Although they started their business in 2018, the Covid-19 pandemic closed down most manufacturers and halted their plans. However, the couple soon adjusted themselves to the situation and began selling the HummViewer masks as a part of a PPE. This helped them survive the pandemic, and by December 2020, the company witnessed its highest sales to date.

The HummViewer website even claims that in December of 2021, the company hit a new monthly sales record and has even been collaborating with a few social media influences to promote the product. People interested in getting their hands on a HummViewer can purchase them off their official website for $69.95. The website even has a recipe for artificial nectar and offers attractive discounts from time to time. While the HummViewer is quite a unique product, it is inspiring to witness John and Joan’s success, and we wish them the very best for the years to come.