Ida Elise Broch From Home for Christmas: Everything We Know 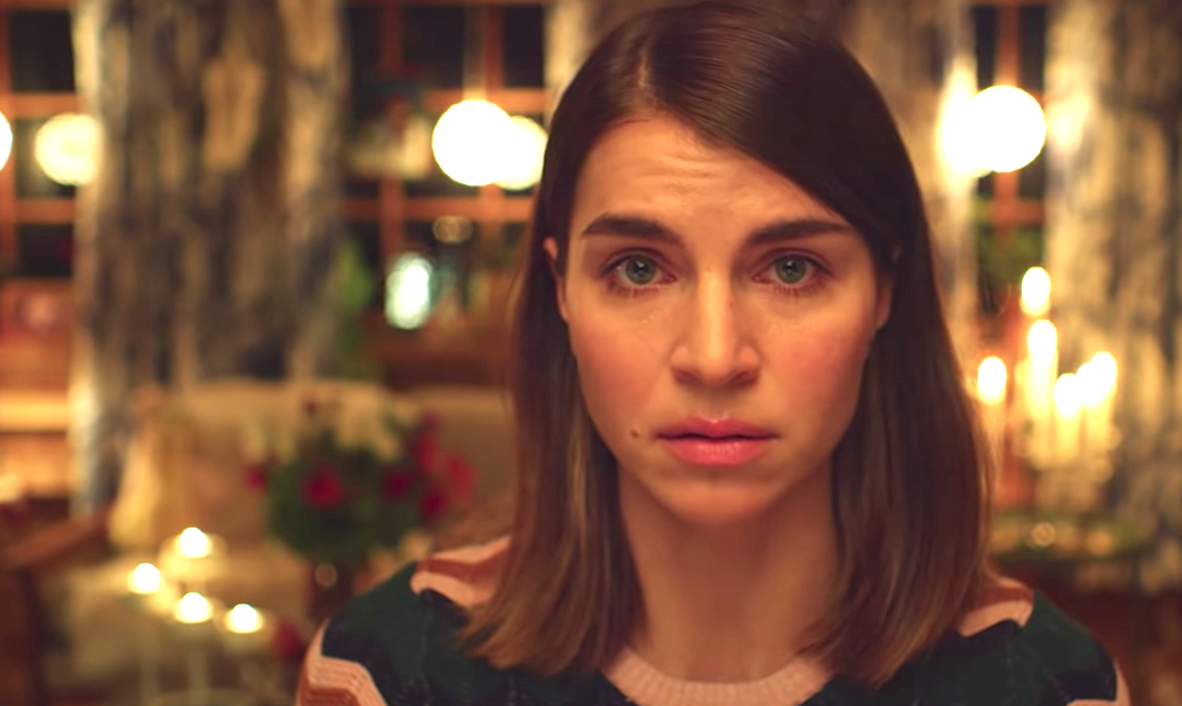 Netflix has gotten hold of the magic potion to keep the audience hooked to its enthralling roster of series and movies from around the globe. The first Norwegian original series to hit the streaming platform is ‘Home for Christmas.’ After the romantic drama-comedy show’s debut season received positive reviews, it aired its second edition on December 18, 2020.

The simple yet riveting story of a woman finding true love left an indelible mark on the viewers’ minds, and the protagonist, Ida Elise Broch, playing the role of a sincere nurse, won everyone’s hearts. After watching her impeccable performance as Johanne, we got intrigued to know more about the talented actress, and here is everything we found out!

Ida Elise Broch was born on June 25, 1987, in Oslo, Norway. The 33-year-old realized her passion for acting at a young age and began her training in the craft at Hartvig Nissen School. Having actively participated in plays since elementary school, she continued to study drama throughout her formative years until she was a student of Romerike Folk High School.

In the spring of 2007, Ida made up her mind to pursue a career in the film industry wholeheartedly and began filming for ‘The Man Who Loved Yngve.’ She passionately chased her dream and enrolled at the Norwegian National Academy of Theatre in the autumn of 2008 to attain a degree in performing arts. 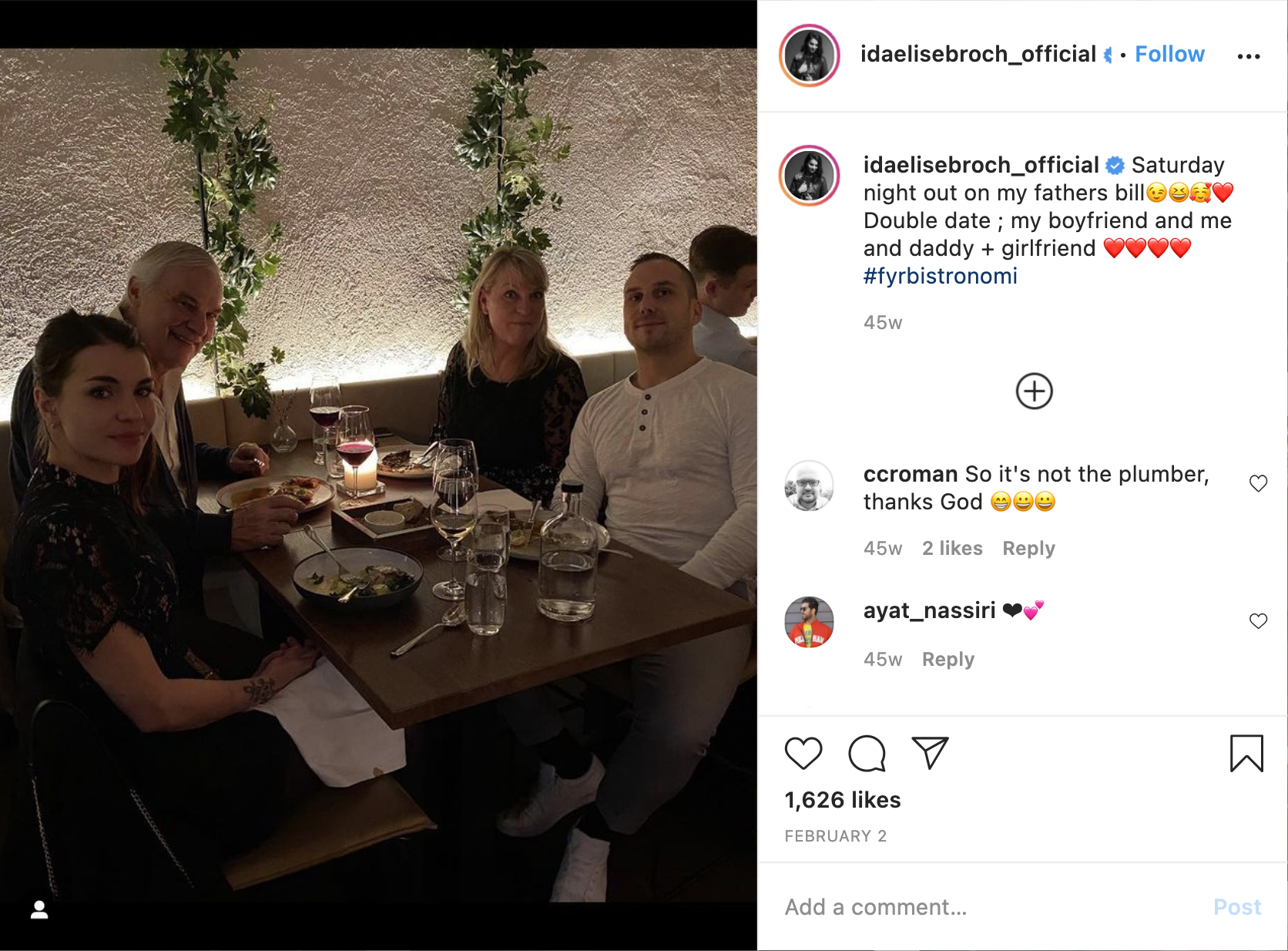 Ida Elise Broch’s mother, Kristina Slinning, and her father have been living separate lives. The Norwegian actress is extremely understanding and wholeheartedly supports the fact that her father has moved on and is dating Elisabeth Grøndahl. Interestingly, her father named her ‘Ida’ as he had fond memories of reading a children’s story, ‘Ida’s Little Flowers,’ and always wanted to name his daughter after it. She is a half-sister to Christian Cleve Broch and Nicolai Cleve Broch, a famous Norwegian theatre and film actor. Ida often expresses that she feels most grateful to have her family in her life. 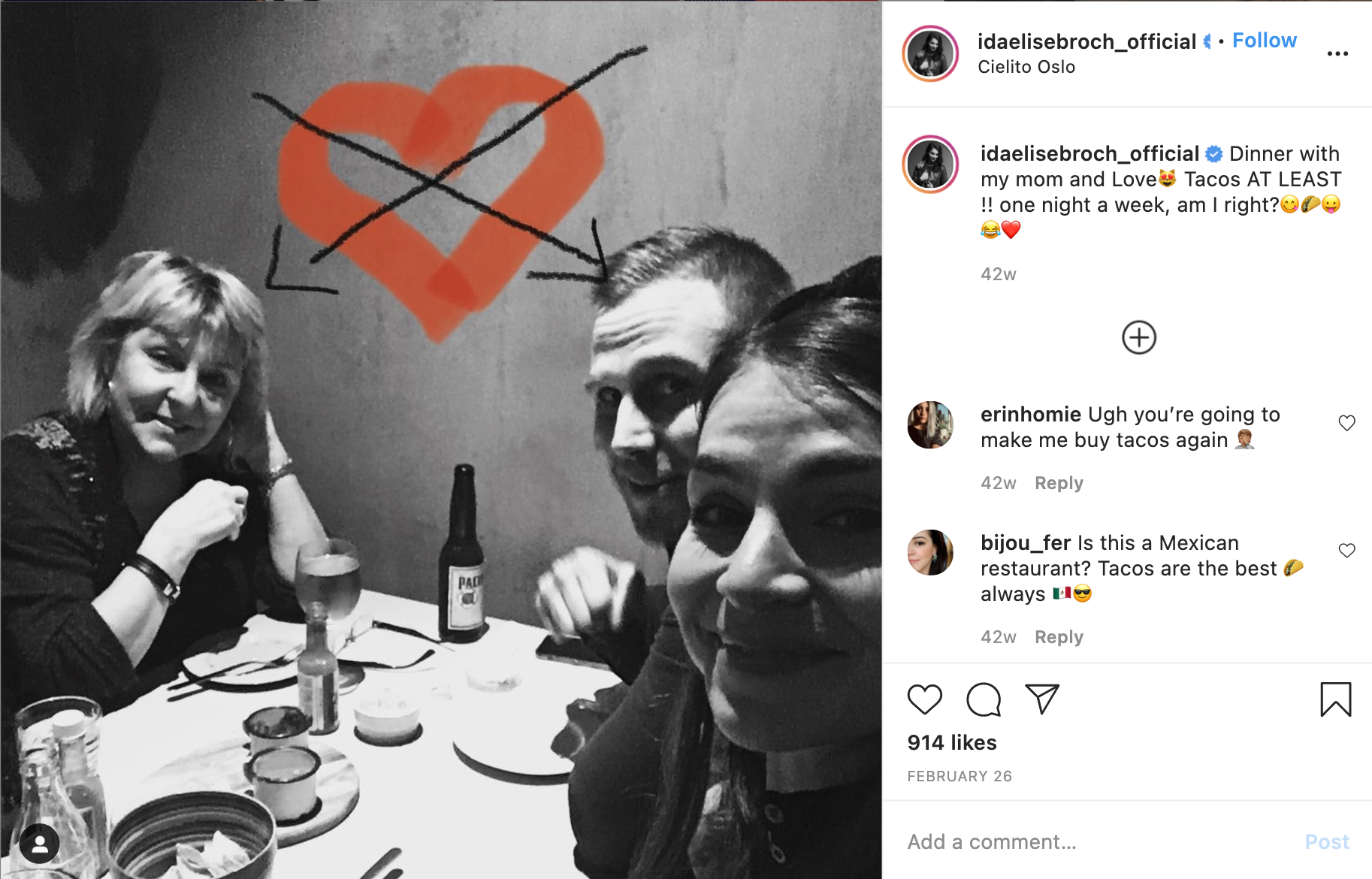 Ida has remained tight-lipped about the details of her personal life but does not shy away from sharing glimpses of moments she shares with her loved ones. For instance, she does not talk about her love life, but her boyfriend, who remains a mystery man, frequently features on her social media accounts. She is a proud dog-mom, and more than her own snapshots, Ida posts adorable pictures of her pug, Toni. 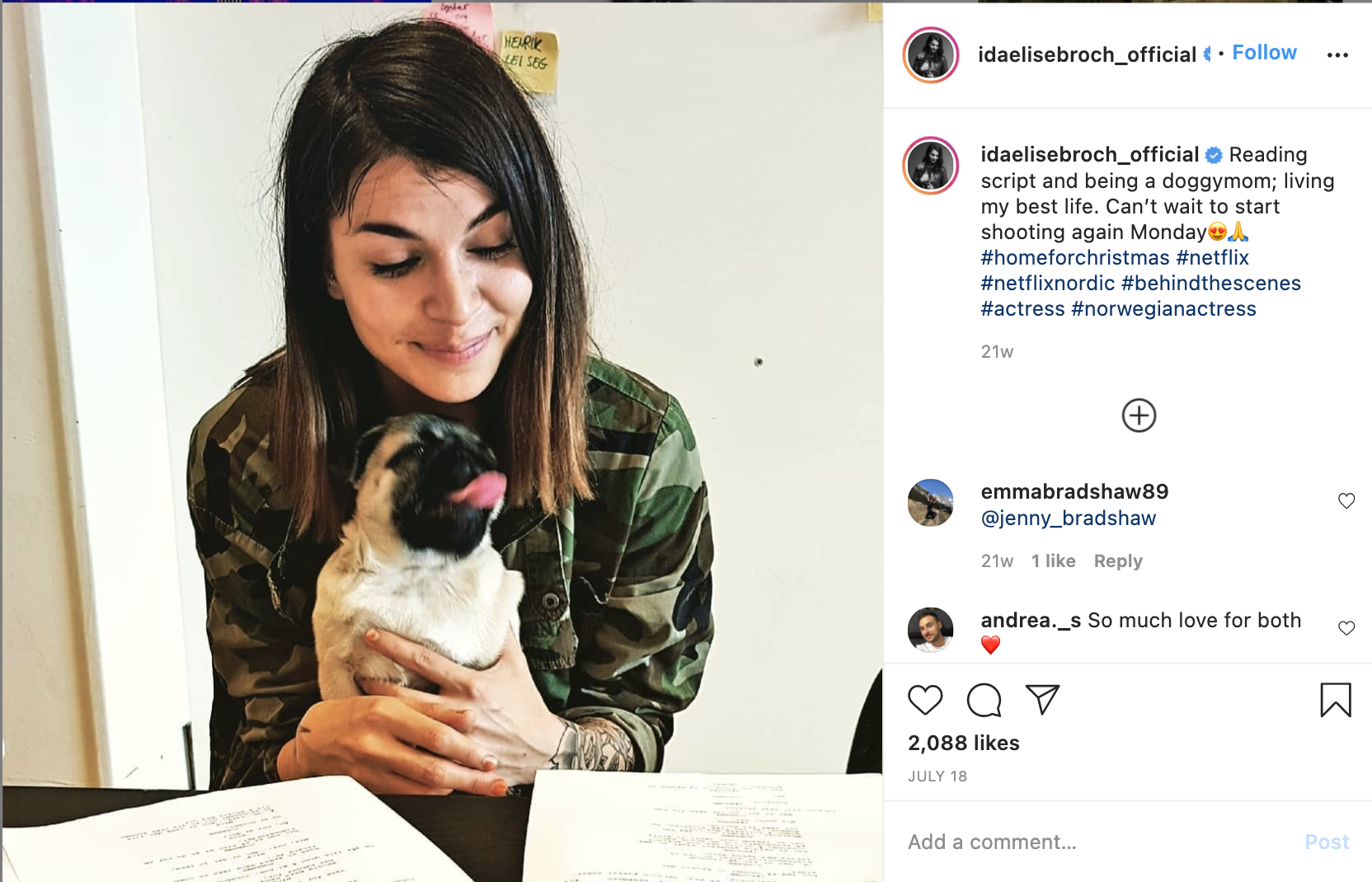 Ida Elise Broch kick-started her acting career in 2006 from a short movie ‘Bakkeflyvere’ and then got the opportunity to showcase her talent in the following year in a Norwegian snowboard film ‘Switch.’ After starring in that role, her breakthrough performance in ‘The Man Who Loved Yngve’ garnered her much fame and success. 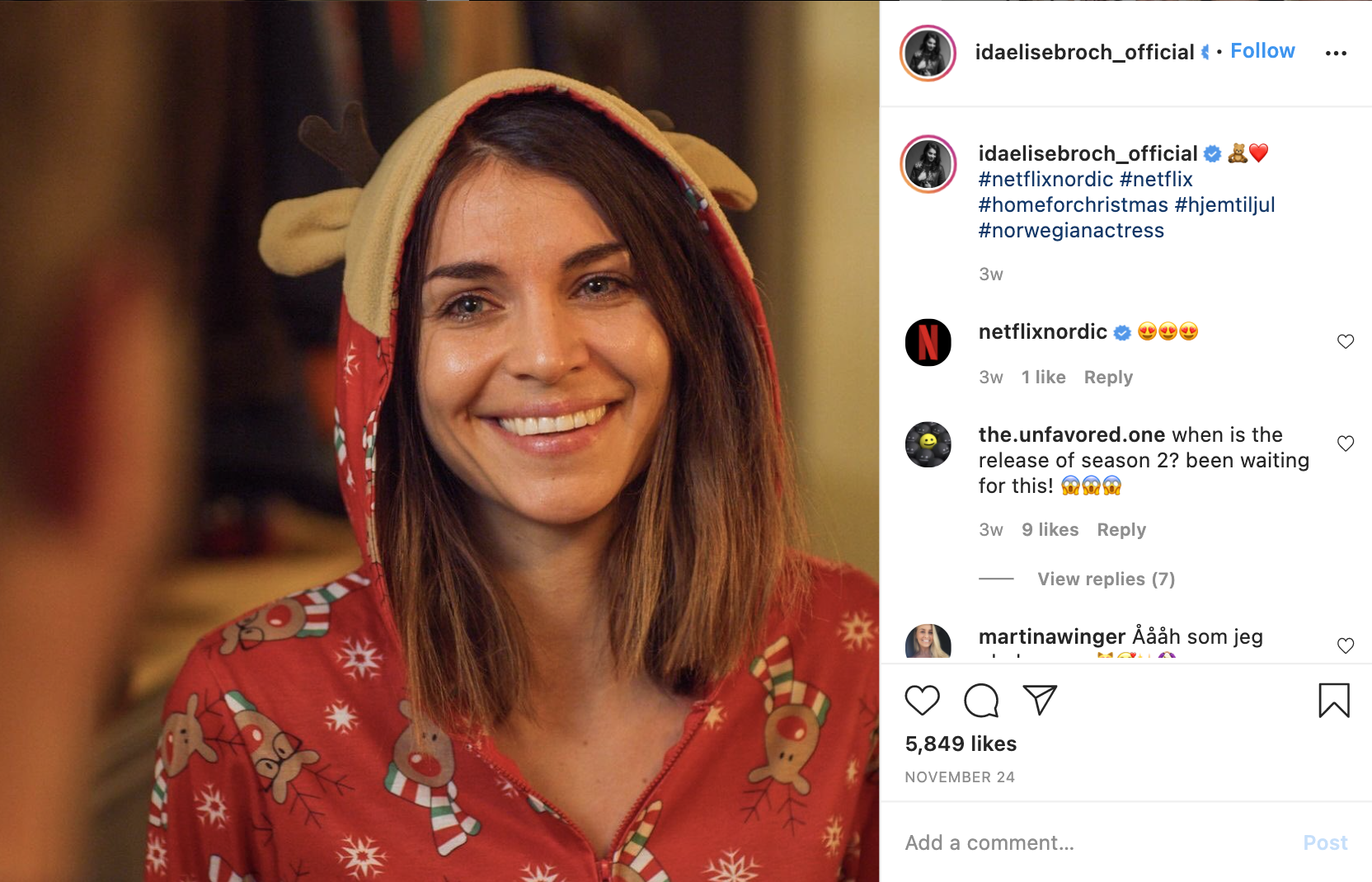 Her impressive performance as Birgitte in the third season of Netflix’s ‘Lilyhammer’ put her on the map as she also won the Best Actress award at the 2015 Gullruten (Golden Screen) Awards for it. Ida followed it with the role of a police detective Mari Friis in the Norwegian TV series, ‘The Third Eye.’ In 2019, Netflix introduced her to the entire world through its original series ‘Home for Christmas.’