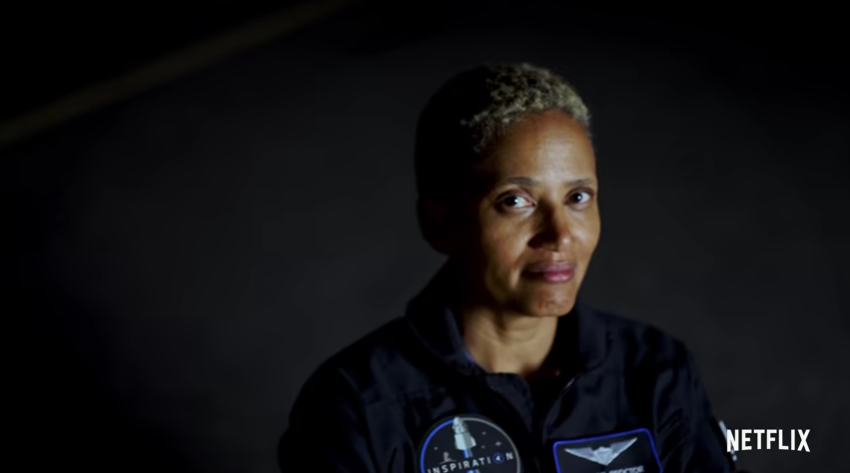 After years of persistence with her passion for space exploration, Dr. Sian Proctor is now a commercial astronaut known for representing prosperity and serving as the Mission Pilot aboard SpaceX’s Inspiration4 — the first-ever all-civilian spaceflight in the world. Apart from being one of the initial “commoners” to orbit Earth, Sian is only the fourth Black woman to go into outer space and the first Black woman pilot, which, as examined on Netflix’s ‘Countdown: Inspiration4 Mission to Space,’ will open the doors for many more. So now, let’s learn more about her, shall we?

Dr. Sian Proctor was born on March 28, 1970, in Hagåtña, Guam, to Edward Langley Proctor Jr. and Gloria Deloris. She’s the youngest of four children, with two brothers, Edward Proctor III and Christopher Proctor, and sister Robyn Selent. In her own words, Sian is an Apollo 11 moon-landing celebration baby as she’s born exactly eight and a half months after its success and her father was a Sperry Univac engineer who worked at NASA at that time. After the Apollo era, though, Edward Jr. changed several jobs, so Sian has lived in New Jersey, New York, Minnesota, and other northern states.

I’m #almost50 & reflecting on my life. It’s a sad birthday for me because my parents are both gone & crazy times. I’ve got a box of stuff from my mom that I’m determined to go through to #celebrate my #life & their story. This is my only photo of just me & my parents!❤️ #mystory pic.twitter.com/XBLvMX95so

Due to the frequent moves and the surrounding situations, Sian developed an outgoing and adventurous personality, which helped her see the world in a different light. She even got labeled a “tomboy” because she “loved to fish, play sports, & most of all I loved building airplanes and dreaming of being a fighter pilot.” With this, it’s evident that her father was her biggest inspiration, but more importantly, he was also Sian’s proudest supporter.

In 2020, Sian tweeted, “What I loved about my dad is he supported me w/ EVERYTHING I wanted to do. I liked building model airplanes so he took me to the hobby store. I wanted a Rambo knife -he bought it for me. I wanted to play baseball -not a problem. He never told me I couldn’t do it.” Unfortunately, Edward Jr. passed away at the age of 48 in 1989 following a severe asthma attack, and Gloria Deloris followed unexpectedly in April 2018. It seems like Sian is closest to her brother Chris as they attended college together, yet all the siblings share quite a good bond with one another.

Going to college with my brother Chris turned out to be the best thing ever! I remember the day he came to find me. I figured it was going to be the same old BS but instead he said, “Let’s go.” I was like where? Let’s go party! We spent 3.5 yrs together & became super close. ❤️ pic.twitter.com/uGVczKHPiI

Dr. Sian Proctor has a Bachelor’s degree in Environmental Science, a Master’s degree in Geology, and a Ph.D. in Science Education, which has helped her serve as a geoscience and sustainability professor for over 22 years at South Mountain Community College in Phoenix, Arizona. Along with that, she’s an Open Educational Resource Coordinator for the Maricopa Community College District, the Vice President of Education at Star Harbor Space Academy, and an international Public Speaker.

Before Sian was elected to be a commercial astronaut, she was a science communication specialist who has completed four analog missions. These were the all-female Sensoria Mars 2020 mission at the Hawai’i Space Exploration Analog and Simulation (HI-SEAS) Habitat, the NASA-funded Mars mission at HI-SEAS, the Mars Desert Research Station, and a Moon mission in the LunAres Habitat. Sian was also a finalist for the 2009 NASA Astronaut Program but got eliminated in the last round.

As if all this wasn’t enough, the Dr. even has a TEDx talk called ‘Eat Like a Martian’ and has published a cookbook titled ‘Meals for Mars.’ Her motto is “Space2Inspire,” and she uses her Afrofuturism art to encourage conversations about the same, along with how more women of color can be included in the space industry. Sian wants to establish a J.E.D.I. (Just, Equitable, Diverse, and Inclusive) space for everyone, which is why she was selected to be in Explorer’s Club 50: Fifty People Changing the World.

From what we can tell, Dr. Sian Proctor prefers to keep her love life private. However, as per a few reports, she’s married to Stephen Borth, whom she met during her time at the Federal Emergency Management Agency (FEMA) Institute around 2012. Whatever the case may be, though, she seems perfectly content at the moment.

Read More: Is Jared Isaacman Married? Does He Have Kids?