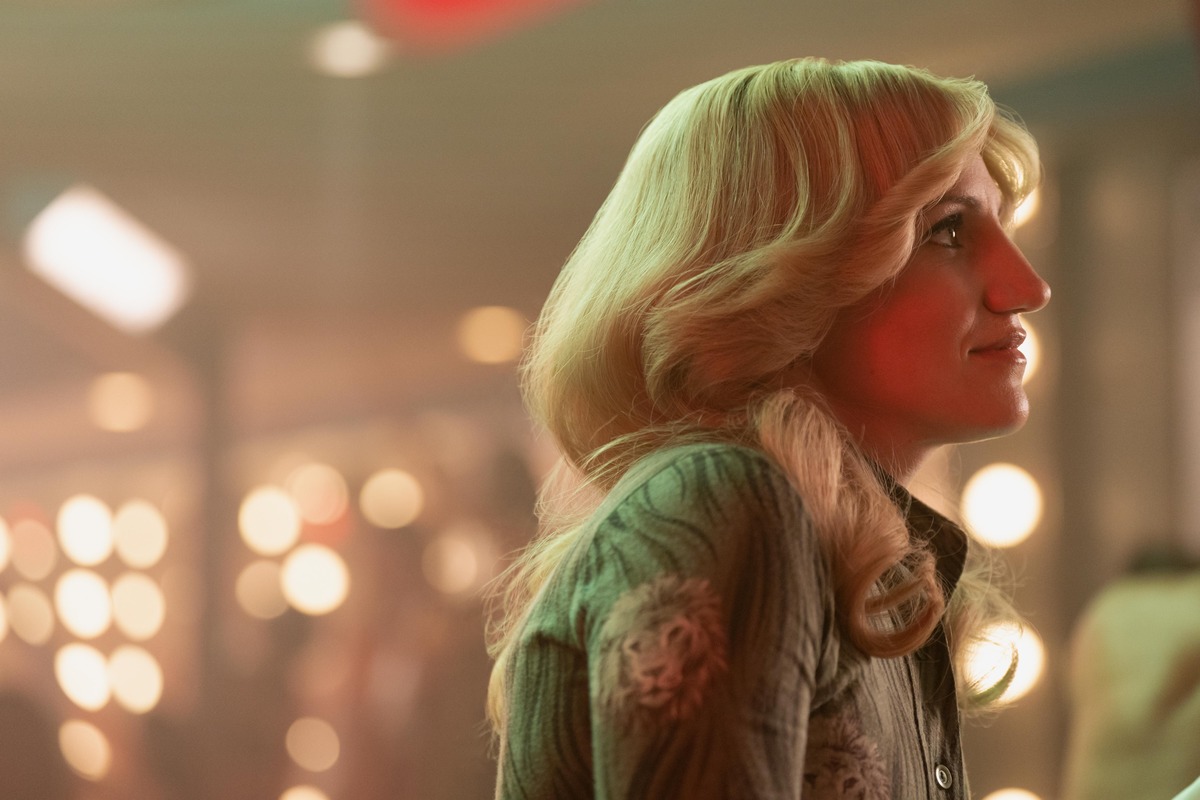 With Hulu’s ‘Welcome to Chippendales’ living up to its title in every way imaginable, we get a deep insight into the history of how an exotic male revue essentially became a cultural phenomenon. It doesn’t shy away from the origins of unlikely owner Somen “Steve” Banerjee either, meaning his personal life does get a pure spotlight amid the core aspects of sex, drugs, greed, and murder. So now, if you simply wish to learn more about one of his biggest supporters at every step of the way — Steve’s love, life partner, and wife, Irene Banerjee — we’ve got the essential details for you.

Who Was Irene Banerjee?

Apart from the fact that Irene grew up in a rather typical household with her parents, Anna and Wolodymyr Tychowskyj, and five siblings, there’s little to no information available on her or her early experiences. All we know is that she came across Somen Banerjee AKA Steve for the first time in the late 1970s, around the time he was establishing the Chippendales all-men club exclusively for women in Los Angeles, California. However, the Hulu original series does indicate she was an Accountant by trade and had actually connected with the India-born entrepreneur over a shared passion for revenue expansion.

In the Hulu production, Irene’s character (actress, singer, and Broadway star Annaleigh Ashford) states she’s the “black sheep” of the Tychowskyj clan as she didn’t join the family business. She comes from three proud generations of aluminum siding suppliers, so the assumption was she would join them upon graduating college. However, Irene reveals that her plans are much different. In the show, Irene apparently dreams of being a Hollywood bookkeeper, so she packs her bags and relocates at 22, only to work at Warner Brothers and a landscaping firm before meeting Steve a few years later.

It remains a little murky whether all these little fragments are a hundred percent accurate or not, but the one ostensible similarity between reel-life and real-life Irene is that she did cherish Steve. “I had no research to go from because there’s nothing about this woman,” performer Annaleigh said to elucidate the way she built this role from the ground up. “So the only thing I had to work off were the given circumstances of the situation, the real-life events. It was real important to me to create a person who was really human and complicated and still lived in the world of the late 70s and 80s.”

Annaleigh further added, “I also wanted to make sure that the connection that she had with Kumail [Nanjiani’s] character, [her husband] Steve, felt really authentic to the audience. Because if she loves him, then hopefully everybody loves him. That was important.”

How Did Irene Banerjee Die?

From what we can tell, Irene tied the knot with Steve Banerjee back in the 1980s, and they welcomed two adorable children into their lives — daughter Lindsay followed by son Christian — before everything blew up. Even when Steve was arrested on federal charges of attempted arson, racketeering, and murder for hire, targeting competitors as well as former employees, Irene seemingly never separated from him.

In fact, by the time her husband was to face justice in 1994, Irene had frantically managed to organize a group of character witnesses for him. As per reports, she hoped it would sway the judge to reduce Steve’s penalty of 26 years — the decided sentence in exchange for his guilty plea — but it didn’t work out. After all, the founder of the Chippendales took his own life mere hours before he was to be sentenced on October 23.

As for Irene herself, although she was left with their family, the entirety of Chippendales, along with all the money, properties, and assets associated with it, she never got to truly enjoy or relish them. That’s because she sadly passed away from breast cancer on February 8, 2001 — her son Christian, who became an orphan at the age of 10 or 11, said, “I saw her lose her hair… I saw her get chemo until she died.” Despite her passing, Irene lives in the memories of her family members and loved ones.