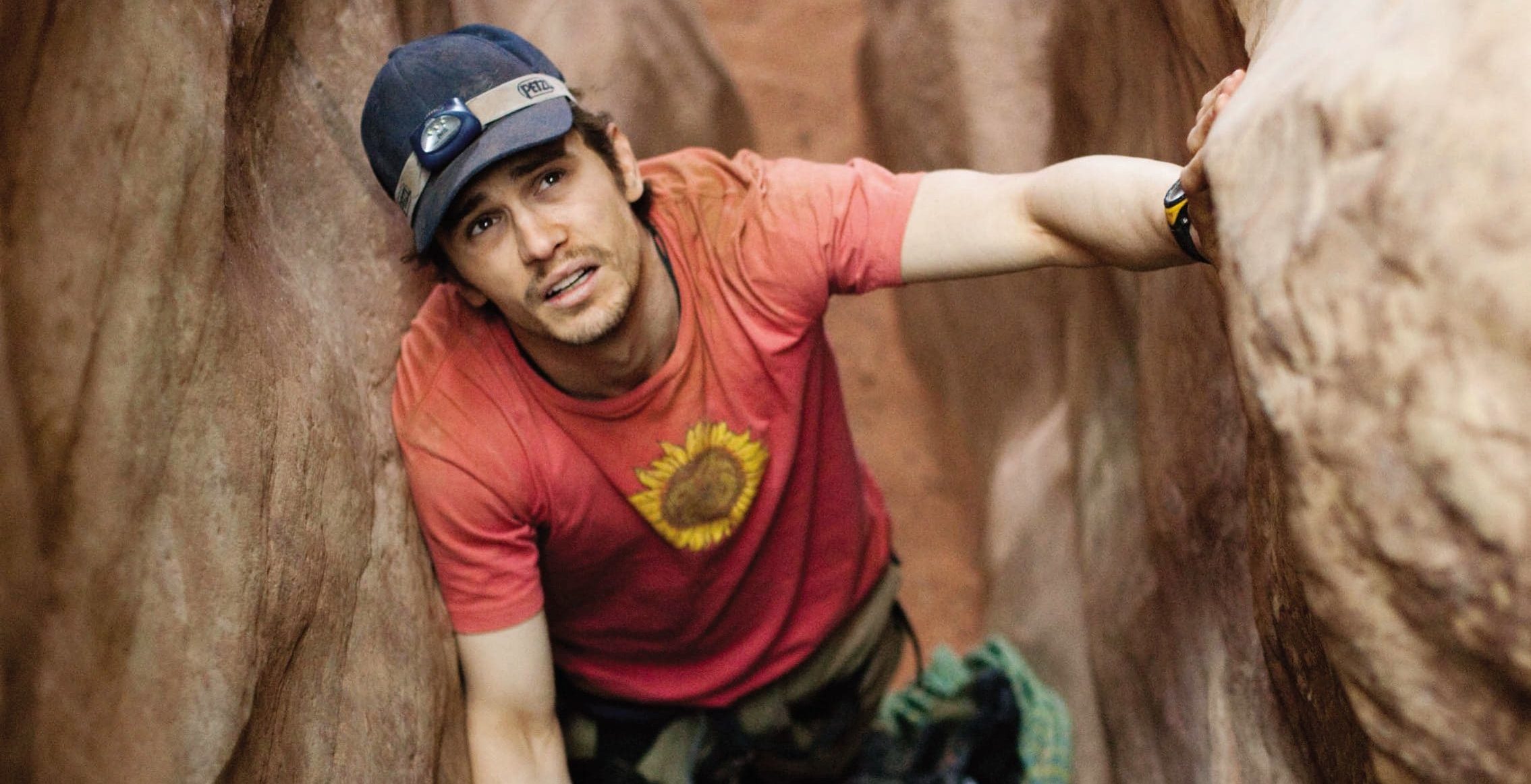 ‘127 Hours’ is a survival drama film directed by Academy Award-winning director Danny Boyle. Considered one of the best survival films of all time, the movie is an endearing tale of a canyoneer trapped underneath a boulder, inside a canyon slot. It stars James Franco, Kate Mara, Amber Tamblyn and Clémence Poésy in the lead roles. Despite its claustrophobic premise, the movie is a visually stunning treat elevated by its soulful background music, eye-catching cinematography, compelling performance by Franco, all of which help in perfectly conveying the protagonist’s predicament.

From screenplay to acting, the movie oozes realism in almost every aspect. Therefore, it is natural to wonder whether it is based on any actual incidents or inspired by a true story. If you are wondering about the same, allow us to share everything we know about the inspiration behind ‘127 Hours.’

Yes, ‘127 Hours’ is based on a true story. The movie is based on the experiences of Aron Lee Ralston, which he had documented in his 2004 memoir titled ‘Between a Rock and a Hard Place.’ The book became the source material for the film’s story. Ralston was born on October 27, 1975, in Marion, Ohio. A graduate of the prestigious Carnegie Mellon University, Ralston always had an affinity for outdoor activities, especially mountaineering and canyoneering. 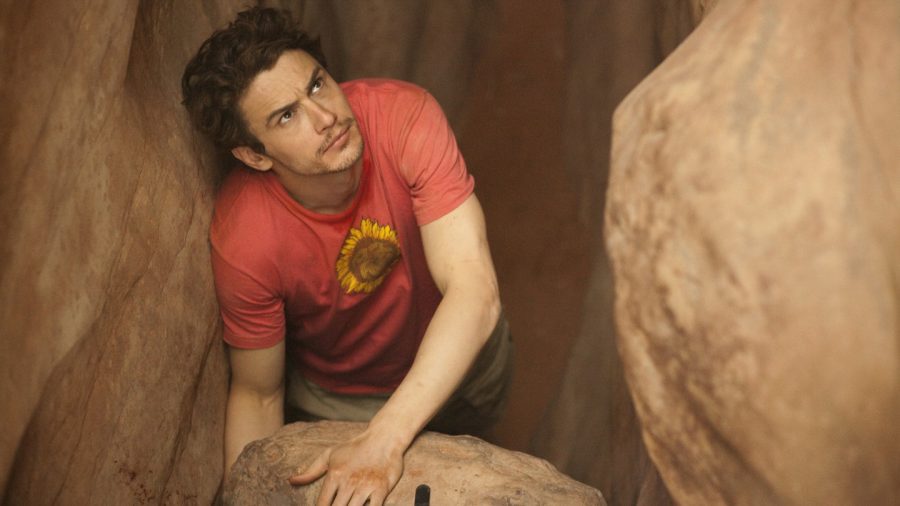 On April 26, 2003, Ralston undertook a descent of Bluejohn Canyon in Utah. During this journey, his hand got caught under a boulder that got dislodged, trapping him inside a slot canyon. Ralston had embarked on the hike alone without informing anyone. He also had no way to call for help. After surviving for 5 days, Ralston performed an amputation on his hand. He then climbed out of the slot, rappeled down a canyon wall nearly 20 meters tall, and hiked for 6-7 miles. Eventually, Ralston was rescued nearly four hours after his amputation.

The film is mostly faithful to Ralston’s real ordeal and gets most of the factual information right, including the method of amputation and the visions of his future son that motivate him to fight for his life. However, while the movie is factually and spiritually a realistic depiction of Ralston’s remarkable story, it does make some cosmetic changes/additions. 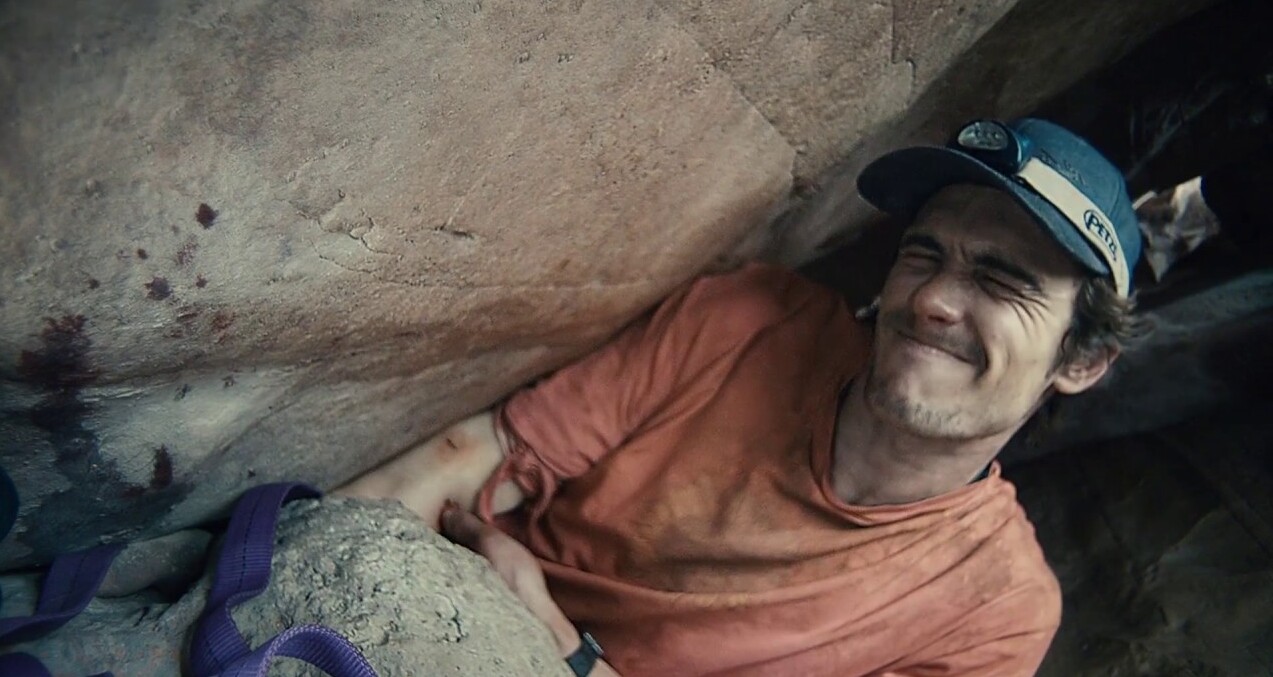 Firstly, at the start of the film, Ralston meets two girls and helps them find a pond in the canyons. The trio then ends up taking a dip in the pond, and the girls invite him to a party before going their separate ways. In reality, Ralston merely showed the girls some basic climbing moves. As a result, the hallucinations Ralston has about the party are elements of fiction. Similarly, Ralston’s hallucination of imagining himself on a game show is also a work of fiction.

Ralston did record a series of videos as a farewell message to his family. However, he has admitted that these videos were never seen by anyone other than his family. Ralston’s rescue resulted from the rescue operation launched by his family, a fact that is left understated in the film. However, he did receive help from a family hiking in the area, as seen in the film. The movie was filmed in the exact same location where Ralston was trapped. Since the incident, Ralston has gone on to become a motivational speaker and continues to enjoy veering out in the wilderness, but now with more precaution and care.

Inspired listening to Aron Ralston @RalstonSpeaks share his amazing story. We all have the opportunity to move our "boulder" with the power of love. Thank you to @ARCONAssociates for inviting Hillside SD#93 to this amazing event! pic.twitter.com/KtEsBRM2Gi

“The movie is so factually accurate it is as close to a documentary as you can get and still be a drama,” Ralston told The Guardian. Therefore, the liberties taken by the film are negligible. Co-writer Simon Beaufoy had a spirited discussion with Ralston before penning the screenplay and explained to him the importance of fictionalization when adapting a true story. “This is why it’s a feature film and an interpretation of Aron’s story. It’s not just a factual study of a survival story,” Boyle said about Ralston’s journey while speaking to NatGeo.

He further added, “It’s that Aron needs to make a personal pilgrimage. It’s about him realizing how he longs to see the people who have loved and sustained him, to speak to them once more.” The writer and director’s intent was always to make a moving cinematic experience without diverting from the real incident. Ultimately, the added fictional elements in ‘127 Hours’ help the viewers to experience and understand the emotional weight of Ralston’s inspiring true story without altering the facts.

Read More: Where Was 127 Hours Filmed?