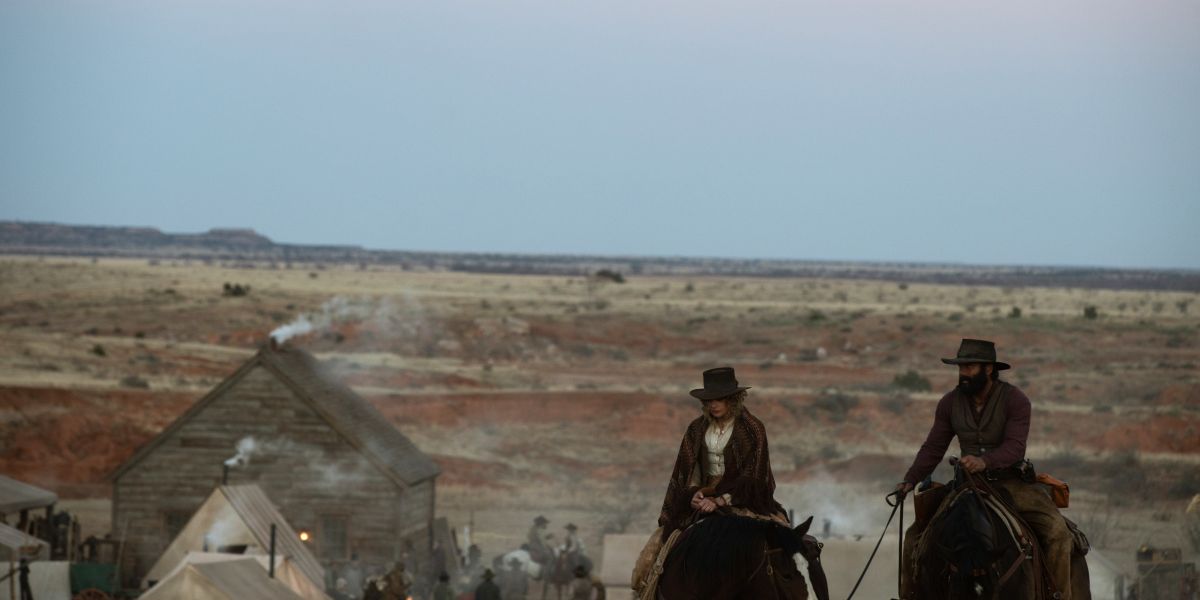 ‘1883‘ follows a group of immigrants and cowboys traveling across the Great Plains. In their search for a place to call home, the wagon camp travels towards Oregon but must navigate rugged terrains en route. In the sixth episode, the caravan is preparing to venture outside Texas, but first, they must make an essential stop.

The travelers halt in Doan’s Crossing to regroup and gather supplies before entering the Native American territory beyond Texas. Since the show combines various real-world elements with its fictional narrative, it is natural for viewers to wonder whether Doan’s Crossing is based on a real place. In that case, here’s everything we know about Doan’s Crossing! SPOILERS AHEAD!

Is Doan’s Crossing a Real Place?

In episode 6 of ‘1883’ titled ‘Boring the Devil,’ the caravan led by Shea Brennan arrives at a small settlement on the Texas-Oklahoma boundary. The place is named Doan’s Crossing and is situated on the banks of the Red River. At Doan’s Crossing, Shea hires cowboy Colton to replace Ennis after the latter’s death while Thomas recruits a cook named Cookie. It is stated that Doan’s Crossing is the last safe trade post between Texas and Kansas.

Doan’s Crossing is based on a real-life location that served a similar purpose during the 19th century. In general terms, Doan’s Crossing is a part of the Great Western Trail that historically served as a route for driving cattle up North. Doan’s Crossing lies towards the North of Vernon, Texas, and was a significant location in the cattle trading industry during the late 1800s.

The show’s depiction of Doan’s Crossing has historical accuracy as a trading post existed in the place since the 1880s. The Doan family members, the first folks to settle in Wilbarger County, arrived in the region and created the trading post in 1881. Jonathan Doan and his nephew, Corwin Doan, established the trading post one mile from the Red River towards the southwest direction. They built their house and store near the trail through which various ranchers passed with their cattle on their way to Dodge City, Kansas.

Due to its strategically planned location and the large number of cattle that passed through the trail, Doan’s Crossing became the hub for human activity in the region. As a result, Doan’s Crossing became a community, and aside from a store, a saloon, a school, a hotel, and other concrete constructions were created. However, the settlement’s fortunes turned after the construction of rail tracks connecting Fort Worth, Texas, and Denver, Colorado. Thus, after the 1880s, activity in Doan’s Crossing drastically reduced. However, it still holds cultural significance in the history of Texas. Presently, the original store run by the Doans and some old houses can be found in Doan’s Crossing.

Read More: Was it Really Illegal to Swim in Germany as Shown in 1883?