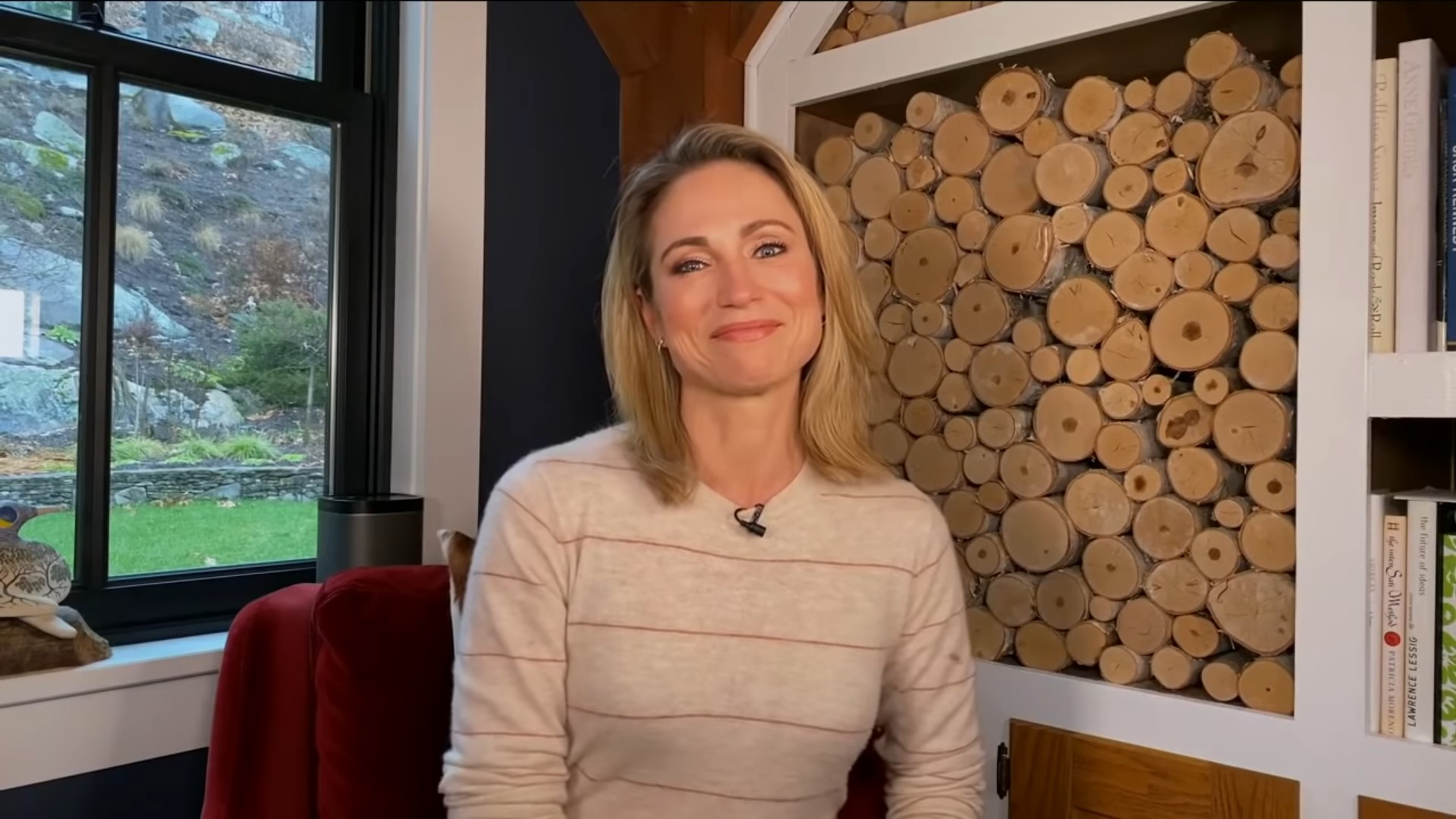 ‘Amy Robach’ is perhaps best known for co-anchoring ABC’s ‘20/20’ with David Muir. However, this outstanding TV presenter has held the prestigious position of a national correspondent for NBC and has lent her skills to numerous other TV and news programs to date. Amy kicked off her career with WCBD before moving on to WTTG and eventually settling down in NBC. After a successful career as an MSNBC anchor and a ‘Weekend Today’ co-anchor, Amy left NBC to take up an offer with ABC.

Success never eluded her even in her new workplace, and Amy soon found herself as the news anchor on ‘Good Morning America’ before going on to co-host ‘20/20.’ Apart from journalism, Amy also appears in the 2018 movie ‘Ocean’s Eight,’ and plays the role of Lila Campo in ABC’s TV series ‘Castle.’ With such a successful career and experience of working at two prestigious media houses under her belt, it is no wonder that fans want to know more about Amy Robach’s private life. Well, here’s what we found out!

Amy Robach was once married to Timothy Allen McIntosh. Tim is a former professional baseball player who even played in the prestigious Major League Baseball. He started his baseball career with the Milwaukee Brewers in 1990 and even played for the New York Yankees in 1996. The couple tied the knot in 1996 and were initially ecstatic in their married life. Amy and Tim are also proud parents to two beautiful children.

Unfortunately, their marriage did not work out, and soon the cracks began to develop in their relationship. In 2008, Amy decided to file for divorce and her ex-husband, Tim, chose not to contest it. Fortunately, their divorce was amicable, and the two have remained on excellent terms with each other. Tim McIntosh was even present when Amy decided to walk down the aisle a second time.

Amy Robach is happily married to Andrew Shue. Andrew has dabbled his foot in numerous fields, including a successful stint as an actor where he is most recognized for his portrayal of Billy Campbell in the TV show ‘Melrose Place’ from 1992 to 1999. He has also played professional soccer in Zimbabwe and is a co-founder of the social network CafeMom. Amy and Andrew met at a book party in April 2009. Reports claim that the two were introduced to each other by mutual friends. During that time, Amy was fresh off her divorce from Tim McIntosh.

Furthermore, Andrew and his ex-wife, Jennifer Hageney, has also divorced in 2008 (he had three sons from his past marriage). Soon, Amy and Andrew found mutual chemistry and fell for each other. The couple had a whirlwind romance, and in September 2009, the couple got engaged. Their marriage date was fixed to be on February 6, 2010, which was also coincidentally Amy’s 37th birthday. The ceremony, which was held at The Lighthouse at Chelsea Piers, was a beautiful affair. Tim McIntosh and Jennifer Hageney were a part of the celebrations while Andrew’s mother officiated the ceremony.

After her marriage to Andrew, Amy became a mother to three step-sons alongside her daughters from her previous marriage. As fate would have it, just three years into their marriage, the couple hit a bump in the road when Amy was diagnosed with breast cancer. The terrible news brought some tough times for the couple. Later, Amy mentioned how their marriage was facing problems as it was a second marriage with a “blended” family. She claimed that most second marriages like these fail and that she and Andrew, too, were struggling to settle into their lives.

However, when Amy was diagnosed with stage 2 invasive breast cancer, she claimed that the couple’s dynamic changed. Andrew being there with her and supporting her every step of the way helped their relationship prosper. In an interview on ‘The Doctors TV,’ Amy revealed, “We were really struggling. It is not easy to blend families… and then when the cancer diagnosis came we were still struggling. It wasn’t like it suddenly got better, but through fighting for my life and having Andrew there with me for every single chemo appointment, holding my hand, we started learning how not to sweat the small stuff.”

At present, the couple is blissfully happy with each other, as is evident from the heartwarming posts they share on their social media profiles. They also love making time out of their busy schedule to spend with each other and make wonderful memories. It is truly inspiring and lovely to see how much love the couple still shares after living together for so many years.

Amy Robach is a proud mother to five wonderful children, two daughters from her marriage with Tim McIntosh, and three step-sons from her marriage to Andrew Shue. Out of her daughters, the elder, Ava, was born in 2002 while the younger, Annalise, came into this world in 2006. At present, Ava goes by the name of Ava Monroe on Instagram, and it seems like she is a student at the prestigious New York University’s Tisch School of the Arts, along with being a part of the Atlantic Acting School.

She is also the executive director of The Cure Campaign. Additionally, Ava is also the Vice President for the “VOTE2000” campaign powered by Do Something. On the other hand, Annalise is quite active on social media and enjoys her life in New York City. Both daughters appear to be extremely close to their mother and seem to enjoy her company.

Amy’s step-sons are Nathaniel (Nate), born in 1996, Aidan, born in 1999, and Wyatt, born in 2004. Nathaniel is a graduate of the Santa Clara University, where he pursued Communication and Film/Cinema/Video Studies. While in university, he also played for the Division 1 Men’s Soccer team and worked as a data entry operator for Café Media as well as a research assistant for ThePeopleOrg. Additionally, Nate took an interest in drama while in university and was featured in a production of ‘Dry Powder.’ At present, Nate is working as a private soccer coach in Los Angeles.

Nate’s brother, Aidan, is a graduate of Syracuse University, where he earned a Bachelor’s degree in Economics. Aidan has interned in prestigious organizations like Boomtown and Cushman & Wakefield, along with playing professional soccer for Highlanders FC in Zimbabwe. At present, he works as an Incoming Business Analyst in Nasdaq.

However, the youngest son, Wyatt, prefers to keep his life private and has a limited social media presence. Nevertheless, the love, care, and togetherness this family shares are remarkable, and we hope happiness never eludes them in the coming days.