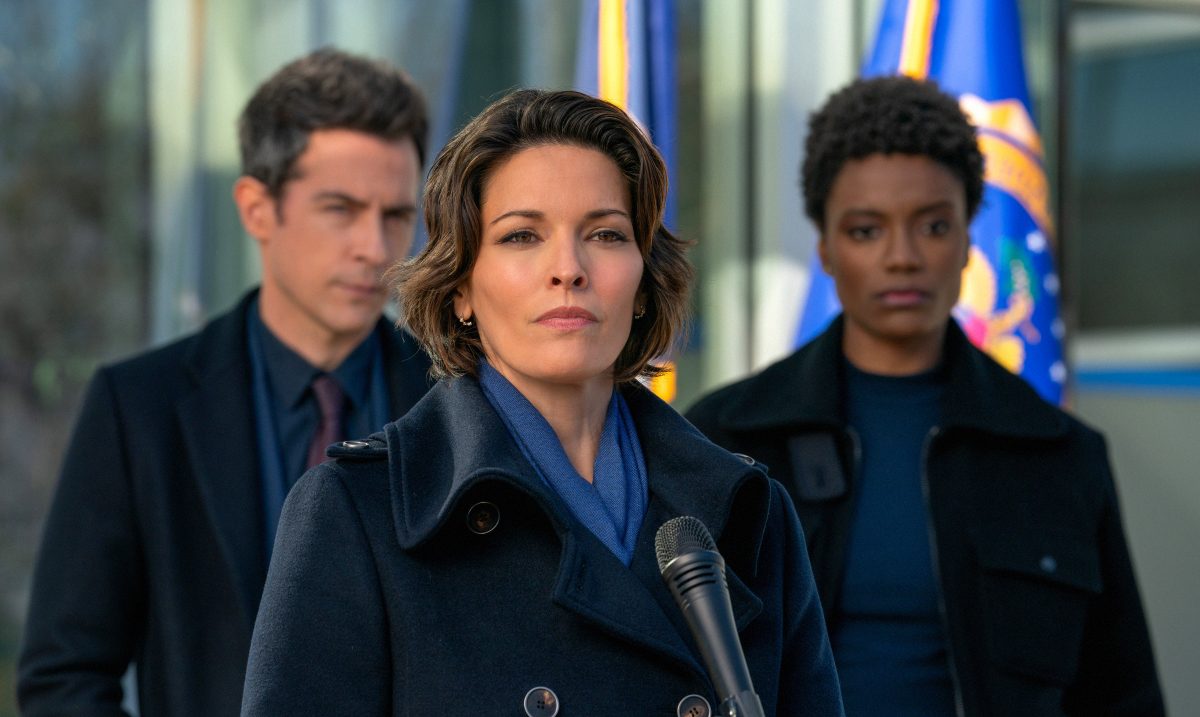 ‘FBI’ is one of the more recent cop dramas to air on cable television and comes with some pedigree as it is co-created by seasoned veteran Dick Wolf, who is known for his role in creating the ‘Chicago’ and ‘Law & Order’ franchises. Add to that a spectacular star cast and strong interpersonal character drama, the series has become a hit and draws in strong ratings. However, a recurring trend in the series has been the departure of the team’s leader.

After Connie Nielsen and Sela Ward, another actress whose character serves as the team’s supervisor could be headed for an exit. Rumors that Alana de la Garza, who essays the character of Special Agent in Charge (SAC) Isobel Castille, is departing the series have been making the rounds recently. But is the actress actually leaving the popular drama? Here’s what we know.

Alana de la Garza first appears in the eighteenth episode of ‘FBI’ season 1, titled ‘Most Wanted,’ which serves as the backdoor pilot for the spin-off series ‘FBI: Most Wanted.’ Her character Isobel Castille is the Assistant Special Agent in Charge of the fugitives division, and she appears in three episodes of the spin-off’s first season. De la Garza was later moved from ‘FBI: Most Wanted’ to the parent show ‘FBI’ during its second season. She takes over the leadership reigns from the outgoing SAC Dana Mosier in the second season premiere, titled ‘Little Egypt.’

Initially seen as something of an antagonist because of her no-nonsense methods, the team members, especially Special Agent Bell and Special Agent Zidan, eventually start to respect her and see the value in her methods. Isobel has zero tolerance for internal politics and proves herself as a competent leader. In early season 3, Isobel is forced to release notorious criminal Vargas and receives heat for her decision from her superiors. Since then, she has taken the back seat, which has sparked fan speculation that actress Alana de la Garza could be set to depart the series. While there has been no official comment on the matter from de la Garza, and the producers (or the network) are yet to address the rumors, the possibility of her exit cannot be denied.

Another spin-off series tentatively titled ‘FBI: International’ has been in development for some time. It was announced in March 2021 that the new spin-off would be moving forward at CBS. Considering how de la Garza’s Isobel serves as the connective tissue between the parent series and its first spin-off, the idea that she could play a similar role in the new spin-off certainly has some credibility.

With her experience and skills, Isobel would be a perfect fit for a team undertaking international missions. Moreover, it would give fans of ‘FBI’ a reason to tune into the new spin-off. On paper, the move makes sense, but there is yet to be any confirmation of it materializing. ‘FBI’ has been renewed for a fourth season, and it remains to be seen whether the actress returns for the new installment. For now, fans can continue to enjoy de la Garza’s power-packed performance as the headstrong SAC Isobel Castille for the remainder of ‘FBI’ season 3.