Is Alone Together on Netflix, HBO Max, Hulu, or Prime? 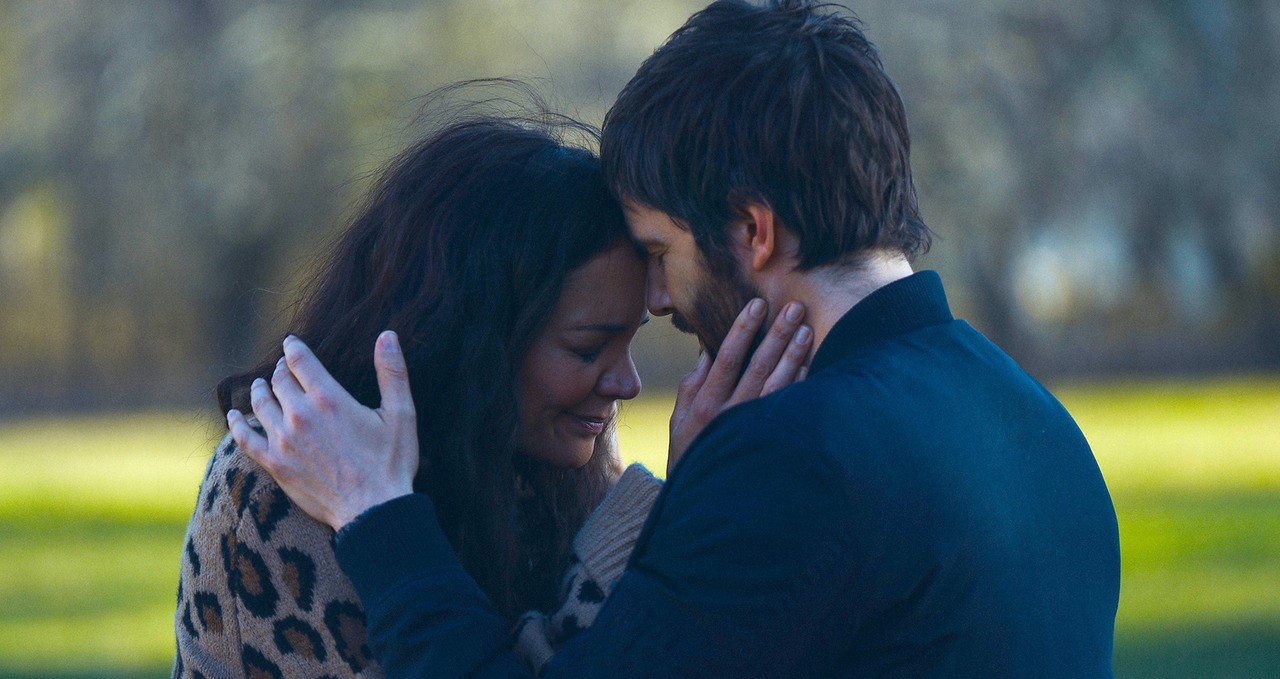 ‘Alone Together’ is a romantic drama film that highlights the relationship that two strangers share by bonding over their respective relationship issues when they somehow wind up in the same Airbnb in upstate New York City. Written and directed by Katie Holmes, she even stars in the drama along with some other talented actors and actresses, comprising Jim Sturgess, Derek Luke, Zosia Mamet, and Melissa Leo.

The stellar cast performances enhance the overall quality of the narrative and keep the viewers hooked on the movie from the beginning to the end. If you are a fan of the genre, you will likely be eager to learn more about this romantic movie. In that case, we have all the necessary information you might require!

What is Alone Together About?

Set in upstate New York City during the pandemic, the narrative revolves around a food critic named June who decides to go on a short romantic getaway with her boyfriend, John. However, when she arrives at the booked Airbnb before her boyfriend, she finds out it is double-booked by a young man named Charlie. As John is forced to stay back in the city and take care of his parents, June and Charlie start bonding and develop an intimate yet unexpected connection with each other. If you want to find out what happens with the food critic’s love life, you will have to catch the film yourself. Here are all the ways you can do so!

Is Alone Together on Netflix?

Netflix subscribers will need to look for ‘Alone Together’ on other platforms as the romantic drama film is unavailable on this streaming giant. However, you can still make the most of your subscription by tuning into other alternatives on the platform, such as ‘Love & Gelato‘ and ‘The Last Letter From Your Lover.’

Is Alone Together on Hulu?

No, Hulu doesn’t house ‘Alone Together’ in its expansive collection of movies and TV shows. But you always have the option of catching other similar movies accessible on the streamer. You might enjoy watching ‘Together‘ and ‘Mark, Mary & Some Other People.’ Although the former doesn’t involve a love triangle, it depicts a couple’s life during the lockdown, much like ‘Alone Together.’

Is Alone Together on Amazon Prime?

Amazon Prime might not have ‘Alone Together’ as a part of its massive library of content, but the streaming giant has several other alternatives that the subscribers can enjoy instead. We recommend you watch ‘I Want You Back‘ and ‘Take This Waltz.’

Is Alone Together on HBO Max?

HBO Max subscribers might be disappointed to know that ‘Alone Together’ is not included in its extensive catalog. Alternatively, you can watch similar romantic dramas on the platform, like ‘How Do You Know‘ and ‘Last Night.’

Where to Watch Alone Together Online?

Even though ‘Alone Together’ has been released exclusively in theatres, there are a few ways in which you can watch the romantic drama online. You have the option of purchasing it on Spectrum on Demand, Vudu, iTunes, and YouTube.  But if you wish to watch the romance between June and Charlie blossom on the big screens, you can always check out show timings and book tickets on Fandango.

How to Stream Alone Together For Free?

As mentioned above, the Katie Holmes directorial is unavailable on digital platforms; hence, there is currently no way for you to stream ‘Alone Together’ for free. Though, you can hope it is made available on any of the online platforms offering a free trial to their new subscribers. Meanwhile, we encourage our readers to pay for the relevant subscriptions to watch their preferred movies and shows rather than turn to illegal methods for doing the same.