Is American Underdog Based on a True Story?

‘American Underdog’ is a sports drama that follows the remarkable story of a football player who goes from stocking shelves to becoming a two-time MVP and Hall of Fame quarterback. During his ups and downs in the sport, the player also meets the love of his life, once again in the most unexpected of ways. The protagonist’s meteoric rise seen in the movie, to say nothing of his serendipitous romantic life, is almost unbelievable. For a player to go from stocking shelves to leading his team to a Super Bowl victory must surely be a fictional sports story. Or would it? Let’s take a look at whether ‘American Underdog’ is based on a true story or not.

Is American Underdog a True Story?

Yes, ‘American Underdog’ is based on a true story. The film follows the real-life journey of former football quarterback Kurt Warner, who went from being an undrafted player to winning the Super Bowl. Directed by Andrew and Jon Erwin, a lot of the film’s narrative is also reportedly taken from the 2000 biography ‘All Things Possible: My Story of Faith, Football, and the First Miracle Season’ by Kurt Warner and Michael Silver.

According to the former NFL player himself, much of what the film depicts is how things played out in real life as well. After being released from the Green Bay Packers before the regular NFL season, Kurt started working as a graduate assistant coach. During this time, to make ends meet, he stocked shelves at a Hy-Vee grocery store in Cedar Falls. Finally, with no calls from the NFL, he began playing in the Arena Football League.

In 1998, he signed with the St. Louis Rams and started as the practice-squad quarterback. However, things then changed when, against overwhelming odds, Kurt led the Rams to the Super Bowl victory in 2000 while also being named the Most Valuable Player. He then earned his second league MVP award the following year before taking the Rams to the 2001 Super Bowl.

As one can imagine, the remarkable turnaround has made Kurt’s story one of the most remarkable ones in NFL history, and ‘American Underdog’ attempts to do it justice by accurately depicting many of its highlights, from his college drills to the time spent playing arena league football, and most notably the time when the head coach Dick Vermeil made Kurt the team’s starter after the Rams’ original starter, Trent Green, was injured. In fact, the film reportedly features the exact words that Vermeil said to Kurt: “There’s something special about you, son, and I can’t wait to find out what it is.”

Apart from his football career, the film also dives into the former NFL player’s romantic life and once again stays close to the truth. The way he met his future wife, Brenda, quite by chance at a barn dance is accurate, as is her depiction as a single mother of two at the time. Interestingly, even the specific bar where they met was seemingly recreated for the movie. 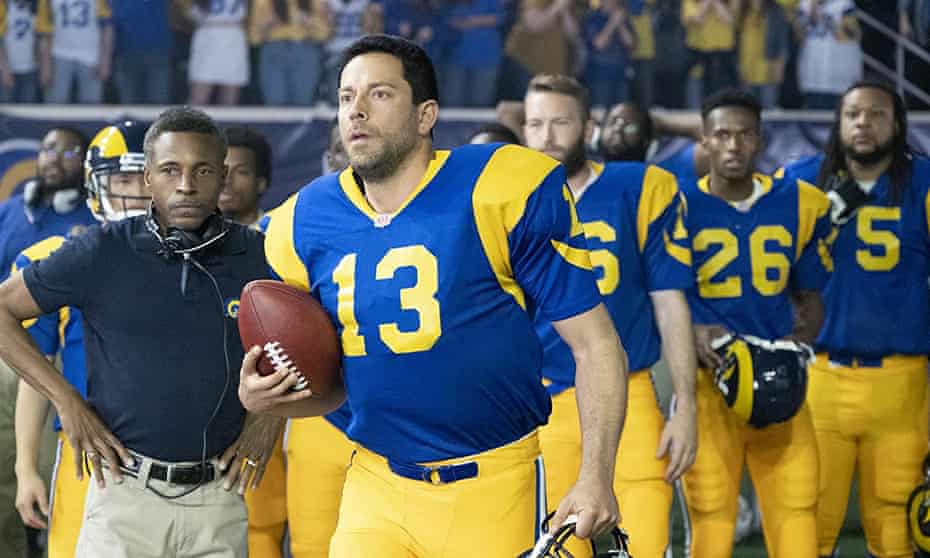 The sports biopic also covers the tragic death of Kurt’s (future) in-laws during a tornado. Both Kurt and Brenda, who are also executive producers on the film, claimed that telling the complete story was vital for them — something that is apparent in the accurate real-life details seen in ‘American Underdog.’

One of the few places where the film has taken artistic credit is a scene featuring a pre-match lockerroom kiss between Brenda and Kurt. In real life, according to the former, the two didn’t go near each other before a game as Kurt would be “in this zone.” However, the kiss and embrace they shared after big NFL victories have been widely publicized and are accurately recreated in the film.

Thus, ‘American Underdog’ is very closely based on a true story and attempts to do justice to one of the most remarkable success stories of the NFL. Kurt Warner, on whose life the film is based, and his wife, Brenda, have been closely involved in the making of the film, resulting in a screen adaptation full of true-to-life details. On the rare occasions where some artistic license has been taken, the filmmakers have still stuck to the spirit of what happened in real life, making ‘American Underdog’ an accurate and inspiring sports biopic.