Is Anya Taylor-Joy Dating Anyone? 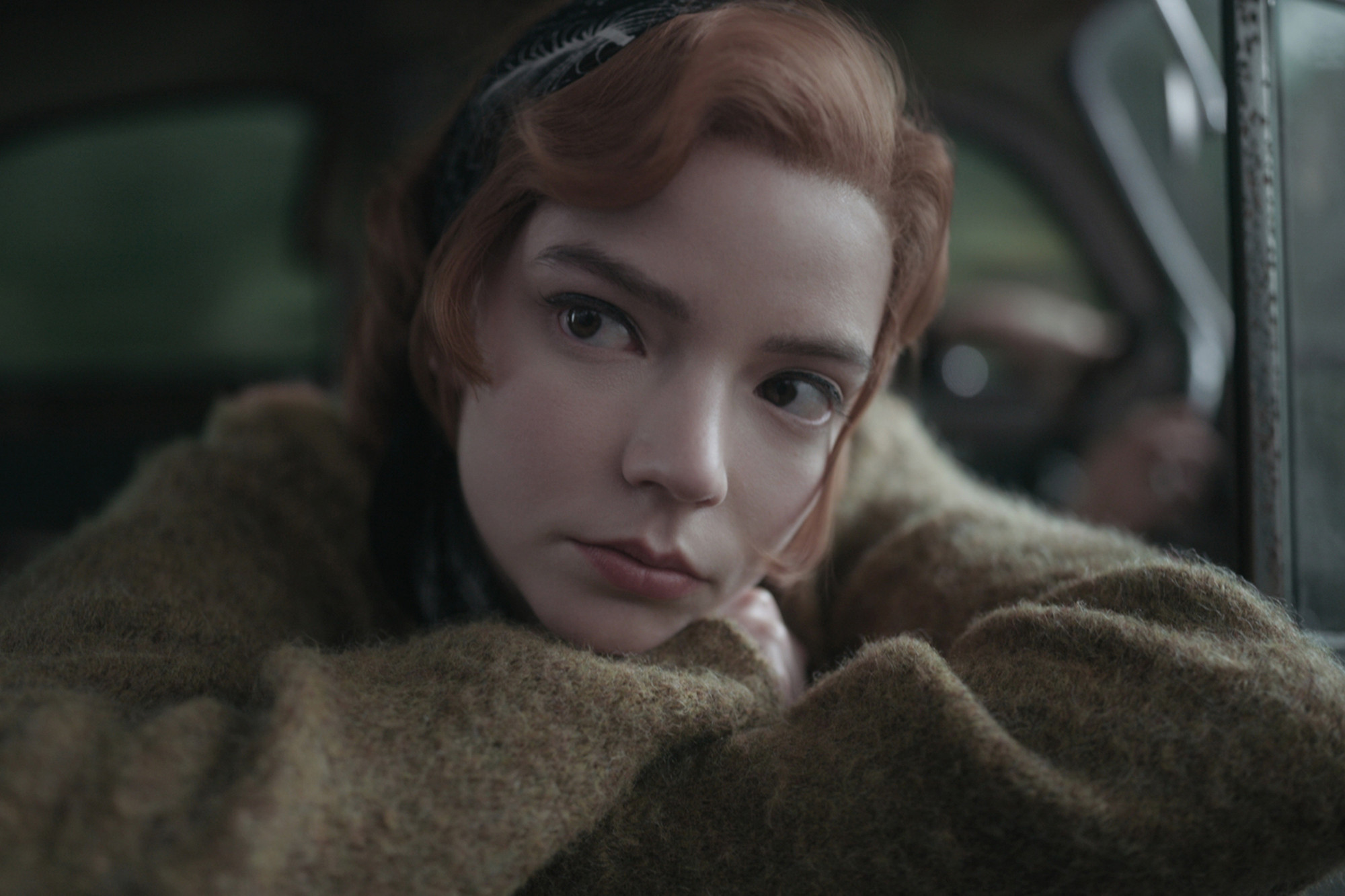 Anya Taylor-Joy has made quite a name for herself in the television and film industry in less than a decade. She made her screen debut with ‘Endeavor’ and quickly rose to prominence with ‘The Witch,’ a period supernatural horror movie. Her impeccable performance as Thomasin brought to her immense critical acclaim and multiple awards. The Florida-born Argentine-British actress has continued to win hearts with significant roles such as the psychological horror film ‘Split’ and the black comedy ‘Thoroughbreds.’

In 2017, the actor became the recipient of the Cannes Film Festival’s Trophée Chopard and also bagged a BAFTA Rising Star Award nomination. Taylor-Joy’s noteworthy performances in BBC One’s ‘The Miniaturist’ and ‘Peaky Blinders,’ in addition to lending her voice to Brea on Netflix’s ‘The Dark Crystal: Age of Resistance‘ has made her a fan-favorite.

Anya Taylor-Joy’s already established acting career got a further boost after her performance in the Jane Austen adaptation ‘Emma’ and Netflix’s ‘The Queen’s Gambit,’ both of which earned her Golden Globe and Satellite Award nominations. Renowned as the new scream queen, she has always remained tight-lipped regarding her dating life. We put on her investigative glasses to dig out the following details about her, and here’s everything we found out!

Anya Taylor-Joy’s romantic life came under much speculation after being linked to the Irish actor Eoin Macken in 2016. It is believed that the duo crossed paths on the set of ‘Crossmaglen,’ a short film the two worked in. In November 2016, Macken publicly complimented his alleged beau, and their fans got all the confirmation they needed. Taylor-Joy and Macken never officially announced their relationship except for posting adorable pictures on their respective social media accounts. 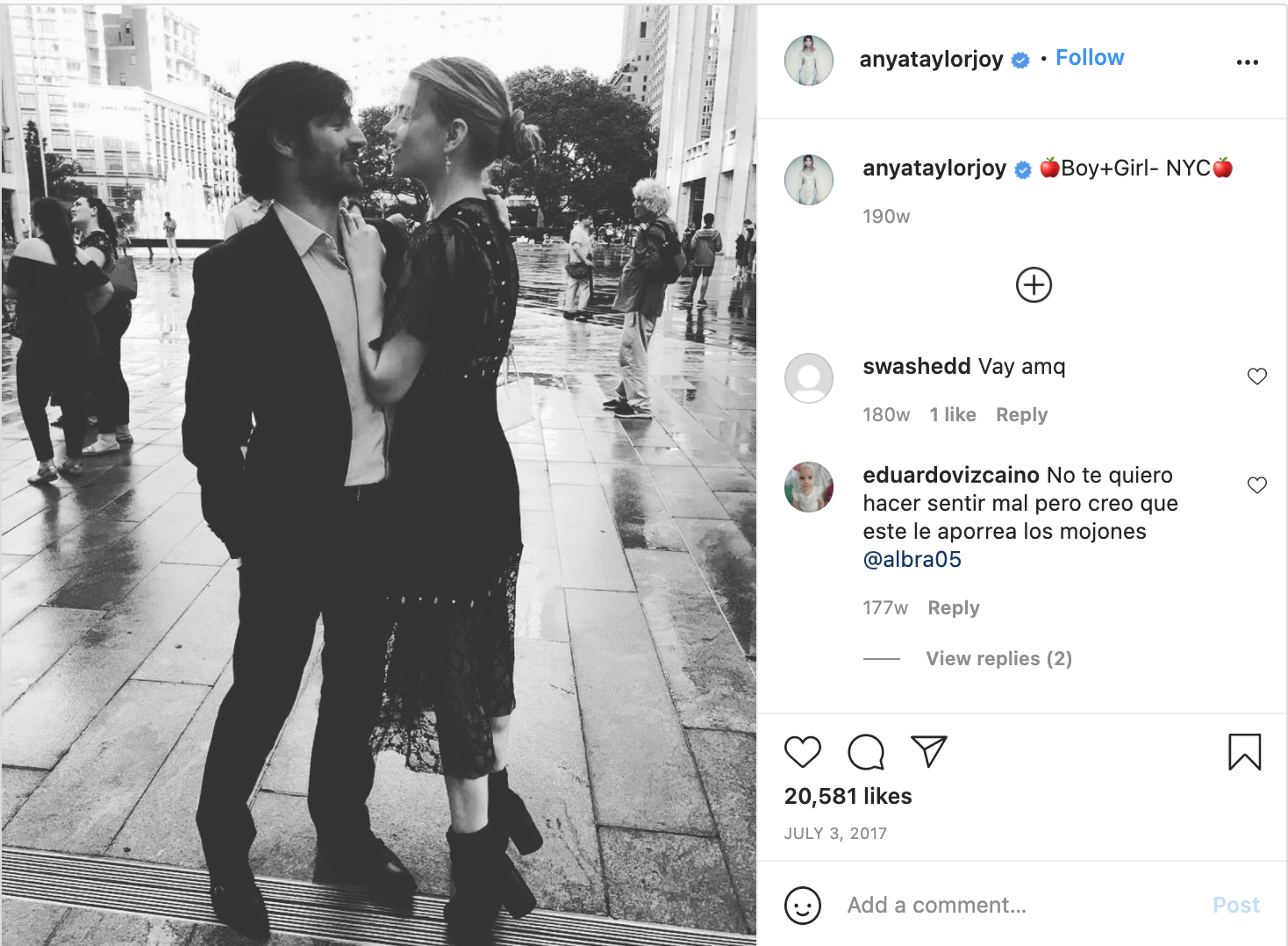 In October 2017, Taylor-Joy added fuel to the fire of their dating rumors by sparking tittle-tattle about a possible engagement. She appeared at the 61st BFI London Film Festival Awards, wearing a dazzling ring on her finger. In December of the same year, she and her maybe-fiancé, Macken, were spotted kissing outside a restaurant in Pennsylvania, Philadelphia.

However, the heart-melting peck made headlines for an entirely different reason – Taylor-Joy still sported the ring on her finger! Taylor-Joy continued to flex it until April 2018, after which she attended the 2018 Met Gala in May without wearing it. The two worked together in August 2018 on an Irish-American drama film, ‘Here Are the Young Men,’ written and directed by Macken but never addressed the split rumors. It is speculated that they must have parted ways during the filming as the talented artists never worked together again.

If her past dating history was not sufficient proof, Anya Taylor-Joy outright admitted to The Guardian n March 2018 that she would always prefer being “anonymous” over being too expressive. In the same interview, she also added, “…I think the idea of someone being interested in me — I’m quite a private person — is a bit daunting, but I try not to think about it.” On the contrary, it is interesting to know that she candidly spoke about the first kiss of her life, which happened on a trampoline at the age of 14. But other than this, the ‘Emma’ fame actor has made it a point to keep her private life under the wraps.

Despite remaining mum about it, in May 2020, Taylor-Joy made ripples for strolling with her rumored boyfriend, photographer Ben Seed. Both were casually dressed and hanging out amid London lockdown when they got tagged as a “lovely couple.” However, none of this is enough to establish that they are, in fact, romantically involved. Considering the actor’s aforementioned statement, the chances of Taylor-Joy ever making an official statement about her relationship status seem quite bleak.