Is Ashley Banjo Married? Who is His Wife? Does He Have Kids? 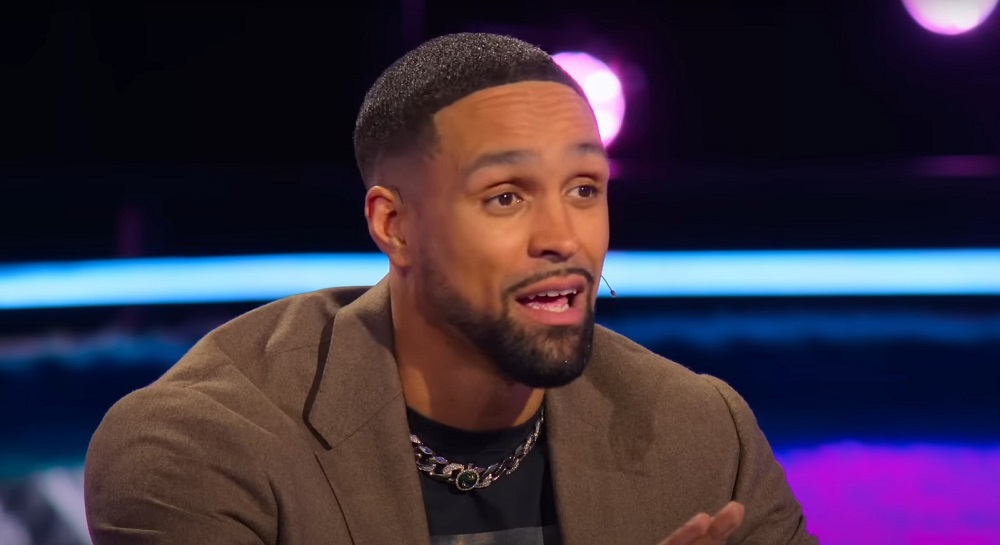 Netflix’s ‘Dance Monsters’ is an entertaining reality series whose concept is sure to leave you intrigued. The participants in this dancing show do not show off their skills on the main stage. Instead, they are hooked up to an animation setup that allows their monster alter-egos to perform on stage and use the exact moves made by the dancers. As a result, the competitors are judged solely based on their dancing abilities and nothing else.

With such a unique premise, the show has garnered much fame. A lot of its popularity can also be attributed to its judges, who hype up the contestants and the viewers. In fact, British artist Ashley Banjo has been quite happy to provide his expertise to the show. As a former reality show contestant, he is no stranger to the public though they are certainly curious about his personal life. If you are in the same boat, here is what we know about Ashley’s romantic life and family.

Born to Funso and Danielle Banjo, Ashley Banjo’s father was a former heavyweight boxer. As a teenager, the British artist was a student at the independent St John’s School in Billericay, England. While there, he became the Head Boy and established a school record for the high jump. With his younger brother Jordan Banjo, Ashley founded Swift Moves, a dance troupe that included nine of their friends. Soon the group’s name was changed to Diversity.

The dancing team soon started making waves in the street dance community, and the group even won the Street Dance Weekend 2007 competition. The victory motivated them to enter the third season of ‘Britain’s Got Talent,’ and the troupe soon became a fan favorite. Thanks to their determination and hard work, Diversity won the competition and earned £100,000.

Interestingly, the crew also had the opportunity to perform in front of Queen Elizabeth II at the Royal Variety Show that was held on December 7, 2009. Following his success in the national talent show, Ashley became a well-recognized name across England and soon started appearing in different shows. He even came back in the fourteenth iteration of ‘Britain’s Got Talent’ as a guest judge to fill in for Simon Cowell, who had been involved in an electric motorcycle accident.

On December 21, 2021, Ashley was announced as a Member of the Order of the British Empire (MBE) during the 2022 New Year Honours, given his work in the field of dance. As of writing, the 34 years old serves as the co-host of ‘Pride of Britain Awards’ and a judge for ‘Dancing on Ice.’ His appearance in Netflix’s ‘Dance Monsters’ has also been received positively by the public.

As of writing, Ashley Banjo is happily married to Francesa Banjo(formerly Francesa Abbott). The couple has been together for over 17 years and is very much in love. In September 2014, the pair got engaged and made the announcement regarding the same on October 2, 2014. Their happy wedding took place in July 2015, much to the delight of the lovebirds. They decided to go to Bali, Indonesia, for their honeymoon and seemingly enjoyed the trip.

Both Ashley and Francesa have been quite happy to talk about their life on social media and often provide glimpses of their family to their followers. It is pretty easy to see the affection the two hold for each other and those around them. “I love you and our family more than I could ever say. I don’t know where the time has gone, but I am thankful for every second of it,” Francesca wrote in the caption of the post celebrating her and her husband’s 4th wedding anniversary.

In February 2019, the Banjos welcomed their firstborn into the world. Rose Banjo’s arrival was a momentous occasion for the duo, who could not get enough of their baby girl. The young Banjo son became a big sister after the birth of Micah Banjo on March 26, 2020. The happy family of 4 seems to enjoy each other’s company and adores spending time with each other. As of writing, Francesca is affiliated with Diversity Management Team and was once part of Out of the Shadows, a dance troupe.

Read More: Is Lele Pons Married? Who is Her Fiance?