Is Lele Pons Married? Who is Her Fiancé? 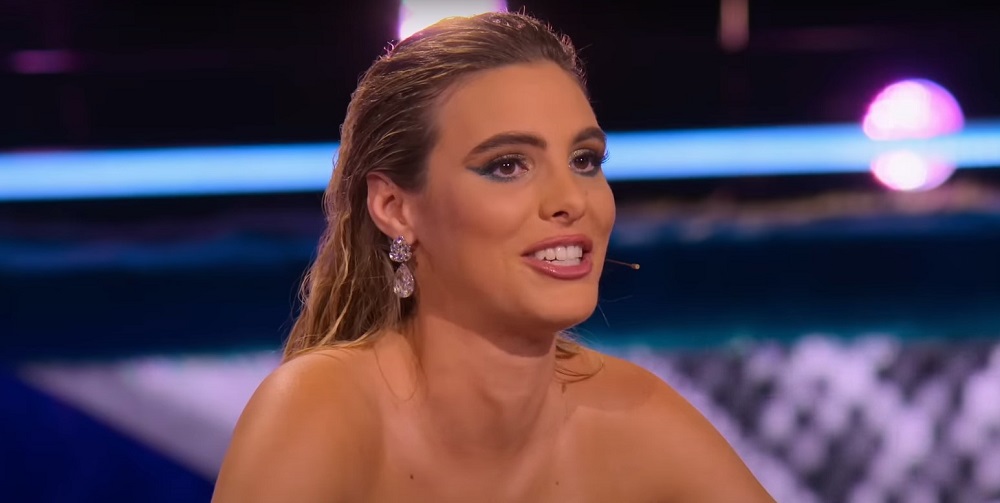 Netflix’s ‘Dance Monsters’ is an exciting dancing show that mixes entertainment with technology in a way never seen before. The participants in this reality series have a chance to show off their skills without being hindered by any external factors. Instead of dancing on the main stage, the competitors perform in a special area with motion detection equipment attached to them. Their animated monster-shaped avatar is able to copy their exact movement on the stage.

The combination of animation and dance is judged by a panel of three highly talented artists, including Eleonora Pons Maronese, who is popularly known as Lele Pons. The Venezuelan-American YouTuber has a massive fan following who were quite excited to see her in the Netflix show. Many of Lele’s admirers are especially curious about her personal life, and we are here to shed light on the same!

Born to pediatrician Ana Maronese Pivetta and architect Luis Guillermo Pons Mendoza in Caracas, Venezuela, Lele Pons remained a solely Venezuelan citizen until the age of 23, even though she grew up in Miami, Florida, after moving to the United States at the age of 5. Additionally, Lele is of Italian and Puerto Rican descent and is the niece of Chayanne, a well-known Puerto Rican Latin pop singer.

When Lele was quite young, her parents separated after her father came out as gay. Though she initially struggled with the idea, the Netflix star was soon able to assimilate her father’s truth. As of writing, the artist and her father seem to have a great relationship. Growing up, Lele struggled to fit ins school due to being different from others. Over the years, she has also opened up about her experiences with Tourette’s syndrome, Attention-Deficit/Hyperactivity Disorder (ADHD), and severe Obsessive Compulsive Disorder (OCD).

Thanks to the famous short-video platform Vine, Lele became an internet sensation. “I started with my friends, and I started becoming bad. At first, it was just being really creative – it wasn’t even funny stuff,” she shared with Teen Vogue. Her fan following increased massively, and the Venezuelan-American artist became the first person to have one billion loops. Her main inspiration seems to be Latin American artists like Sofía Vergara, Gaby Espino, and Shakira.

Thanks to her success, Lele has broadened her horizons and been a part of several ventures. Starting in 2015, she dipped her toes in the field of business through the launch of UNO Magnetic, a jewelry collection. 2016 became the year she kickstarted her career as an actor and television personality with her performance in ‘Scream,’ and ‘Escape the Night.’ Soon afterward, Lele released her first-ever single, a duet with Matt Hunter titled “Dicen,” in 2018 and captivated the public with her voice.

Lele’s experience in the entertainment industry is nothing short of impressive, and the artist currently lives in Los Angeles, California. She also has a weekly podcast named ‘Best Kept Secrets with Lele Pons,’ which was launched on August 19, 2020. Additionally, she still posts a variety of content on social media for her fans.

As of writing, Lele Pons is happily engaged to Jean Carlos Santiago Pérez, AKA Guaynaa. The couple has been officially dating since December 2020 and has been pretty affectionate towards each other in public and on social media. As it turns out, the duo apparently first met at a party sometime in 2018 or 2019. While Guaynaa was quite attracted to the former Vine sensation, she did not feel ready to be in a relationship and was focused on her career.

It was while the two musicians were working on their song, “Se Te Nota,” that they got closer. Though Lele and Guaynaa were good friends at the time, the experience helped them realize their feelings for each other, leading to the start of a beautiful connection. Shortly after they got together, the pair made their relationship public through social media in December 2020. On July 31, 2022, Guaynaa proposed to Lele during the 2022 Tomorrowland festival, which was held in the Belgium town of Boom. The Venezuelan-American actress was over the moon about the proposal and enthusiastically said “YES!” in front of a large audience.

Lele has never been shy about sharing her love for her partner and shared her feelings about him through a sweet Instagram post on his birthday. The caption read, “You’re the most amazing person I’ve ever met and I can’t wait to spend the rest of my life with you! Love you, baby!” Guayana is a popular Puerto Rican rapper and singer who is quite famous for his hit song “ReBoTa.” When the 26-year-old went through appendix surgery in October 2022, her fiancé took immense care of her, which the recovering Netflix judge appreciated very much.

Read More: Is Ashley Banjo Married? Who is His Wife? Does He Have Kids?