Is Being The Ricardos Based on a True Story? 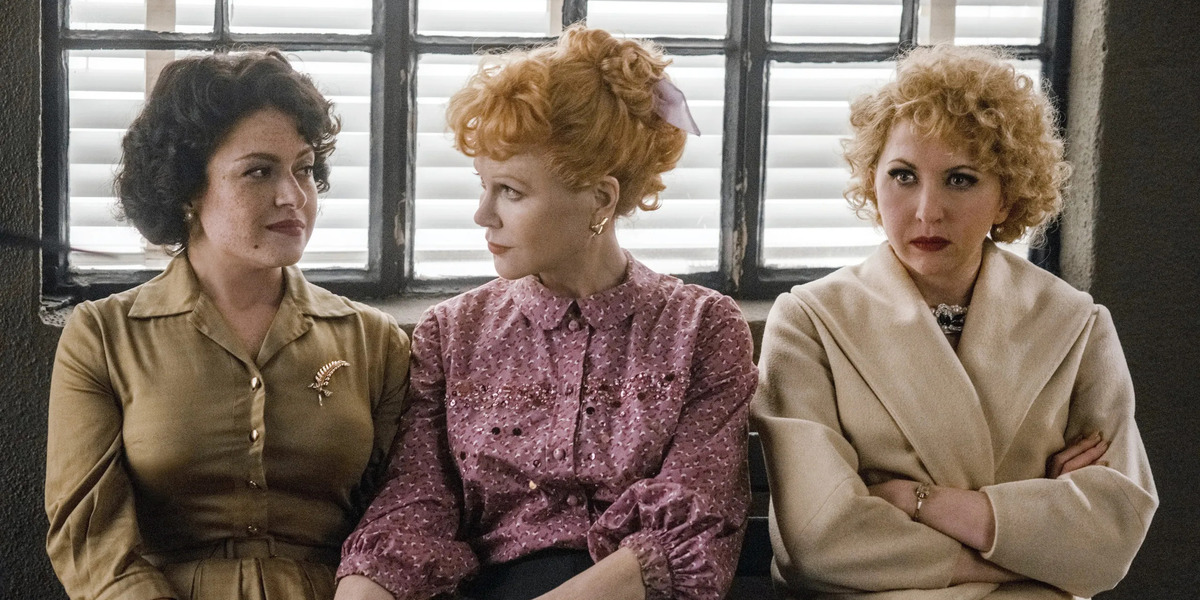 Helmed by acclaimed screenwriter-director Aaron Sorkin, ‘Being The Ricardos’ is a period drama biopic that lends a nuanced spotlight into the private and professional lives of Desi Arnaz and Lucille Ball, two television stars, as they navigate their lives through fame and controversies. Nicole Kidman owns the role of Lucille Ball, and Javier Bardem paints the male lead with conviction.

Upon its release, the movie garnered critical acclaim, especially for the commendable performance by the stellar cast. However, you may wonder how much of the story rests in reality. If the question has indeed cropped up in your mind, let us investigate the matter.

Is Being The Ricardos Based On A True Story?

Yes, ‘Being The Ricardos’ is based on a true story. The lives and careers of stars Desi Arnaz and Lucille Ball defined an era in the history of sitcoms. Aaron Sorkin of ‘Molly’s Game’ and ‘The Trial of the Chicago 7’ fame directed the movie from his own script. Although he initially joined the project only as a screenwriter, producer Todd Black and his then-executive Jenna Block contacted Sorkin to discuss an idea. Jenna’s college thesis was on Lucille Ball, and the famed actress kept the duo thinking for a while. 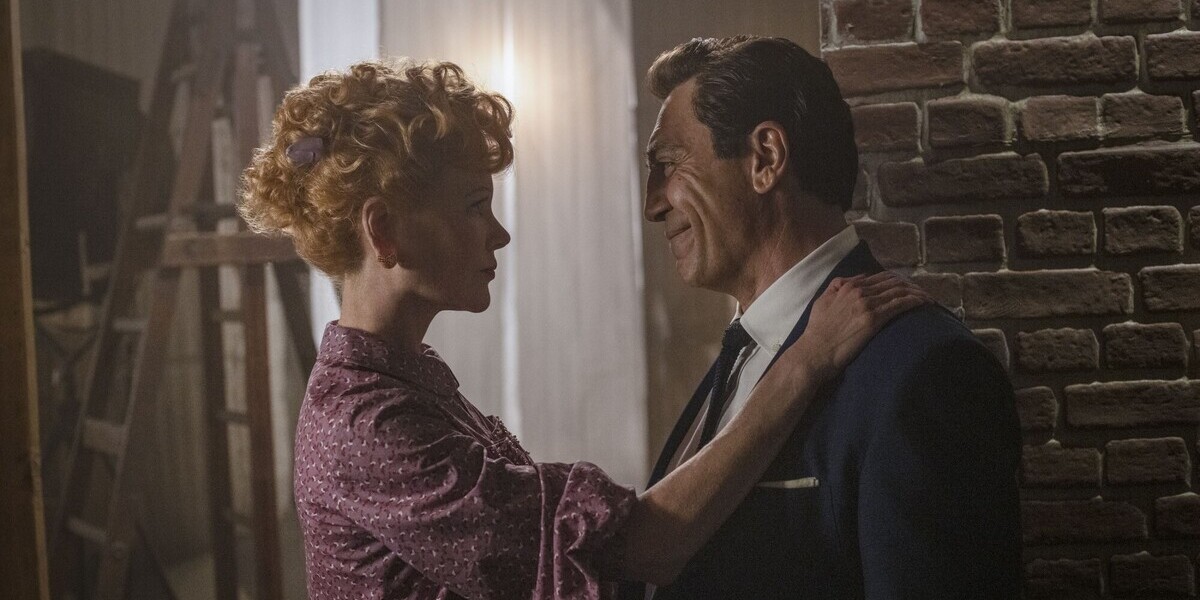 The duo tried to convince Sorkin that the thesis holds promise to be turned into a film and that Sorkin is the person to do it. However, Sorkin was not sure about it, and he went on to say yes only after one-and-a-half years. But he was interested enough to meet Black once every few months. The story came to life mainly from these sessions. The issues in Ball’s life attracted Sorkin enough to envision the story. In an interview with THR, Sorkin revealed that one of the conflicts was “the accusation of communism” against the actress, of which Sorokin knew nothing coming onboard.

There were other exciting sides, too, like the troubled but dynamic marriage between Lucille and Desi. The fact that Lucy was pregnant with her and Desi’s child at that time does not make it any more straightforward. With the small facets, the director brilliantly captures the complexity in the power couple’s lives in ‘Being the Ricardos.’ With an Academy Award for Best Adapted Screenplay for ‘The Social Network’ in his bag, the director has a flair for writing poignant biographical sketches.

Sorkin decided the structure at the outset. For ease of storytelling, the movie takes place in a week in September 1952. In the duration, it chronicles a weekly production chore of Lucille and Desi’s CBS original rating-magnet show ‘I Love Lucy,’ from the Monday meeting at the writers’ room to the Friday studio shoot. Most parts of the film remain faithful to history, from the claims that Lucille was a Communist to the tense marriage. As depicted in the film, Desi was also the on-screen husband of Lucy. 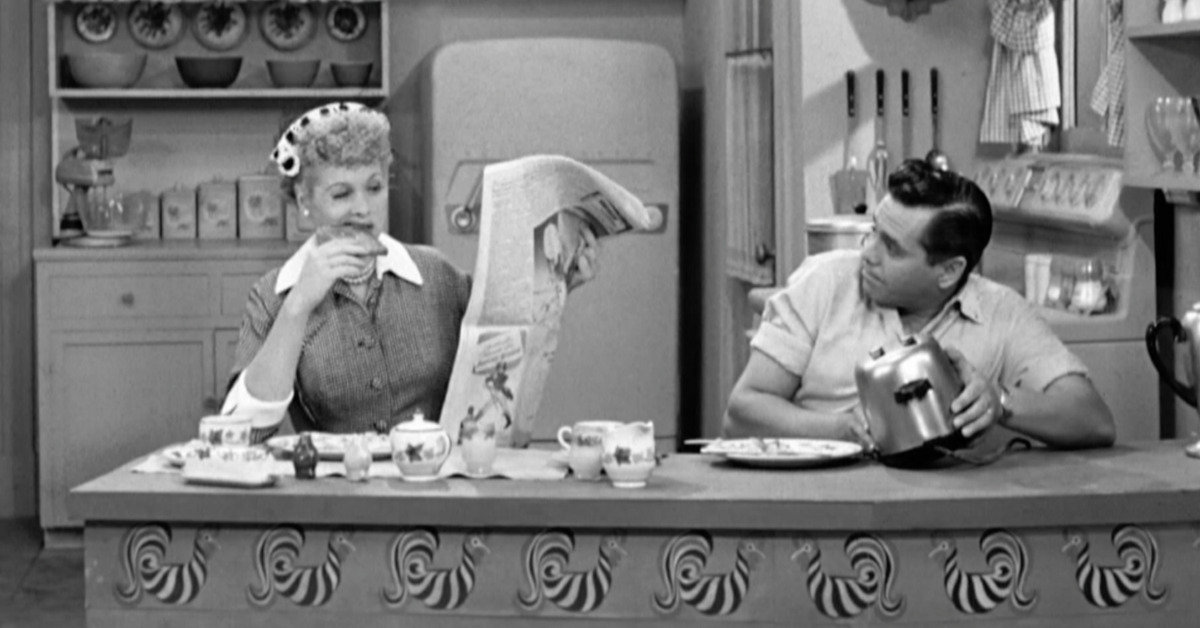 In the late 1920s, Vladimir Zworykin’s discovery of cathode ray tube became set in history with a patent. Around the same time, WRGB kickstarted an era of television stations and broadcast signals. Television was to define middle-class culture in the 20th century at large. The small screen gained prominence in the post-war boom of the 50s. Although the formats of talk shows and soap operas were already present in radio, television would give it a new makeover.

The television landscape of the 50s was primarily defined by Lucille Ball and Desi Arnaz’s sitcom ‘I Love Lucy,’ and Jack Webb’s police procedural ‘Dragnet.’ Both are groundbreaking in their ways and provided a formula for the coming years. ‘I Love Lucy’ laid the basic rules of the sitcom, short for situational comedies, by mingling reality and fiction. Television started to replicate itself, and the show gave the idea of filming in front of a live audience.

It also perfected and standardized the simultaneous three-camera format, and the show’s popularity invented the concept of reruns. Lucille Ball was indisputably the first star of television. The brilliance of ‘I Love Lucy’ entails creating a format that remained popular for 40 years and stays relevant to this day. Thus, with ‘Being the Ricardos,’ the director attempted to be faithful to the story, more or less.

Having said that, Sorkin took a degree of creative license in some cases. The story depicts the behind-the-scenes fictionalization of the episode containing the famous fight between Ethel and Fred. The movie tells us that 30 episodes have been filmed by the time, but the brawl takes place in the 22nd episode. An ad sequence is clubbed together with the episode in the film, although the fight predates the in-show commercials.

A memorable scene in the movie entails Desi addressing the audience about Ball’s Communist accusations. However, it would not occur until the season 3 episode ‘The Girls Go Into Business.’ The on-screen pregnancy is also a bit far-fetched. Saying the word “pregnancy” in the 50s television was shocking. Even when the show mingled fact and fiction, the couple had to be careful not to utter the word in the show. The significant events showcased in the movie did not take place in a single week. However, the story remains a timely retrospect of the stardom of Lucille Ball.

Read More: Where Was Being The Ricardos Filmed?