Is Benny Dead or Alive in Night Teeth? 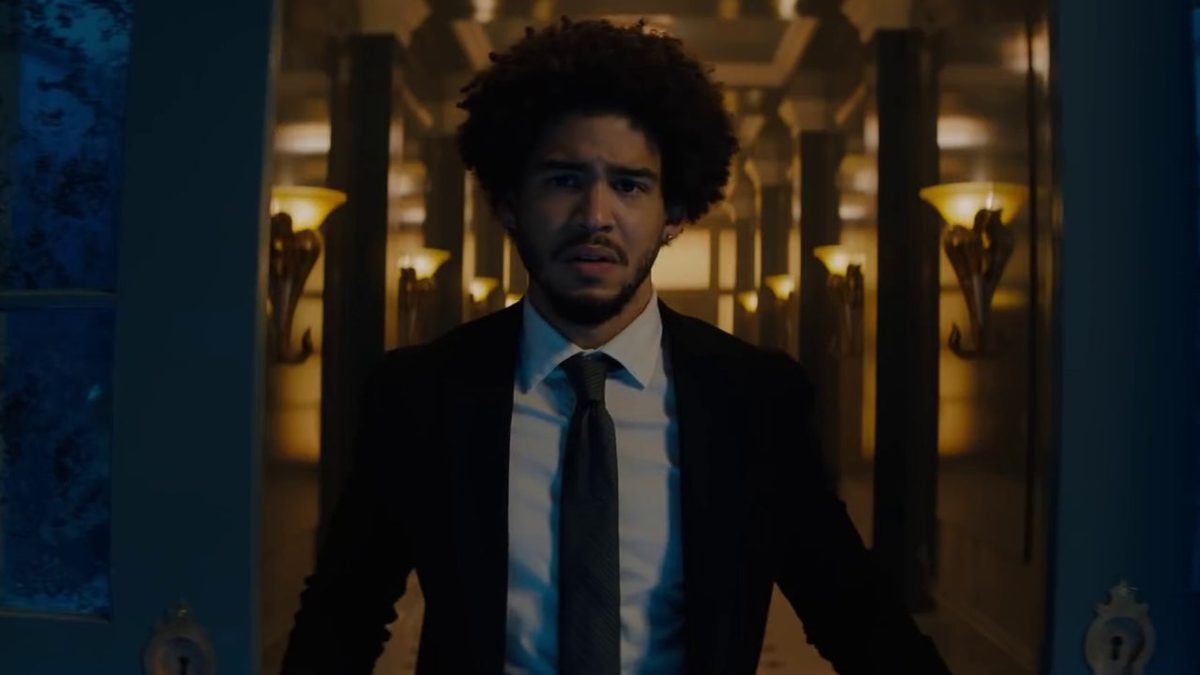 Set in Los Angeles, ‘Night Teeth’ offers a thrill ride of horror and vampiric fun. The story follows Benny (Jorge Lendeborg Jr.), an economics student who convinces his older half-brother Jay (Raúl Castillo) to let him cover for him as a chauffeur for the night. Unbeknownst to him, an ambitious mid-tier vampire named Victor (Alfie Allen) has chosen that night to make his play and rise to the top of his world and assigned his paramour Zoe (Lucy Fry) and her friend Blaire (Debby Ryan) the task of eliminating most of the vampires that run the town. Victor hires Jay to drive the girls throughout the city, as the latter is the leader of the humans who know how to kill the vampires.

However, instead of Jay, Benny shows up to pick up the girls. Benny has led a blissfully unaware life until now. He had no idea that monsters not only existed but also were in control of the city. Although he realizes that his life is in danger, he still falls in love with one of the vampires, Blaire. If you are wondering whether Benny survives the night, we got you covered. SPOILERS AHEAD.

Is Benny Dead or Alive in Night Teeth?

Benny is very much alive at the end of ‘Night Teeth,’ but not in the traditional sense. Although the film never mentions even once what its monsters are supposed to be, it’s demonstrably clear that they are vampires. After all, they drink blood, and exposure to sunlight is deadly to them; these two traits have been associated with vampires almost since their introduction in literature and art.

Benny quickly recognizes this as well. The first time he sees Zoe and Blaire feed on humans and then kill them, it terrifies him. He tries to run but is caught by a corrupt police officer, who later hands him to the girls. Even though he is not Jay as they had initially hoped, Victor tells Zoe over the phone to keep him alive so he can use him as leverage against Jay.

During arguably the most bizarre night of his life, Benny also meets the members of the Night Legion: humans who hunt entities like Victor, Zoe, and Blaire. As his connection with Blaire deepens, Benny starts actively protecting the two girls, not just from the other vampires but from the Legion as well. Benny later learns from Blaire that Victor has captured his brother. When he takes the girls to Victor’s home at the end of the night, he secretly tries to find Jay, but Victor catches Benny.

It then appears that Benny had a plan all along. He orchestrates events in a way that leads to Zoe being exposed to sunlight and dying. Victor is also killed when Jay pushes him towards the sunlight, but not before the former is able to inflict a fatal wound on Benny. Blaire then feeds him her own blood, turning him into a vampire and saving his life.

The last few scenes focus on Benny gradually transforming into a full vampire. He develops susceptibility to sunlight, so he starts wearing a hoodie. He can also sense blood coursing through the veins of one of his classmates. As he continues to change, Jay meets with him and asks him to always remember his roots. Life has changed in every possible way for Benny. He is a vampire now, with access to power, wealth, and affluence. If there is any sequel to ‘Night Teeth’ in the future, it will be interesting to see what he does with his newfound strength and influence.