Is Bid for Love Based on the True Story of Lawainna Patterson? 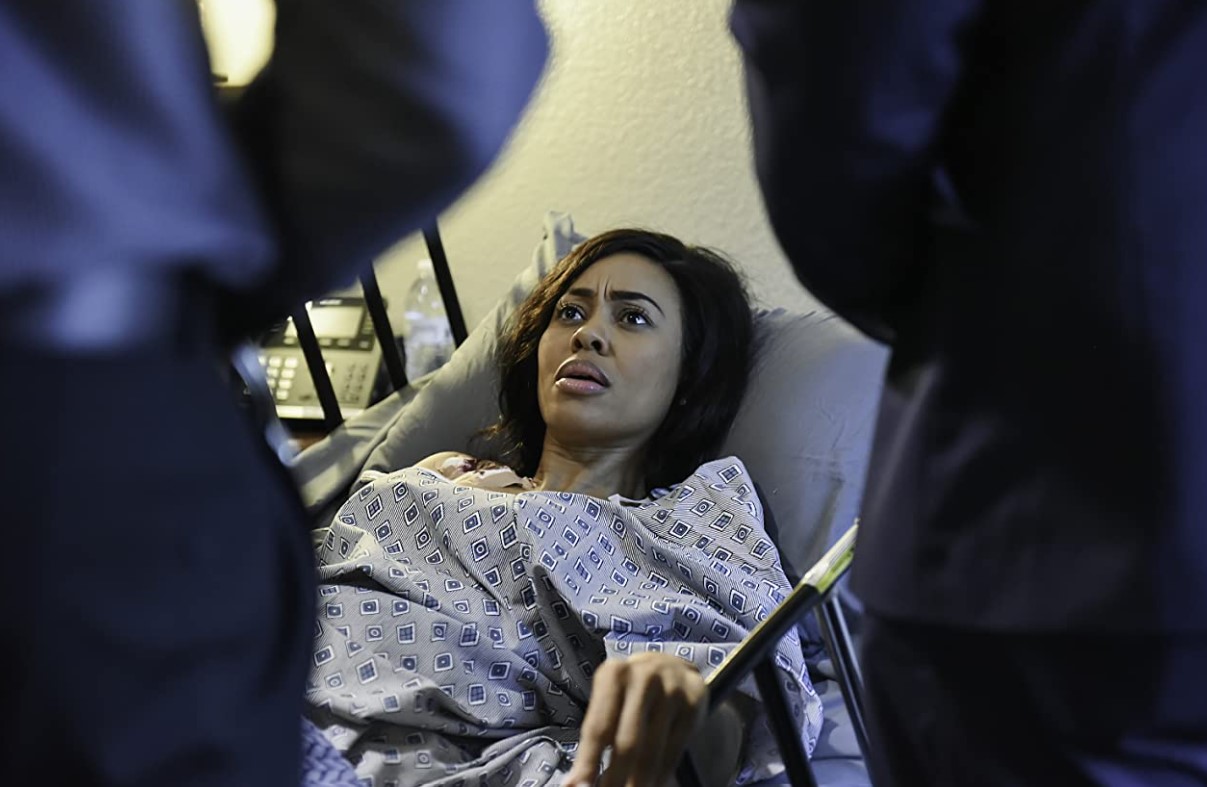 Directed by Arthur Muhammad (‘Carter High’), ‘Bid for Love’ is a gripping drama film that revolves around Sasha Morgan (Dawn Halfkenny), who is dating drug dealer Memphis (Blue Kimble). One day, he suddenly tells her they must leave the city, and while they are in their car, armed men catch up to the pair, and Sasha is shot in the shoulder in the violent encounter. Five years later, she gets out of prison after serving time because of Memphis’ actions and is determined to get her life back on track.

Sasha gradually grows close to Malik (Adrian Lockett), who showers her with gifts and helps her regain her footing in the world. However, she soon discovers that Malik also has a darker side when he starts alienating her from her loved ones. ‘Bid for Love’ is a commentary on the pitfalls of modern love and a young woman’s journey of self-discovery. If the grounded premise of the film makes you wonder whether it is inspired by actual events, we got you covered.

Is Bid for Love a True Story?

Yes, ‘Bid for Love’ is based on a true story. It is the loose cinematic adaptation of ‘My Mistakes Do Not Define Me,’ a play by Lawainna Patterson, who based the story on her own experiences, and Shelly Garrett. Erick S. Gray and N’Tyse transformed the play into a cinematic script, and Patterson serves as an executive producer on the cinematic adaptation of her work. In a June 2022 interview with CBS DFW, she stated that she still couldn’t believe that her local play had been turned into a BET film. “I’m excited; I’m still in awe, I’m like is this really real…Yeah, it’s real; you asked for this,” the Dallas-based playwright said.

Patterson added, “I think that people need to know about who you are dating, and when you are dating someone, is it love or is it all a façade.” Moreover, producer London Williams told the same outlet that he was drawn to the story because of its mental health aspects and how it depicted the importance of therapy. “Going to the therapy has always been a ‘misnomer’ in the African American diaspora. So, we wanted to make sure that the story is played out the right way,” the ‘Black Diamond’ producer stated.

Furthermore, Williams reportedly said North Texas has numerous young, ambitious, and talented filmmakers, and he would love to give them a platform to express their creativity. For Muhammad, the film was an opportunity to collaborate with Halfkenny again. “It was a pleasure working with the cast. This is the second time I’ve had the pleasure of working with Dawn. Our first project together was ‘First Impression’ which also aired on BET,” Muhammad said in an interview.

For Patterson, who was 54 when the film was released, ‘Bid for Love’ is an opportunity to take her story to a much wider audience. “I just say you can always move forward no matter where you are. Just make sure whatever you want to do, you do it and do it to the best of your ability,” she told CBS DFW. Clearly, the movie is based on a true story, even though its makers took certain creative liberties, including with the names of the characters.

Read More: Where Was Bid For Love Filmed?