Is Blacklight on Netflix, Hulu, Amazon Prime, or HBO Max? 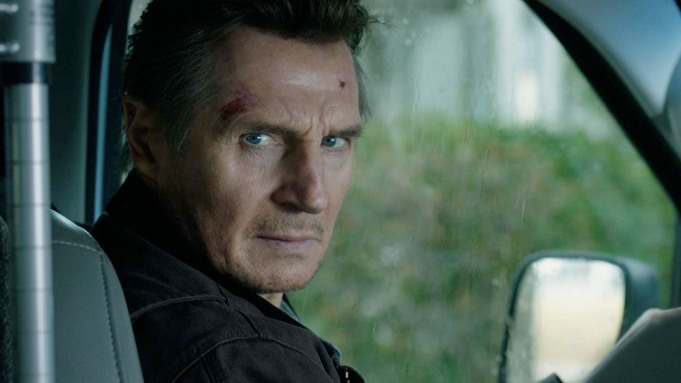 Written by Mark Williams, Brandon Reavis, and Nick May, ‘Blacklight’ is an action drama movie directed by Mark Williams. The Liam Neeson-starrer follows a freelance government fixer named Travis Block, who learns about a shadowy program run by his FBI boss that could pose a threat to ordinary people’s lives. Determined not to let innocent people suffer because of corruption and greed, Travis vows to expose the truth but ends up complicating his personal life. In case you wish to learn more about the drama in the action-packed flick and where it can be streamed, then allow us to be your guide.

What is Blacklight About?

Travis Block may have been working in the shadows with no greed for personal advancement, but he has undertaken several dangerous assignments in his life for the greater good. The shadowy government agent has taken down several operatives in the past and keeps a close eye on sensitive domestic security issues. So, when he learns that a sketchy program called Operation Unity can pose a threat to ordinary citizens, Travis takes the responsibility of exposing the truth by himself.

Unfortunately, Travis’ enemies are a step ahead of him. It soon becomes evident to Travis that if he continues to dig deeper into the case, he may end up putting the life of his daughter and granddaughter in danger. However, can the veteran agent turn a blind eye to something sinister just because of the risks involved? In order to find out, you will have to watch ‘Blacklight.’ Here’s how you can do that!

Is Blacklight on Netflix?

Netflix subscribers will have to look for ‘Blacklight’ on some other platform because the movie is not a part of the streaming giant’s massive catalog. However, if you wish to watch other action films on the streamer, you may like ‘The Ice Road.’

Is Blacklight on Hulu?

Hulu’s current catalog does not include the action movie. Viewers looking for somewhat similar movies can instead stream ‘A Score to Settle.’

Is Blacklight on Amazon Prime?

The Liam Neeson and Emmy Raver-Lampman-starrer is not accessible on Amazon Prime. Therefore, we recommend our readers alternatively watch ‘Tom Clancy’s Without Remorse.’

Is Blacklight on HBO Max?

Since ‘Blacklight’ is unavailable on HBO Max, subscribers can alternatively stream somewhat similar films like ‘Nobody.’

Where to Watch Blacklight Online?

The Mark Williams directorial is releasing in theaters across the United States starting February 11, 2022. So, people who love to watch films in cinema halls can book their tickets to watch the film at the nearest theater on Fandango. However, ‘Blacklight’ may eventually arrive on VOD platforms in the future. Therefore, we encourage our readers to regularly check platforms like Google Play, Microsoft Store, iTunes, YouTube, and Vudu.

How to Stream Blacklight for Free?

‘Blacklight’ is releasing only in theaters as of now. Therefore, people who wish to watch the film free of charge will have to wait for its availability on a platform that offers a free trial. However, we encourage our readers to always pay for the content they wish to consume online.

Read More: Where Was Blacklight Filmed?