Is Blake Abbie Dating? Does He Have a Partner? 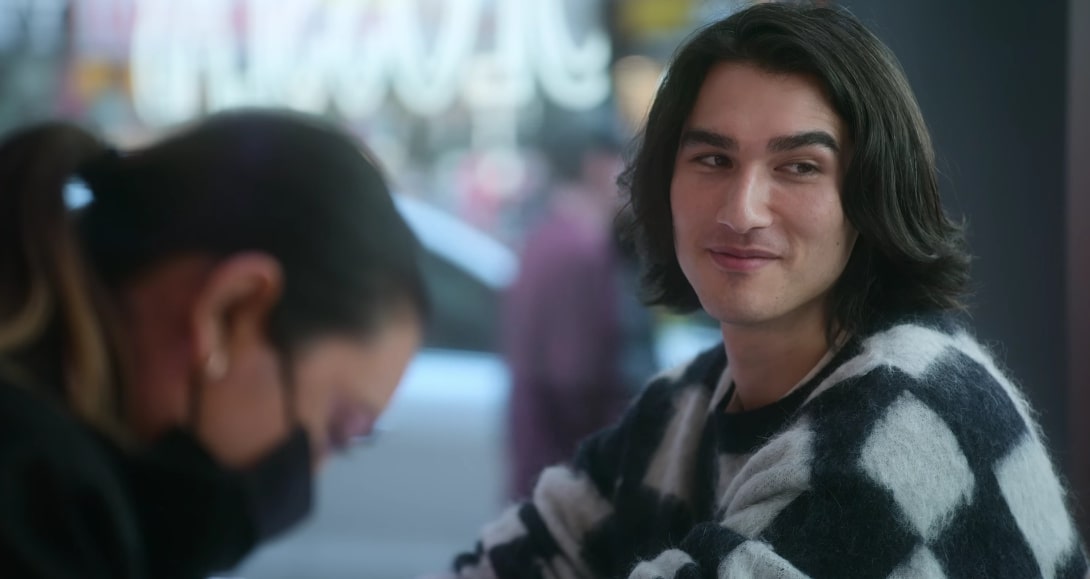 If there’s just one thing Blake Abbie has inspired the world to do as an actor, a fashion writer-editor, and the cast member of ‘Bling Empire: New York,’ it’s to unabashedly be our authentic selves. After all, despite the fact he’s of Chinese-Scottish descent and knows that some members of his extended family could be pretty conservative, he isn’t afraid to be who he really is for one moment. That’s not to say he’s never felt any pressure, but the truth is love is what he values above everything else, and those close do support him — so now, let’s find out more about the same, shall we?

Blake Abbie was born on October 30, 1990, in Montreal, Canada, as an only child to the loving June Wong-Abbie of Hangzhou, China, and Robert “Rob” Alexander Abbie of Edinburgh, Scotland. He actually knows he’s quite the mix, especially because his mother has a rather soft, conventional Asian look, whereas his father was a pure and proper white European blond-haired, blue-eyed man. Plus, his Chinese name is Wang Li Min, which is not just traditional since he’s named after his great-grandfather Wang Zi Min but it also roughly translates to “Prince of the Standing People.”

However, it’s imperative to note Blake primarily grew up in Toronto before the family relocated to Vancouver while he was in high school, all the while he spent most of his summers in Hong Kong. The youngster is thus the epitome of a fused culture, with the best part being that his parents managed to find a near-perfect balance between core values, spirited ideals, as well as his independence. Therefore, of course, they’ve seemingly always been very close, as made evident through the public figure’s online platforms — they’re the only people he doesn’t shy away from sharing online.

In fact, in the months leading up to Blake’s father’s passing in late 2020, apparently following a long battle with kidney disease, he grew more and more open when it came to his parents. “I don’t use this platform to talk too much about my personal life, but one thing’s for sure: family is number one,” Blake penned in May 2020 while talking about Covid and its effects on loved ones. Then, on Mother’s Day, he wrote, “Thanks for helping me always win things… Hereditarily giving me your palate for tropical fruits, including the best fruit in the world, durian 🍈. And for imparting, you’re love of languages while always sticking out your tongue.”

As seen above, Blake even announced his father’s tragic demise by penning, in part, “If there is anything that my dad taught me, it would be to cherish what you have and to not let anything get in the way of your everyday happiness. His happy ritual was a simple cup of coffee and a newspaper. And in his last couple weeks, we were so fortunate to be able to do that together everyday… So, in remembrance of one of the most beautiful humans, please grab a cup of coffee and toast to my Dad Today. Have a laugh, read the newspaper, scream at sports on the tv, or scream even louder at the politicians. I love you, Dad. 🤍”

Is Blake Abbie Dating Anyone?

Whether male, female, trans, non-binary, or gender non-conforming, Blake does not have a preference at all — he is fluid, identifies as queer, and is interested in everybody as long as there’s a vibe. Unfortunately, though, from what we can tell through his social media accounts, his recent public appearances, as well as his open interviews, it does not appear as if he has found his person yet. The actor/writer/editor/reality star does want to have true love in his arms, settle down, and start a family, no matter what it looks like, but he just hasn’t been able to get to that stage, especially considering his recent loss.

Nevertheless, the Netflix series indicates Blake is more than hopeful these days because he still has the unwavering support of his mother without any pressure and of his father in the Afterlife. “Maybe I’ll have a kid by myself [to continue the family lineage since I’m the only boy from this side of the family]; maybe I’ll have a kid with someone,” he told June. “I don’t know what my family is going to look like. I’m like, I just want to stay open to see who that person could be… I just want to be able to find someone that I love, I care for, that is reciprocal.”

Blake continued, “I guess I just want to make sure everyone knows I will have a kid. But my family just might look different.” To this, June only replied, “The kid will have eyes, nose, mouth, right?… Yeah, so a healthy baby is more important than ‘look like.’ Don’t feel pressure or stress. Whoever you date, it’s all good. The most important is that you have to be happy. No, I mean, regardless.”

Read More: Are Dorothy and Ari From Bling Empire Still Together?