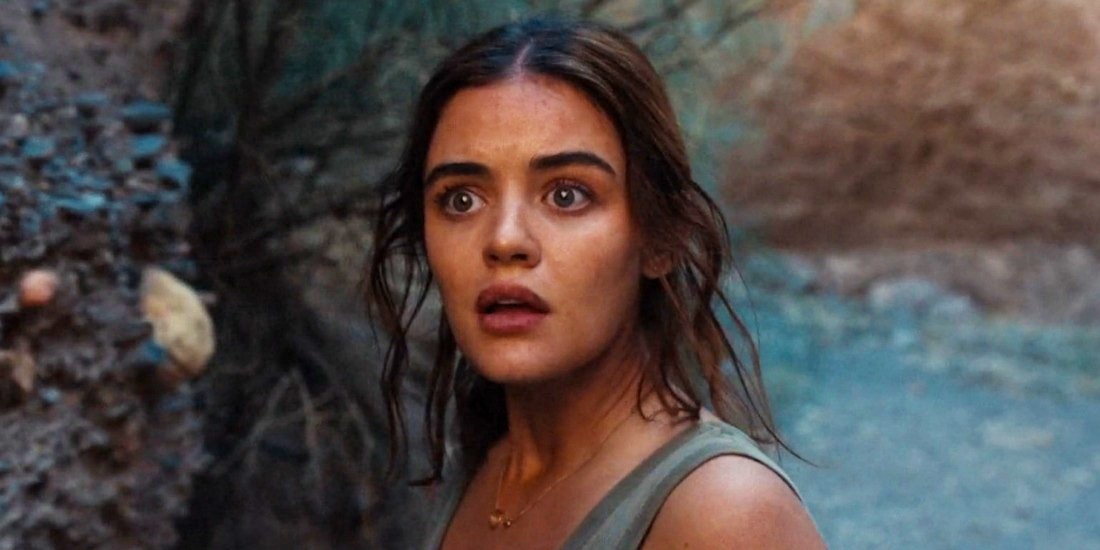 ‘Borrego’ is a thriller film that follows Elly (Lucy Hale), a young botanist working on a project in the outskirts of San Diego, California. Elly’s life takes a drastic turn after witnessing a plane crash in her vicinity. While looking for survivors at the crash site, Elly learns that the pilot, Tomas, is a drug smuggler on his way to deliver a consignment to his boss. Tomas takes Elly hostage leading her on a deadly quest for survival.

The movie is written and directed by Jesse Harris. It deals with several poignant themes through its main characters’ widely contrasting yet vividly human journeys. Therefore, viewers must be curious to learn whether the movie is inspired by any true stories or real events. If you wish to learn about the inspiration behind ‘Borrego,’ here is everything you need to know! SPOILERS AHEAD!

Is Borrego a True Story?

No, ‘Borrego’ is not based on a true story. The film is based on an original concept by writer-director Jesse Harris. In an interview, Harris opened up about the conceptualization of the film’s story, which follows a young botanist’s quest for survival amidst harsh circumstances. Harris revealed that he drew inspiration from his personal life to craft the background of the protagonist, Elly, who is a botanist.

Harris explained that his father’s experiences as an amateur volunteer botanist inspired him. Harris’ father worked on a project for studying plants in the Anza-Borrego desert. During this time, his father discovered an invasive plant growing in the region. From there, Harris developed the idea of a botanist moving to a small town to study its flora and fauna. Therefore, it can be said that the character of Elly in the movie is loosely based on Harris’ father. However, Harris stated that the backstory and challenges that Elly faces in the desert are fictional creations that he developed over time.

Harris later added elements of the thriller genre and incorporated the border conflict and drug smuggling aspects to the story. However, the writer-director noted that he did not set out to make a film about drug smuggling or drug cartels. Nonetheless, the film dives deep into the drug-related issues America faces in the present. Drug abuse is a part of Elly’s backstory. It is also referenced during the opening and closing of the film through texts that share factual data and statistics on drug addiction in America. Thus, the narrative becomes more timely and reflects a sense of urgency.

However, at its core, the film is about different individuals and the choices they make for survival. While Elly’s quest for survival in the desert is the film’s primary arc, it intersects with that of Tomas, whose criminal actions stem from a desire to ensure his and his family’s survival. Likewise, Jose and Alex, the father-daughter duo who help Elly, make choices in the face of adversity, thereby highlighting their humanity. The film also highlights the pitfalls of a criminal lifestyle. Ultimately, ‘Borrego’ is a fictional film originating from the writer’s personal worldview. However, it branches into a fictional story of survival that underlines the nature of humanity.