Is Bridge Hollow Based on a Real Place? What is the Town’s Curse?

Is Bridge Hollow Based on a Real Place?

Bridge Hollow is introduced in the opening minutes of ‘The Curse of Bridge Hollow.’ Sydney and her parents, Howard and Emily Gordon drive to the town as they are relocating from Brooklyn. Howard is offered a job at the local high school, leading to the film’s arrival in Bridge Hollow. However, the film does not shed light on the town’s exact location or state in which it is situated. Bridge Hollow is known for its grand and lavish Halloween celebration. It is the neighboring town of Oakwood with whom they have a long-shared rivalry. Bridge Hollow is also among the safest cities in the United States. 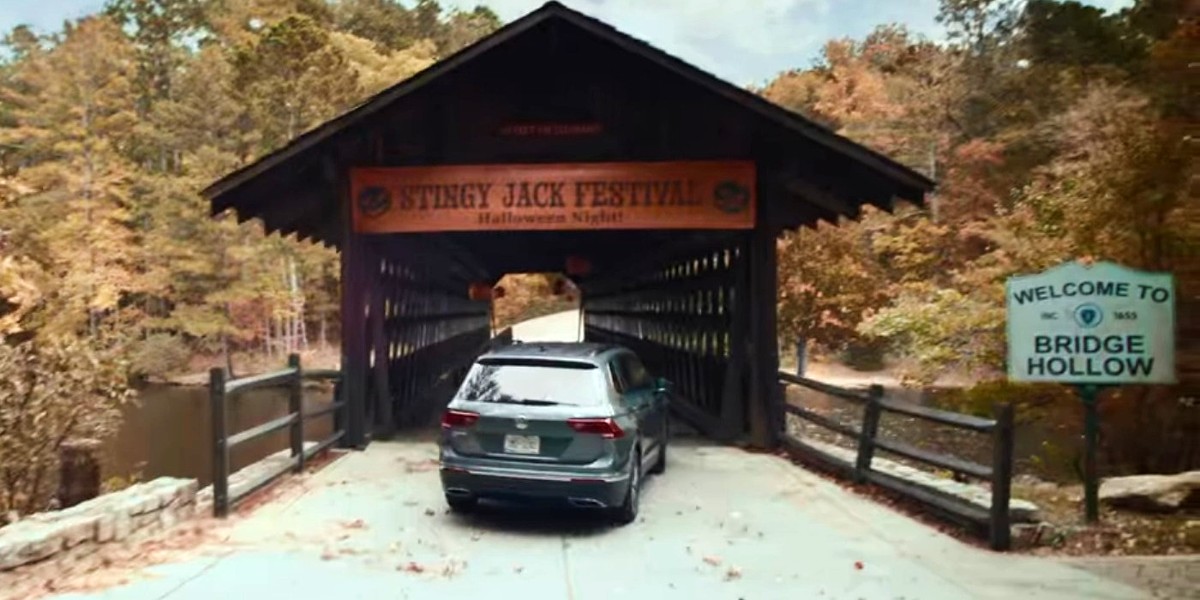 However, Bridge Hollow is not based on a real town. Instead, it is a fictional place that exists only within the film’s reality. Bridge Hollow has an Irish influence on its culture and is also connected to supernatural and paranormal activities. Furthermore, Bridge Hollow does not share its name with any real-life town. Hence, it is evident that the town is fictional and not directly based on a real place. Nonetheless, the town’s unique culture that openly embraces Halloween and almost overcommits to the festival creates an exciting backdrop for the film’s plot that explores the themes of science vs. the supernatural.

What Is Bridge Hollow’s Curse?

The film’s title refers to Bridge Hollow being a cursed place. However, the film’s narrative does not actually shed light on the titular curse. Instead, the curse is proverbial and connected to an old legend that is popular in Bridge Hollow. In the film, Mayor Tammy explains the town’s obsession with Halloween to the Gordon family. She reveals that according to an old Irish legend, a wicked man named Stingy jack resided in the village and hurt the villagers. The villagers decide to retaliate and kill Stingy Jack. However, the Devil took pity on Stingy Jack and empowered him with a lantern carrying the flames of Hell.

Later, Stingy jack would use the lantern’s powers to wreak havoc on Bridge Hollow and seek revenge on the villagers. However, he was defeated and captured by Madam Hawthrone, who had magical powers and was skilled in witchcraft. Nonetheless, she could not destroy Stingy Jack and trapped the evil spirit inside the lantern given to Stingy Jack by the Devil. As a result, the evil spirit continues to be a threat to the town. Hence, it is safe to say that Stingy Jack is the curse of Bridge Hollow, as the spirit endangers countless lives.