Is Captain Lee Rosbach Married? Who is His Wife? Does He Have Kids? 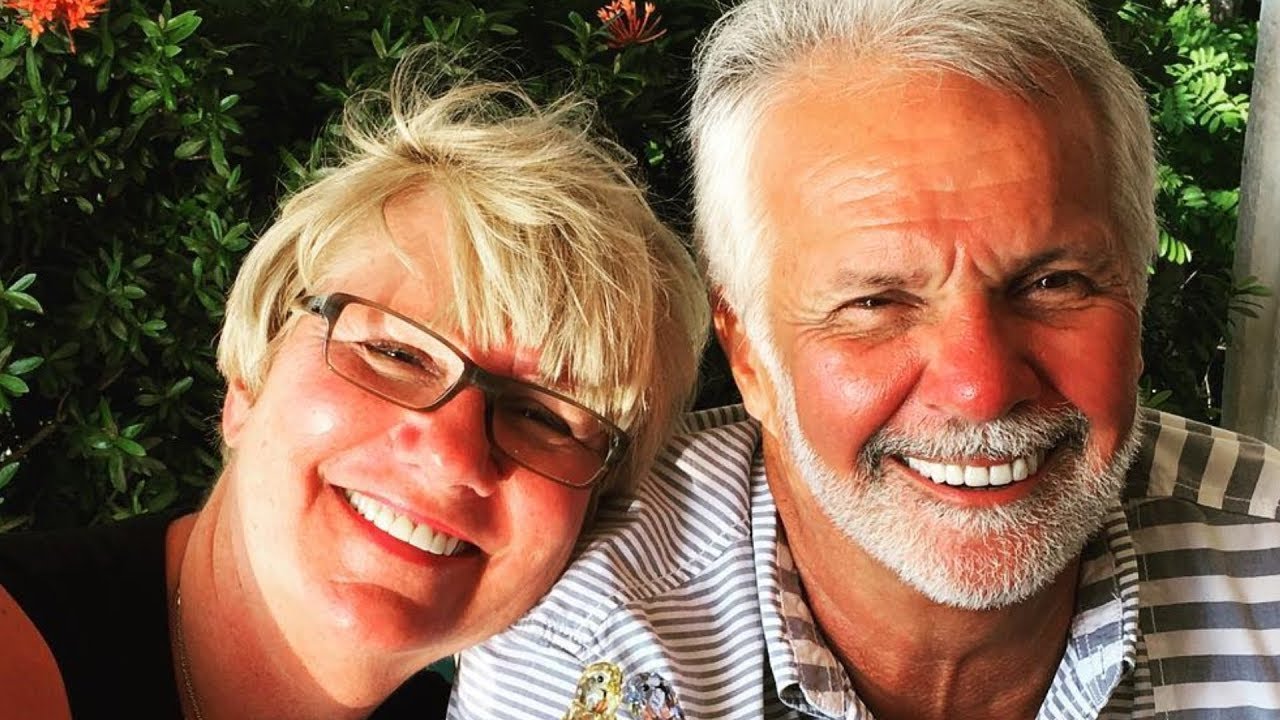 Since the premiere of ‘Below Deck‘ in 2013, Captain Harold Lee Rosbach has been in charge of mega-luxurious yachts, namely ‘Honor,’ ‘Ohana,’ ‘Eros,’ ‘Valor,’ and ‘My Seanna.’ In season 10, he resumes the title of the Captain of the ship St. David, the largest motor yacht in the history of ‘Below Deck.’ Viewers of the show recall him as the only crew member who has constantly appeared since the show’s inaugural installment. Season 10 of Bravo TV’s reality show entrusted him once more with a bunch of newbies.

Captain Harold Lee Rosbach put in a lot of effort for about three decades, and his excellent leadership skills won him the title “Stud of the Sea.” Fans have been curious about the veteran cast member’s personal life and the inspiration behind his impeccable work as he prepares to return to the Caribbean, where the waters are blue and the beaches are white. If you are eager to know who the lucky woman is in Captain Lee’s life, we’ve got you covered.

Captain Lee Rosbach and Mary Anne: How Did They Meet?

Captain Lee Rosbach earned the title of “Stud of the Seas,” but for all the right reasons. He has always had his eyes on his one true love, his wife of nearly five decades, Mary Anne. In fact, she is the only crew member the Captain ever hooked up with in over 30 years of his career in the yachting industry. In an episode of ‘Watch What Happens Live with Andy Cohen,’ he revealed that he and Mary Anne hooked up when she was his Chief Stew! Viewers were introduced to Mary during season 5 when she visited ‘Valor,’ wherein she was spotted wearing a jacket with an old photo of the two.

When his wife paid him a visit aboard the boat, the crew witnessed a side of the Captain they had never seen before. When Mary Anne was around him, he appeared happier than ever. Although Lee enjoys his position as the ship’s Captain, he secretly longs for his wife to be at his side. Mary Anne is always there to welcome Lee back to his Florida home, no matter how long he spends at sea. The pair opened up about their dreamy relationship over dinner in one of the episodes of ‘Below Deck’ wherein they expressed how they went from “best friends” to “lovers.”

The cast and crew witnessed the two talk about their relationship and how they met like giddy young sweethearts. “My girlfriends all knew him. We all went out one night, and I met Lee, and he doesn’t even remember meeting me,” Mary Anne said as she laughed. “I made such a good impression.” Captain Lee quipped, “How can you hold me responsible for something I don’t remember? That’s not fair.” Mary Anne further expressed that romantic sparks flew between them in their subsequent encounter.

Mary Anne said, “And then we met again about maybe a month later, and then he loved me,” to which Captain Lee added, “After the second time, that was it.” He confessed that Mary Anne is his best friend in the whole wide world. He divulged, “After putting up with me and five kids, she has the patience of a saint. I happen to be one of those guys that got to marry their best friend.”

The couple has been blissfully married for nearly five decades. Captain Lee also shared his wisdom about keeping one’s love evergreen. He said, “For a relationship to last a long time, you have to work at it.” Rosbach admitted that his primary aim is to keep Mary Anne happy. “If she’s got a smile on her face, my day is complete,” he said. Captain Lee also shared his tip for a successful Valentine’s Day.

On Cameo, he cautioned fans not to make the mistake of purchasing only one gift to cover both dates in case they were unlucky enough to have a spouse whose birthday fell on February 14. Lee said, “Another no-no on Valentine’s Day if you happen to be one of the unfortunate souls like myself whose wife’s birthday happens to be on Valentine’s Day, do not think for a minute that one present is going to work for both days.”

You may anticipate that a life at sea would cause some strain in a marriage, but Captain Lee said on WWHL in 2017 that their love has become stronger due to his frequent trips from his wife. “Actually, I think that is one of the keys to our relationship being successful is the fact that we spend extended periods away from each other,” he said. “And the old adage ‘absence makes the heart grow fonder’ is true.” Mary Anne has made it evident that she believes in Lee’s ability to achieve success in the yachting sector. They are deeply in love, confirming that these two will always be our favorite yachting pair.

Lee Rosbach and Mary Anne have four sons, one daughter and one granddaughter who recently graduated from college. In conversation with The Daily Dish, it was revealed that the kids have no interest in watching Captain Lee on ‘Below Deck.’ He recounted, “Two of my sons have been involved in yachting. And Mary Anne, my wife, actually asked one of them, and she said, ‘Did you watch Dad’s show tonight on TV?’ And he went, ‘No.’ And she goes, ‘Why not?’ He says, ‘Mom, we all worked for Dad, we know who he is, and it’s like watching home movies, and we’re not in them.'”

Unfortunately, they have also been through some terrible times. The most tragic of everything the parents faced together was losing their son, Joshua, to an accidental drug overdose in 2019. On Instagram, the heartbroken father shared how his 42-year-old son passed away after fighting his addiction for over two decades. “Whether you live in a 10,000 sq ft mansion or a double wide trailer, the path of death, destruction and devastation it leaves remains the same. We loved Josh unconditionally and were proud of the man he had become in spite of his problems,” the grieving father wrote.

Lee added, “There was no one i ever knew who gave more of himself to those in his life. He loved with all his being without expecting anything in return. We both feel a hole in our souls that will never be filled. Additionally, Captain Lee and Mary Anne have decided to pay a very personal tribute to Josh.” To prevent other families from experiencing the same loss as the Rosbachs, the couple established a special scholarship in Josh’s honor at the Awaken Recovery Center in Greenacres, Florida, which helps addicts to receive free in-house treatment. We wish the pair heartfelt happiness in their journey together.

Read More: Below Deck Adventure’s Kerry Titheradge: Everything We Know