Is Chris Harrison Married? Does He Have Children? 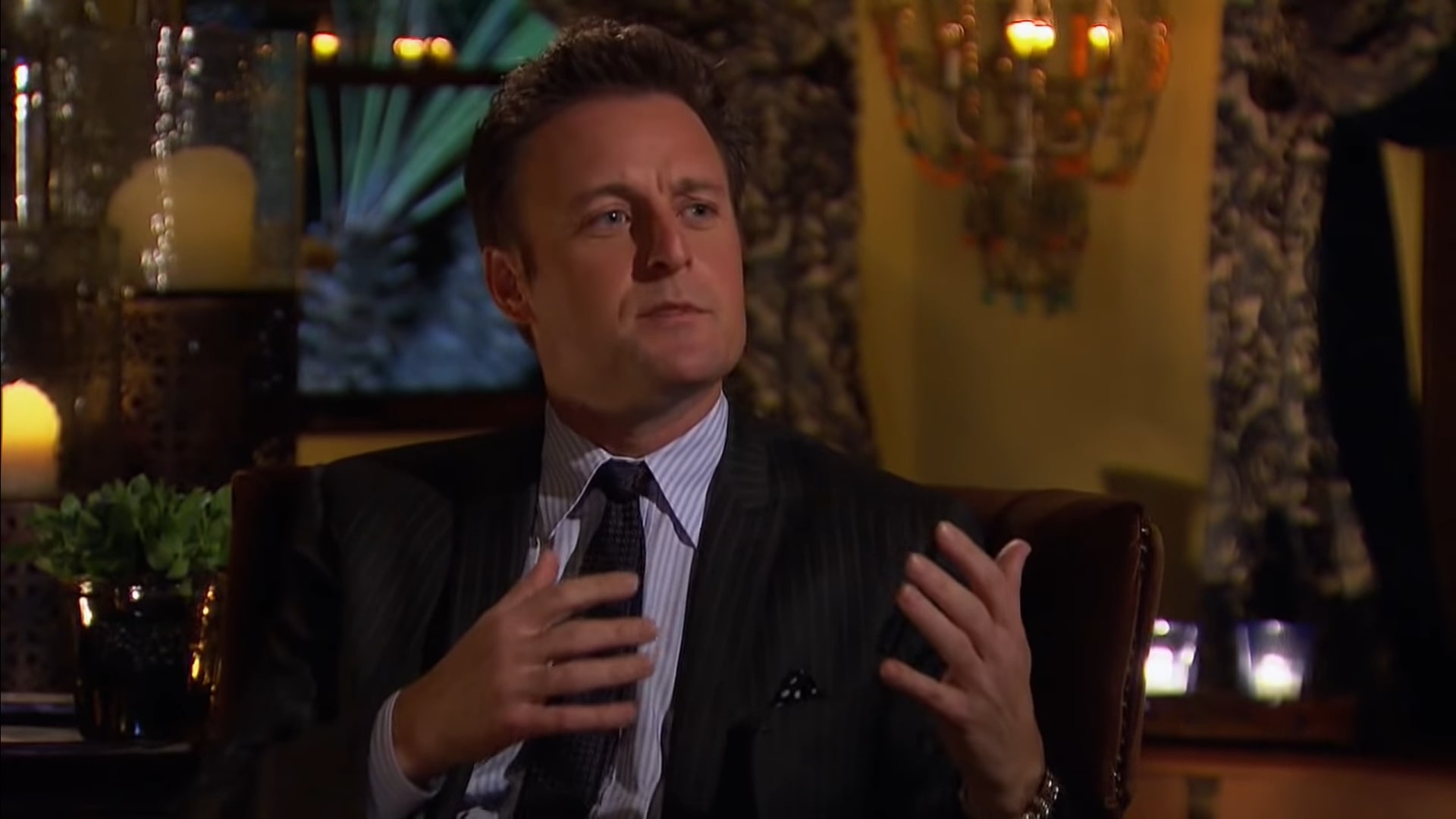 Christopher Bryan Harrison is widely recognized for ABC’s reality television series ‘The Bachelor‘ since its inception in 2002. He also hosted its spin-offs ‘The Bachelorette‘, ‘Bachelor Pad’, ‘Bachelor in Paradise’, ‘Bachelor Live’ and ‘The Bachelor Winter Games’. Now, Chris is no less than a messenger of love in the entertainment industry.

Apart from his broadcast endeavors, he also published a book in May 2015 titled ‘The Perfect Letter,’ an emotional and romantic novel. With a strong foothold in the entertainment industry and tireless work ethic, Chris’ contribution is immense. His personal life likewise has also been an object of scrutiny among fans and critics. Let’s find out more about him!

Chris Harrison was born on July 26, 1971, to Mary Beth, a real estate agent, and Steve Harrison, who worked at a clothing store, Ken’s Man’s Shop in Garland. He has an older brother Glenn Harrison who was a huge part of his childhood. The two brothers were passionately involved in sports like hunting, fishing, baseball, and soccer. His birthplace is Dallas, Texas, where he spent his initial years growing up.

Chris graduated in 1989 from Lake Highlands High School and then attended Oklahoma City University on a football scholarship. He was a member of the Kappa Sigma fraternity. He completed his graduation in the year 1993 with a degree in mass communication. Chris’ love for soccer survived throughout the years as he still invests a lot of time playing. He has a great liking for golf too.

In 1994, Chris Harrison married Gwen Jones, who he was dating since his college days. They were married for 18 years with two children Joshua and Taylor, before deciding to split up in May 2012. His role in ‘The Bachelor’ required a lot of travel, which was reportedly the root cause of their separation. In an interview with E!, Chris expressed his underlying sorrow for having separated from his wife. He said, “We’ve been together for 22 years, married for almost 19. So we grew up together, and we have so much history, it would be foolish to not be friends.”

The former couple acquired shared custody of the children thereafter, and their friendship likewise survived the divorce-phase. He even labeled Gwen as his best friend and said that they both wanted each other to be happy. Chris has been visibly involved with his two children over the years. Joshua helped him during the filming of ‘The Bachelor: The Greatest Seasons―Ever!’. Due to the pandemic, Chris started working from home with Josh as his producer and cameraman. 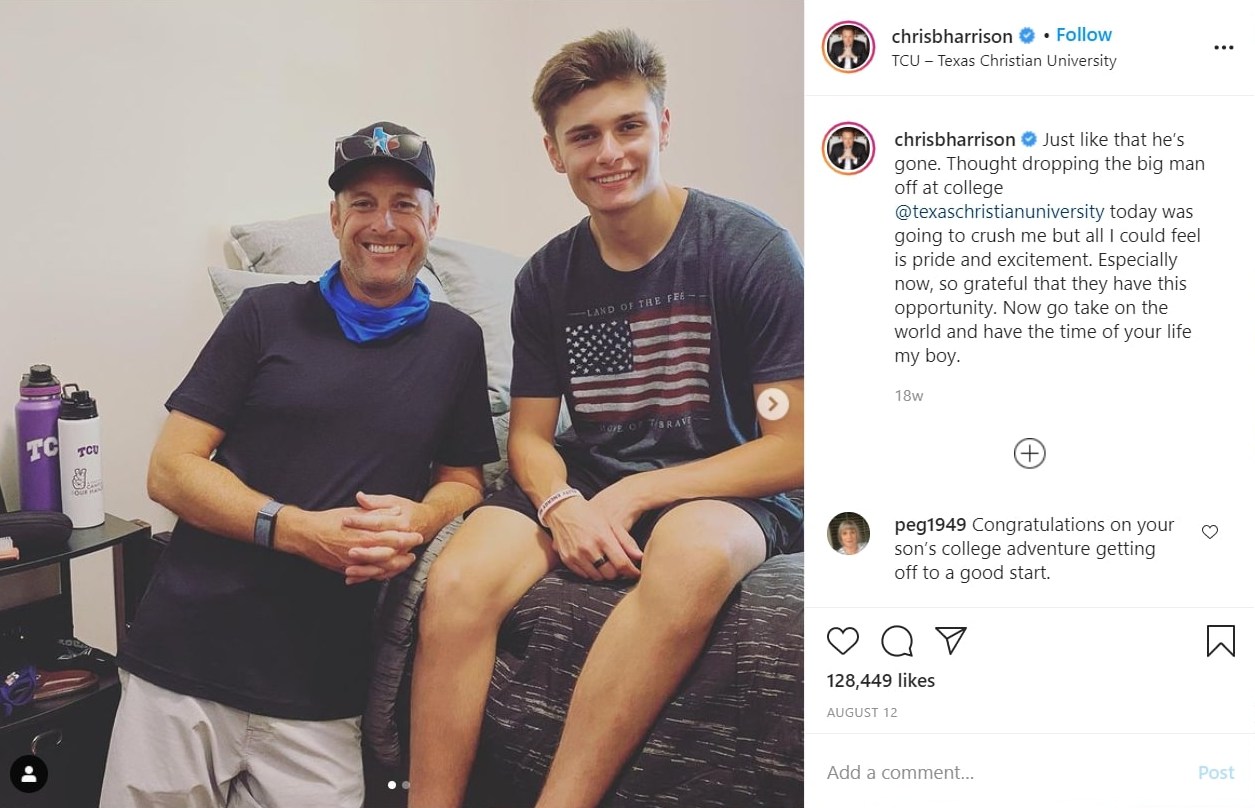 Joshua also made headlines with Chris announcing that his son would be attending Texas Christian University and joining TCU’s lacrosse team. Taylor Harrison, his daughter, is a high school student. In an interview, Chris pointed out that ‘The Bachelor’ was a great way for him to have an intimate conversation with Taylor about men, dating, and her choices in these matters. He encouraged his daughter, calling her a strong woman, and wished that she maintains the same attitude with age. 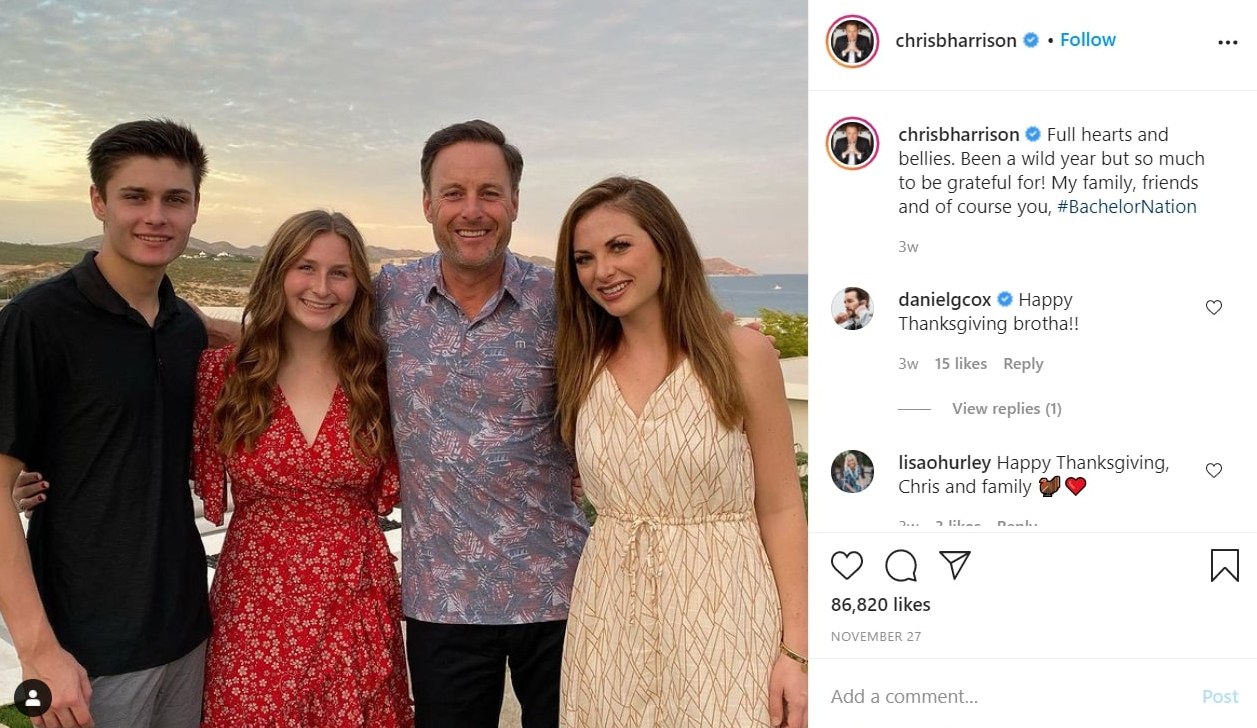 Chris Harrison is currently dating Lauren Zima, a senior producer and host on ‘Entertainment Tonight’. They met while filming ‘The Bachelor’ segments on ‘Entertainment Tonight’. They started exchanging text messages shortly after that but kept things strictly professional. The situation changed soon when Harrison asked her out for a drink, as Lauren put it on The Viall Files podcast. They made their debut as a couple at Entertainment Weekly‘s pre-Screen Actors Guild Awards party together in January 2019. 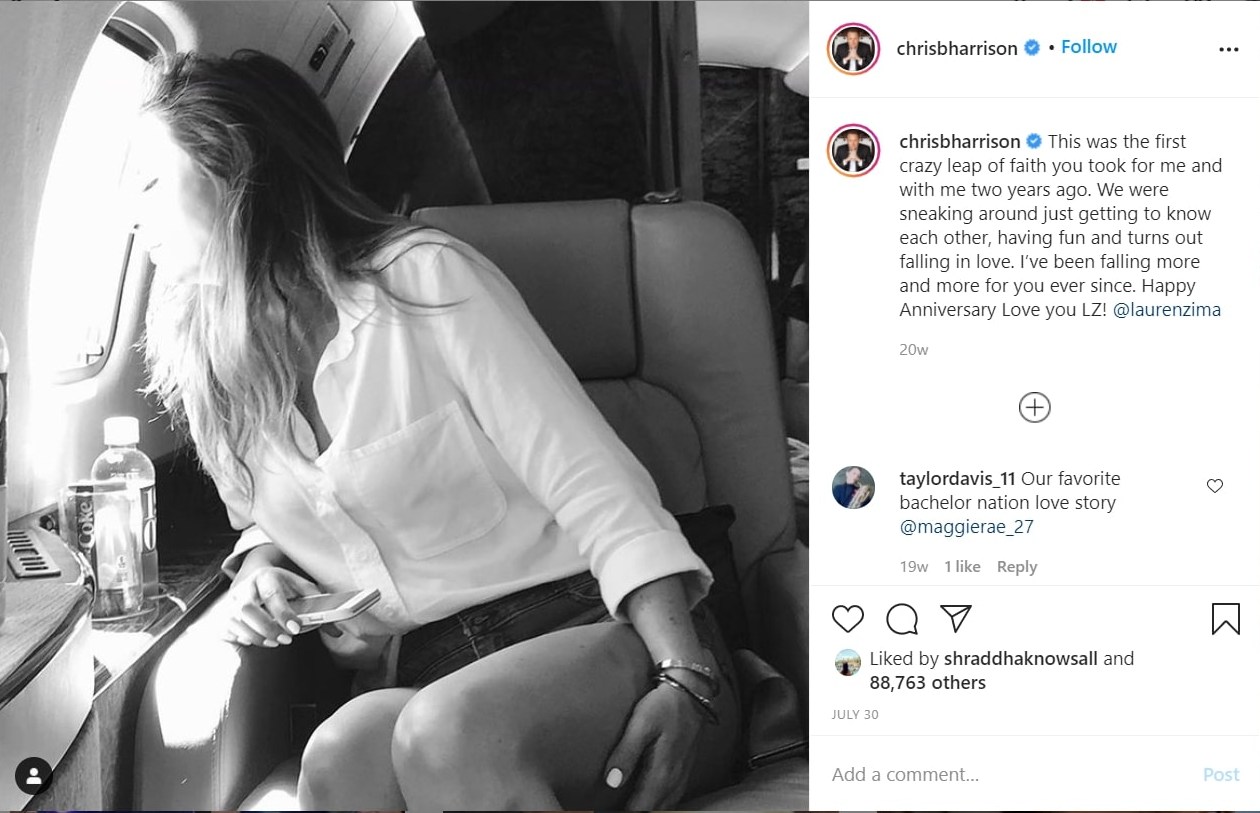 In April 2020, they admitted to having spent time together in isolation, which substantially strengthened their bond. They even conjured up a nightly Instagram series called ‘Group Date’ and made time for a few quarantine TikToks. In October 2020, Harrison began filming ‘The Bachelor’, and they were separated for two months. Lauren, in that period, showered love through her Instagram posts that expressed her gratitude for the relationship. The couple lovingly celebrated their second anniversary on July 30, 2020.

Read More: Are Peter and Kelley from The Bachelor Still Together?