Is Christina Ricci in Netflix’s Wednesday? 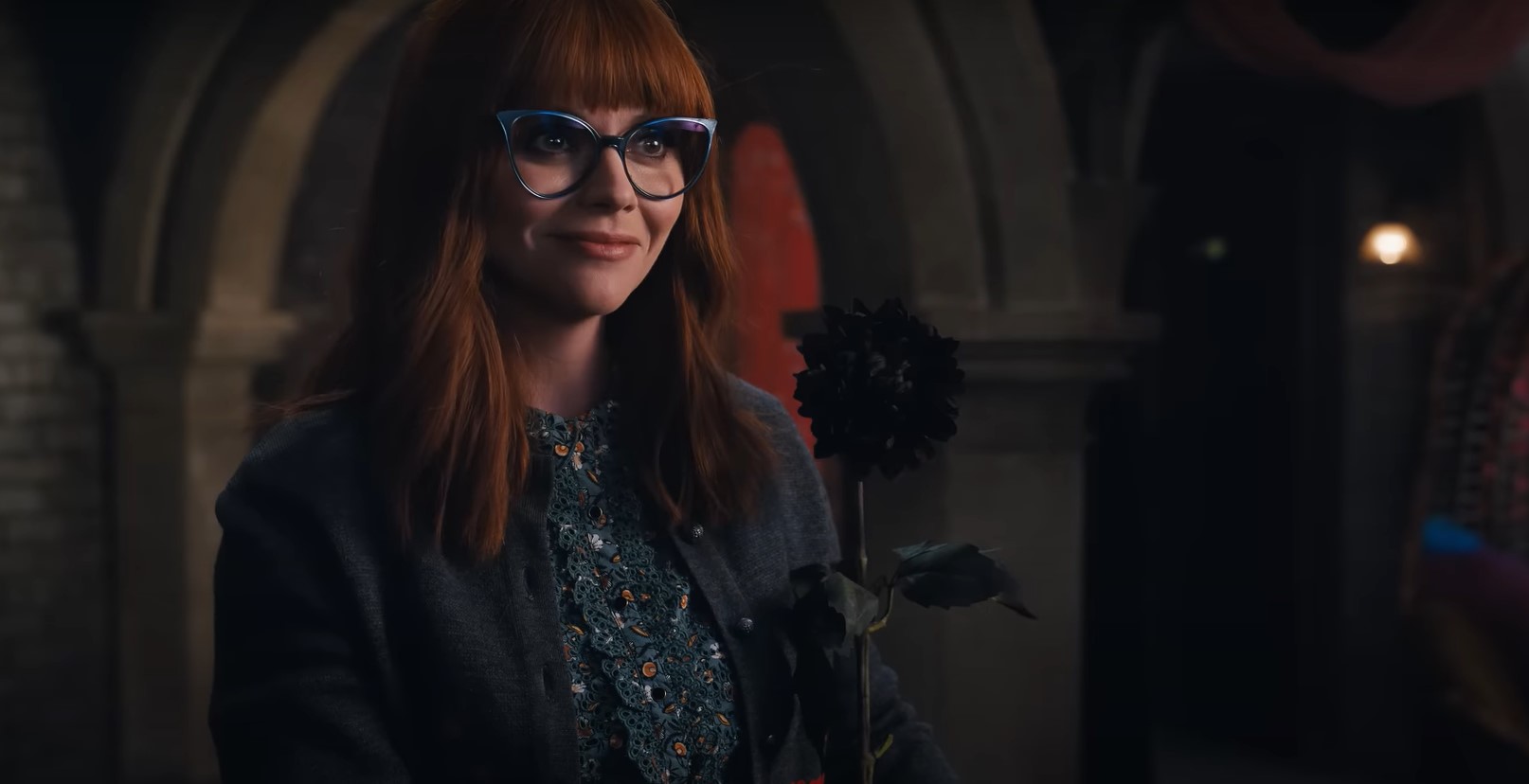 Netflix’s ‘Wednesday’ tells the story of the titular character as she comes to attend a very special school in a town called Jericho. After changing eight schools in five years, Wednesday’s parents decide to send her to Nevermore Academy, the boarding school they themselves attended. Wednesday is initially aloof and maintains a distance from the rest of the student body, but the more time she spends at Nevermore, the more she assimilates into the student body. Meanwhile, a monster prowls in the woods surrounding the school, and Wednesday discovers that she has a bleak destiny.

American actress Christina Ricci portrays Wednesday in the two live-action films — ‘The Addams Family’ in 1991 and ‘Addams Family Values’ in 1993. If you are wondering Ricci is part of the Netflix project, we got you covered. SPOILERS AHEAD.

Is Christina Ricci in Wednesday?

Yes, Ricci is in Netflix’s ‘Wednesday,’ portraying the character Marilyn Thornhill, a den mother and educator at Nevermore. At the start of the series, Marilyn comes off as a perfect example of an educator, brimming with kindness and limitless patience.

However, toward the end of season 1, darker aspects of the character are revealed. We learn that she is Laurel Gates, the sister of Garrett Gates and a descendant of Joseph Crackstone, the founder of Jericho. And like those two men, her mission in life is the annihilation of the outcasts,

According to series co-creator Alfred Gough, Ricci’s presence in the series gives them a form of legitimacy they aspired for. “We all wanted her in the show,” Gough told Gold Derby. “Tim [Burton] had worked with her in ‘Sleepy Hollow.’ Miles and I wanted to honor those 90s movies and thought if we could get her in the show that would be really cool. Scheduling-wise it was crazy because of ‘Yellowjackets,’ and again, we’re in Romania in the pandemic. She really loved that this was a chapter that hadn’t been told before. It wasn’t watching a version of what she had done again. When she jumped in it kind of gave the show the stamp of approval that you’re always hoping for.”

In the Netflix series, Jenna Ortega portrays Wednesday, and her performance already has Ricci’s seal of approval. “She is such a competent adult actress,” the ’Speed Racer’ actress told E! News. “She does not need me telling her how to do anything. She’s so wonderful.”

In an interview with Variety, Ortega admitted that the experience was quite awkward for her. “I’ve never been so awkward. I felt like I didn’t know what to say to her,” Ortega said. “I think she’s [Ricci] a fantastic character actress. I know her as Wednesday in my head, so it was intimidating. But she’s so wonderful and talented — she made it really easy.”

Read More: Is Wednesday Based on a True Story or a Book?