Is Christmas in Paradise Based on a True Story? 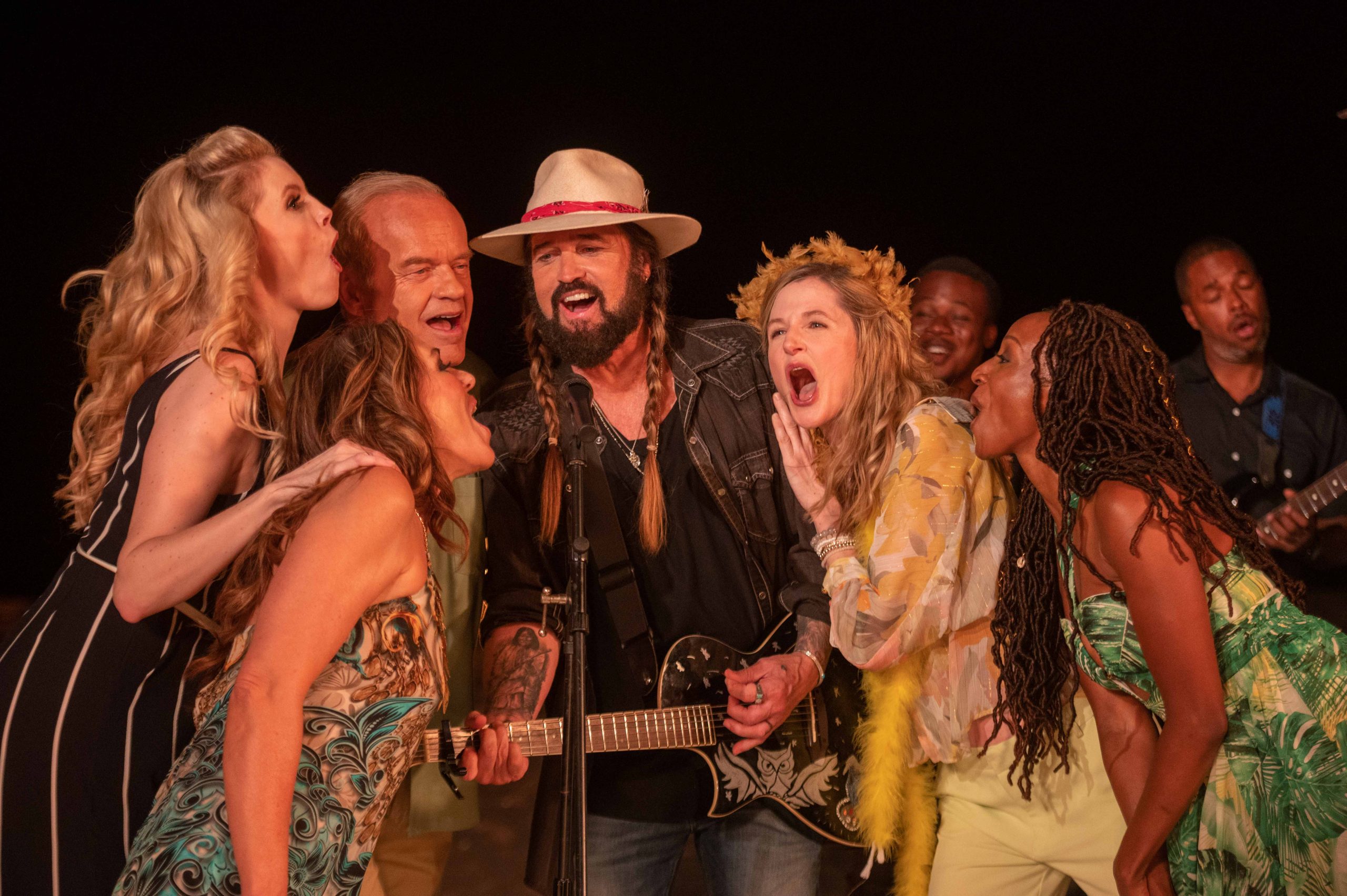 ‘Christmas in Paradise’ is a holiday movie that stands out among most Christmas-themed films because it takes an unconventional approach to reuniting families. It is a sequel to ‘Father Christmas Is Back’ and revolves around the untimely disappearance of James Christmas during Christmas. As James is nowhere to be found, his quirky daughters, Joanna, Caroline, and Paulina, trace him all the way to the Caribbean Island of Saint Kitts and Nevis. The father’s disappearance and the sister-search party sent out to look for him in the Caribbean paint a picture of an idyllic family.

While it may employ many of the same elements that make a holiday movie heartwarming, family-oriented, and of course, set during Christmas, this film is primarily character-driven. The compelling performances by Kelsey Grammar, Elizabeth Hurley, Billy Ray Cyrus, Nathalie Cox, Naomi Frederick, and Victoria Ekanoye only add to the authentic element of the narrative. If the idea of familial ups and downs and love between a playful father and his concerned daughters leaves you wondering whether the film is based on real-life events, here is everything you need to know.

Is Christmas in Paradise a True Story?

No, ‘Christmas in Paradise’ is not based on a true story. It is driven by a fictional narrative penned by Philippe Martinez and Megan Brown-Martinez that highlights the story of a father and his three daughters amid a fun-filled holiday antic pulled by the former wherein the trio learns new secrets about their father. It also sheds light on how despite the ebbs and flows in their interpersonal dynamics and life in general, the bond between the father and daughters doesn’t fade. 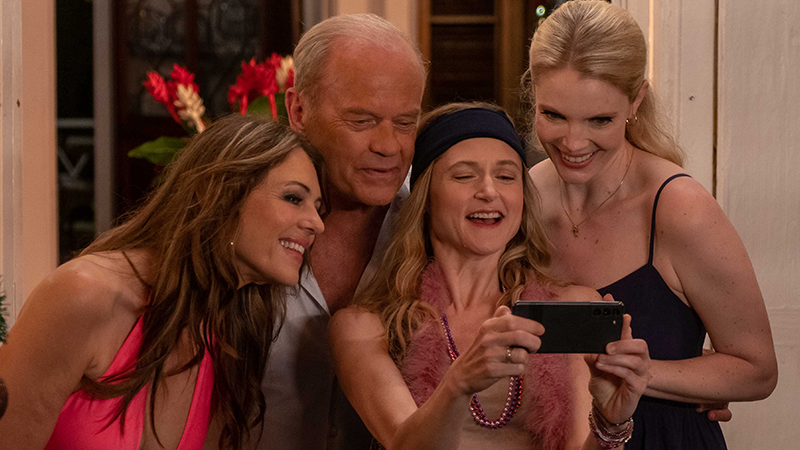 Just when Joanna (Elizabeth Hurley) plans to spend a romantic and quiet Christmas at home, she is interrupted by a phone call from her sister that changes everything. She learns that after being dumped by his fiancee, their father has fled to the Caribbean Islands, where he has been dodging calls from his family. While the sisters expect to find a saddened, estranged man, much to their surprise, they see an energetic James AKA Father Christmas, living his best life in Nevis. Surrounded by white sandy beaches, James seems happier than ever in nature’s paradise with his new friend Jimmy Love (Billy Ray Cyrus).

The sisters then discover that there is much more than meets the eye behind the decision of their father’s escapade to the Caribbean islands. The film’s unique and hilarious moments to capture the importance of family closely resonates with other holiday-themed films. One such film is ‘Christmas In Louisiana,’ which centers around the legendary Christmas celebrations of the Winter Family living in the town and their famous Sugarcane Christmas Festival during the holidays. Another similar Christmas-themed family film is ‘Jingle Jangle: A Christmas Journey.’

The film follows the story of the best inventor in all the land who formerly had a lovely family and a prosperous toy store—everything that makes a man successful. But when Gustafson, his apprentice, takes everything from him, Jeronicus is reduced to a mere shell of his former self. Journey, his granddaughter, comes into his life one day. Together, the two set out on a quest to make a magnificent toy that would permanently alter their lives.

Thus, taking everything into account, we reiterate that ‘Christmas in Paradise’ is a purely fictional holiday-themed comedy film driven by the idea of an unconventional family attempting very hard to have a typical Christmas only for their plans to keep getting derailed. However, it is their love that makes them stronger and closer than ever.

Read More: Where was Christmas in Paradise Filmed?