Where was Christmas in Paradise Filmed? 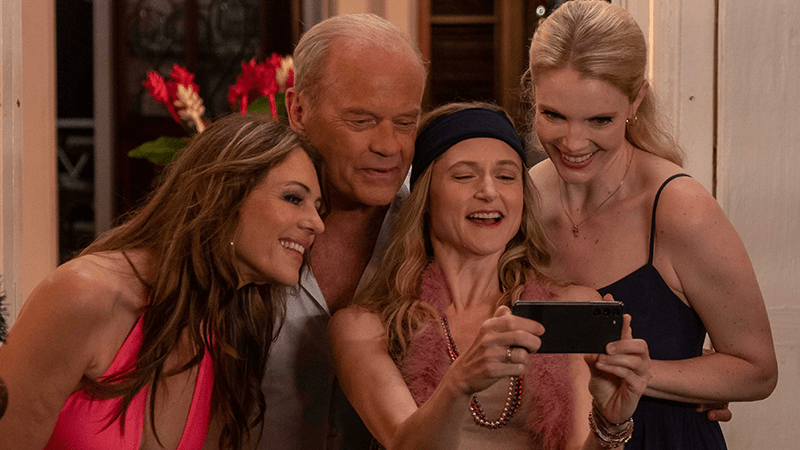 Helmed by director Philippe Martinez, ‘Christmas in Paradise’ is a quirky Christmas-themed comedy film that serves as a sequel to ‘Father Christmas is Back.’ It follows the story of three sisters — Joanna, Caroline, and Paulina — who go on a rescue trip to the beautiful Caribbean islands in search of their father, James Christmas, and bring him home for the holidays. However, upon finding their father living his best-estranged life on a Caribbean Island, the sisters are in for a surprise when they discover the real reason for their father’s retreat.

The movie features a talented cast ensemble, including Kelsey Grammer, Elizabeth Hurley, Billy Ray Cyrus, Nathalie Cox, Naomi Frederick, Victoria Ekanoye, and Rafael Emmanuel Martinez. Throughout the film, we see beautiful sun-soaked beaches lined with coconut trees and blue seas, making us wonder where this natural paradise is. In case you are wondering about the charming locations where this movie was filmed, we’ve got your back.

‘Christmas in Paradise’ was filmed entirely on the Caribbean Island of Nevis and St. Kitts. The production presumably commenced in August and likely wrapped up in Fall 2022. If you are wondering about the exact location of the beautiful Caribbean Island we see in the film, here’s everything you need to know!

St Kitts and Nevis, the Caribbean

Saint Kitts and Nevis, officially known as the Federation of Saint Christopher and Nevis, is a dual-island country in the Caribbean. It consists of two islands in the West Indies, in the Leeward Islands chain of the Lesser Antilles. The entire film has been shot in this island country that boasts of its picturesque backdrop, where viewers may marvel at the spectacular Nevis Peak, the sound of the turquoise sea, and the vision of strolling along the white sand beaches.

With respect to the filming locations, director Martinez told Deadline, “Working with our exceptionally talented friends Elizabeth, Kelsey, Billy, and Nathalie in the beautiful islands of St Kitts and Nevis was a creative dream. Stan and our partners at Grindstone have a track record in maximizing the potential of every film they acquire, so we know Christmas in Paradise is in the best hands possible.” Devon Liburd, CEO of the Nevis Tourism Authority, reportedly said, “It’s remarkable to see the island of Nevis in all its beauty, once again being captured on the big screen.”

He added, “Travel has been unpredictable for many people over the past few years and this movie gives people a real taste of island life in Nevis, hopefully enticing them to book their tickets to experience it in person. As well as being a wonderful place to holiday, Nevis is fast becoming the perfect film location for production houses, for its easy access, wonderful views, and outstanding hospitality. We hope you enjoy the movie as much as we did.”

The islands in the Caribbean are known for their vibrant landscape, beaches, and dreamy nightlife. Other notable films shot in the location are ‘Missing in Action 2: The Beginning’, ‘Hot Resort,’ ‘One Year Off,’ ‘Dreadtown’ ‘Table for 8’, and others. Thus, it is not surprising that the production team of the Lionsgate film chose the islands as their primary shooting destination.

Read More: Is Christmas in Paradise Based on a True Story?