Is Cinderella on Disney+, Netflix, HBO Max, or Hulu? 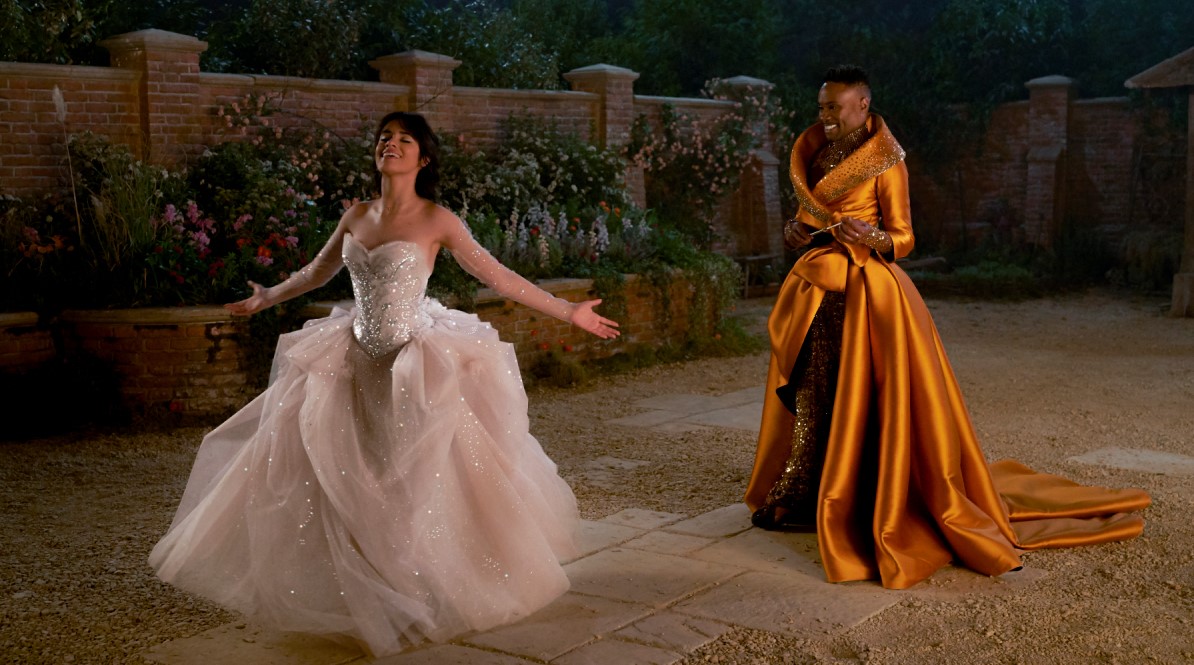 Directed by Kay Cannon, ‘Cinderella’ is a modern retelling of the timeless fairytale that revolves around the eponymous protagonist’s love affair with her Prince Charming despite her step-family’s best efforts to spoil it. Featuring stand-out performances by Camila Cabello, Billy Porter, Nicholas Galitzine, Pierce Brosnan, and Idina Menzel, the romantic drama film gives the classic love story a modern flavor. If you wish to watch it, you have come to the right place. Here’s everything you need to know about how you can watch the film!

What is Cinderella About?

Cinderella is an ordinary girl who wants to create a name for herself and lead an independent life fulfilling her dreams. She hopes to become a renowned dress-maker someday, and unlike the protagonist of the classic fairytale that inspires the movie, she is more interested in her career instead of becoming the next queen. On the other hand, Queen Beatrice and King Rowan of the royal family want their son Prince Robert to settle down and become the new ruler of the land. But to their surprise, the young prince has no interest in political affairs.

When the family organizes a royal ball, Cinderella does not fail to attend it despite her cruel stepmother’s best efforts. The night proves to be a life-turning occasion for Prince Robert and Cinderella, who fall in love with each other after their brief encounter. It sets a series of events into action whose climax arouses curiosity despite being widely known. In case you wish to re-experience the classic tale of love with a modern twist, here are all the details that you are going to need!

Is Cinderella on Netflix?

Is Cinderella on Hulu?

‘Cinderella’ is not part of Hulu’s current offerings, but subscribers can alternatively stream ‘Mirror Mirror.’

Is Cinderella on Amazon Prime?

Prime subscribers can rejoice as ‘Cinderella’ is available on the platform. People with a subscription can head here to watch the movie.

Is Cinderella on HBO Max?

Sadly, HBO Max subscribers will have to look for other alternatives since the movie is not accessible on the platform. However, we recommend our readers watch ‘Ella Enchanted,’ ‘A Little Princess,’ or ‘Princess Kaiulani.’

Is Cinderella on Disney+?

No, ‘Cinderella’ is not available on Disney+ as of now. Subscribers of the streaming platform can instead stream ‘The Princess Diaries‘ or ‘Ever After: A Cinderella Story.’

Where to Watch Cinderella Online?

‘Cinderella’ is releasing theatrically all over the United States. In case you wish to watch the film in the cinema hall, you can head here to book your tickets. Since the film is exclusively releasing on Amazon Prime online, it is unlikely to be accessible on any other platform in the near future.

How to Stream Cinderella for Free?

People who have not subscribed to Amazon Prime in the past are eligible for the 30-day trial that it offers for its first-time subscribers. So, you can watch ‘Cinderella’ free of cost, provided you do so in the trial period. However, we encourage our readers to watch their favorite movies and shows online only after paying for them.