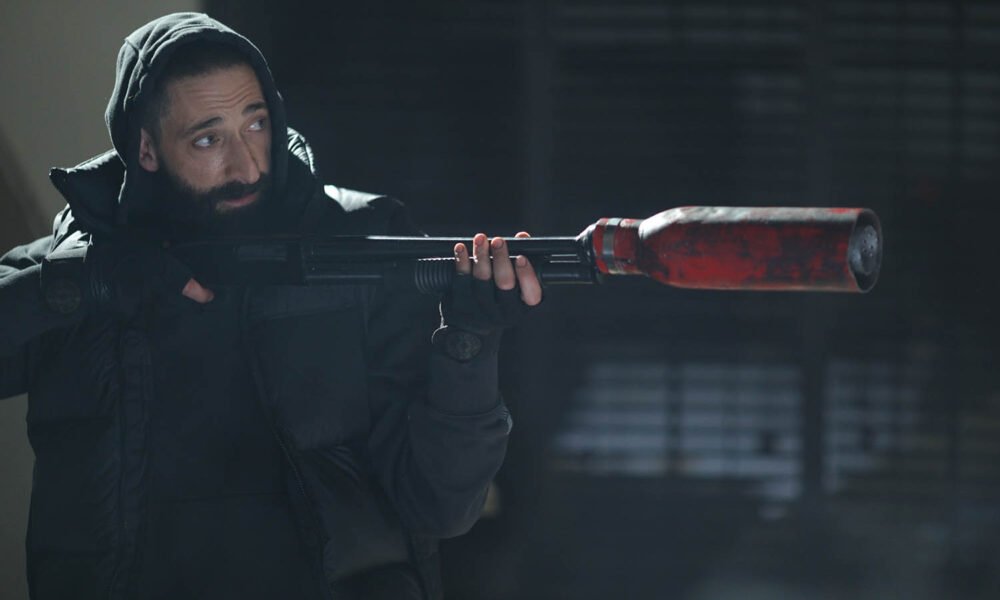 ‘Clean’ is an action thriller movie that seems like Adrien Brody’s project through and through. He not only stars in the titular role but has also produced the film, co-written the script, and composed the background score. Besides Brody, the mystery drama features Glenn Fleshler, Richie Merritt, Chandler DuPont, Mykelti Williamson, and RZA, among several others.

The storyline of the movie revolves around a garbage man called Clean. After suffering a tragic loss, he attempts to live a peaceful life. However, a well-meaning act puts him in direct confrontation with a local crime boss. That, in turn, compels him to resort to his old violent ways. If this intriguing, action-packed film has caught your attention and you wish to know more about the movie, here is everything we can tell you!

What is Clean About?

Clean is a garbage man who primarily works by himself at night. When he isn’t working, he finds ways to give back to the community – be it by cleaning up abandoned buildings or by looking out for those who are vulnerable. He even dedicates himself to protecting a young girl who reminds him of his daughter. However, when this girl’s life is at risk, something shifts in him, and Clean is ready to do whatever it takes to ensure her safety. Therefore, what ensues is a violent blood bath. In case you are planning to watch the film online, here is all the information you are going to need!

Is Clean on Netflix?

Unfortunately, the Adrien Brody-starrer is not a part of the streaming giant’s library. But we can suggest similar action movies where revenge is a central theme. On that note, you can check out ‘Law Abiding Citizen’ or ‘The Harder They Fall.’

Is Clean on Hulu?

Hulu subscribers will be disappointed to know that the movie is currently not streaming on the platform. But if you are looking for movies with violence and revenge as the main themes, you might enjoy ‘Donnybrook’ and ‘True Grit.’

Is Clean on Amazon Prime Video?

No, ‘Clean’ is not on Amazon Prime Video, although it may be available on-demand. So, we suggest you check for the movie on the official site. Meanwhile, subscribers of the streaming service may like to watch other films with violence and high-octane action sequences, such as ‘Colombiana’ and ‘Get the Gringo.’

Is Clean on HBO Max?

The action drama is not streaming on HBO Max. However, we can suggest alternatives to keep you entertained. If you are looking for movies in the same vein, you can check out ‘The Punisher‘ or ‘Taken 2.’ In both these films, the central character turns to violence for the sake of their loved ones, much like Brody’s character in ‘Clean.’

Where to Watch Clean Online?

‘Clean’ will release in theatres on January 28, 2022. So, in case you are keen on watching the film on the big screen, you can check for show timings and book your tickets on Fandango. It is also expected to release on VOD platforms the same day. Therefore, we suggest keeping an eye out for the movie on iTunes, Google Play, Microsoft Store, Vudu, and YouTube.

How to Stream Clean for Free?

Since the movie will only be available in theatres and VOC platforms, there is no way to watch it for free. We could wait for the film to be released on a streaming platform that offers a free trial, although we wouldn’t count on this option. Moreover, we encourage our readers to use legal ways to watch the films and TV shows they are interested in, which means paying for the required subscriptions.