Is Cold Mountain Based on a True Story?

Helmed by English writer-director Anthony Minghella, ‘Cold Mountain’ is a 2003 historical epic movie that chronicles the final days of the Civil War, as seen through the eyes of a shell-shocked protagonist. The movie chronicles the life of W. P. Inman (Jude Law), a private soldier who leaves the life of a carpenter to fight in the US Civil War under the Confederate State Army. However, during the war’s final days, he deserts his troop and embarks upon a daunting journey back home to his past love. Although a movie is rarely credible as a history lesson, period movies often have a realistic basis. You may seek to know whether the story is taken from the pages of a history book. In that case, we have you covered.

Is Cold Mountain Based on A True Story?

‘Cold Mountain’ is partially based on a true story. British playwright and filmmaker Anthony Minghella directed the movie from a script he penned himself. The script, in turn, was a direct adaptation of the eponymous novel by novelist Charles Frazier. Upon its publication in 1997, the novel was showered with awards and accolades, including the National Book Award, the 1997 W.D. Weatherford Award, and the 1998 Boeke Prize.

When modeling the book, Frazier took inspiration from existing pieces of literature, like Homer’s epic ‘Odyssey’ and war veteran John V. Hadley’s memoir ‘Seven Months A Prisoner.’ If you look at the trope of the hero’s return, the similarities with ‘Odyssey’ become quite clear. However, the book’s story was almost entirely inspired by the real-life accounts of Frazier’s great-grand-uncle, who lived near the Cold Mountain in North Carolina and took part in the Civil War. Shreds of evidence found by former War Department adjutant general Fred C. Ainsworth corroborate that William P. Inman indeed fought in the Civil War as part of the Twenty-fifth North Carolina Infantry Regiment.

The movie opens with a battle sequence. The battle, known in history as Battle of the Crater, was fought on July 30, 1864, as the Twenty-fifth North Carolina Regiment forced entry into Petersburg, Virginia. W. P. Inman was wounded in the battleground, eventually ending up in a general hospital in Petersburg. Official records marked the date of his admission to the hospital as of August 21, 1864. The reason for his admission – a bullet injury to his neck. Subsequently, he was transferred to a hospital in Danville, Virginia, and later to Raleigh, North Carolina. October 11, 1864, marks the date of his discharge from the hospital. He was ordered to get back on duty, but the near-death experience ostensibly made him feeble and unwilling to continue duty. 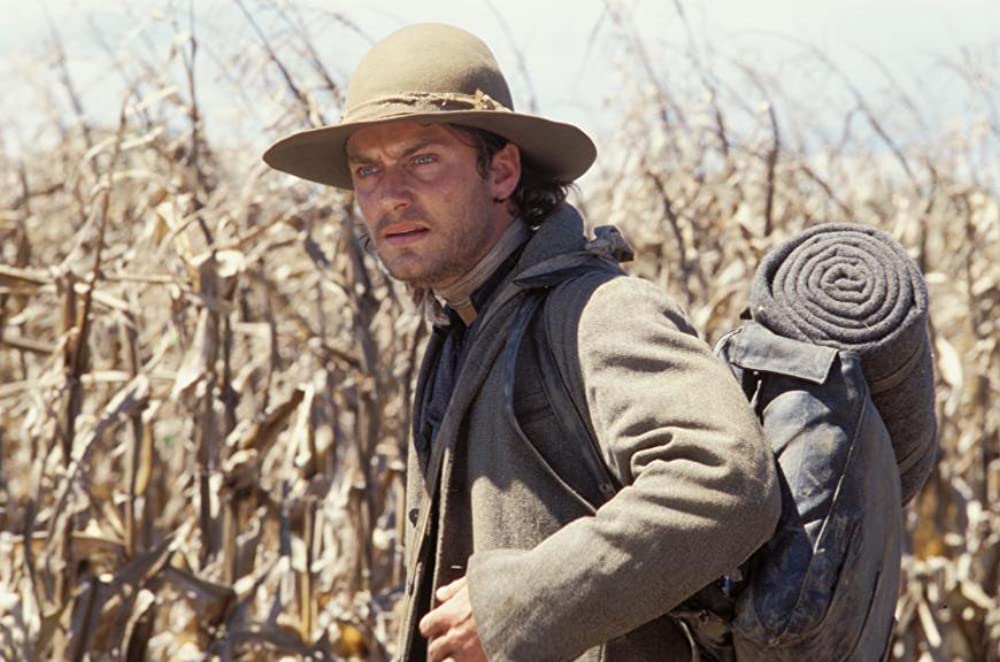 He deserted from the hospital in Raleigh, and his name was dropped from the unit muster roll on November 2, 1864. However, the last card of Inman’s compiled military service records revealed a contradiction at the story’s heart. Inman signed an oath of allegiance to the US in East Tennessee. However, an underlying note revealed that Inman deserted the rebel forces on January 15, 1863. The two accounts do not add up, although the fact that Inman deserted the battleground is certainly true. Cross-verifying data further revealed that Inman exists on the oath of allegiance list under Knoxville, Tennessee, with an L. H. Inman. It turns out that W. P. Inman and L. H. Inman were siblings who enrolled on duty on the same day.

All the Inman brothers fought in the war, with William enlisted in the Company F of the Twenty-fifth North Carolina Infantry Regiment with brothers Lewis and Joshua. The other three, namely Daniel, Joseph, and James, served in the Sixty-second North Carolina Regiment. Therefore, it could be that William did not make the journey back home himself and was accompanied by his brother L. H. Inman. However, for the lack of solid evidence, we are left to connect the dots on our own here.

The writer was perhaps left to veer into the realm of speculation to get the specifics, as was the filmmaker. In fact, in the book’s acknowledgment section, Frazier supposedly apologized for taking “great liberties” with the depiction of W. P. Inman’s life. According to the family’s oral history, Inman took a fatal blow in the hands of Teague’s Home Guard, three or four miles short of his home. With these conflicting narratives at hand, the journey of W. P. Inman may forever be shrouded in myths and stories. However, through highlighting his plight, the movie showcases a dark era in the history of the US, and the depiction is pretty realistic.