Is Crisis Based on a True Story? 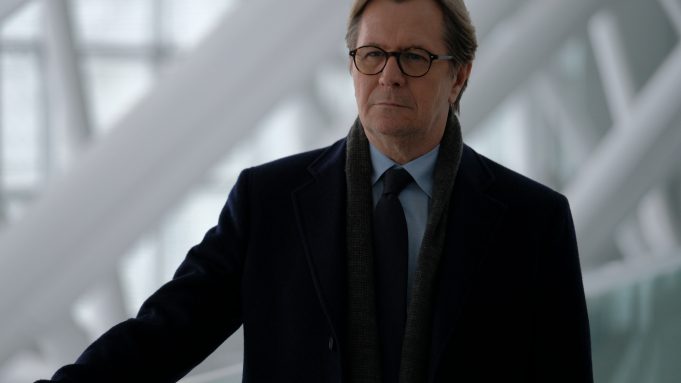 Directed by Nicholas Jarecki, ‘Crisis’ is a thriller film that interweaves three distinct stories related to drug-abuse and its repercussions. An undercover DEA agent tries to apprehend a massive drug-related operation by tailing a drug trafficker who arranges a multi-cartel Fentanyl smuggling operation. In the second story, we see an architect recovering from an Oxycodone addiction after her life is devastated by her son’s death.

She takes matters into her own hands as she launches an investigation into the truth behind her son’s fate. The film also deals with the pharmaceutical company whose relentless marketing of opioid drugs fuels the drug addiction that plagues society. The narrative resonates deeply with real-life issues and holds a mirror to the internal damages of our society. We got curious about the story’s veracity, and here’s what we found out!

Is Crisis Based on a True Story?

‘Crisis’ is partially based on a true story. Even though the characters are fictional themselves, the film explores the inner workings and the health emergency induced by the opioid crisis in the USA. The emotional impact of drug-related deaths and the workings of the law enforcement agencies to curb drug-trafficking are derived from true happenings that entailed the opioid epidemic. Nicholas Jarecki wrote the script based on heavy-duty research, which helped him gather relevant details to base the story on harsh reality.

Jarecki talked to reporters who had covered the opioid crisis and gathered intel from undercover narcotics officers who uncovered the truth behind prescription abuse and scientists of the pharma companies. The life-threatening addiction affecting commoners stemmed from the pills that were prescribed to them for alleviating pain. Jarecki’s incursion into the truth behind the corporations’ role and the regulators led him to narrativize a situation wherein painkillers themselves became killers.

The opioid crisis started in the 1990s when the big pharma companies aggressively marketed their prescription painkillers. They had reassured medical professionals that the painkillers did not induce addiction in the patients. As the drug rates soared, different illegal channels became active that started peddling opioids, most significantly the synthetic drug, Fentanyl. Since the turn of the century, prescription opioids have been the purported cause of death for more than 450,000 Americans.

When the prescription rates were increased to discourage the relentless usage of opioids, users looked for cheaper alternatives. In December 2015, the-then President Barrack Obama authorized financial stimulus to fund opioid research to pull back society from the damages of the opioid epidemic. In 2017, former President Donald Trump declared the opioid crisis a public health emergency. Soon after, various states undertook major steps to tackle the serious issue.

It would be remiss if we didn’t take this opportunity to talk about one of the most eye-opening instances in recent times pertaining to this issue. You see, global consultancy firm McKinsey & Company was indicted for doing consultancy work to “turbocharge” the sales of OxyContin, an addictive pain killer marketed by Purdue Pharma. McKinsey & Co were accused of employing unethical marketing tactics to force the over-prescription of the aforementioned drug.

Even as the fallout of the epidemic became clear, the company did not stop its machinations. Ultimately in 2021, the firm agreed to pay nearly $600 million as a claim settlement and committed to backing down from consultancy work with regards to the opioid businesses. The pharma companies’ role in exacerbating the epidemic is well depicted in ‘Crisis,’ even though the film doesn’t state the hard facts.

In an interview with Deadline, Jarecki said, “The devastating impact of the opioid epidemic reaches all corners of society. Each day brings a new revelation about what corporations, traffickers, and governments knew about the madness all along. I’m grateful to our outstanding cast, whose nuanced performances put a human face on this urgent problem that needs our attention now.” Interestingly, Eugene Jarecki, Nicholas’ older brother, made a documentary titled ‘The House I Live In,’ which delved into the flaws of America’s drug policy.

Both the brothers’ work grapples with the complexities that arise from the nationwide drug problem and the machinations of big industries in fuelling its prevalence in society. Jarecki reflected that addiction does not discriminate, and he wanted to look at the opioid issues from all the available angles. To achieve this feat (in a more literal sense), he shot the film in 35mm to achieve the gritty realism that reminds us of Steven Soderbergh‘s film, ‘Traffic,’ that deals with the reality of cocaine addiction. So, all things considered, even though the characters in ‘Crisis’ are fictional, it situates its story on a real-life health epidemic that is yet to be resolved in its entirety.