Is Crooked House Based on a True Story? 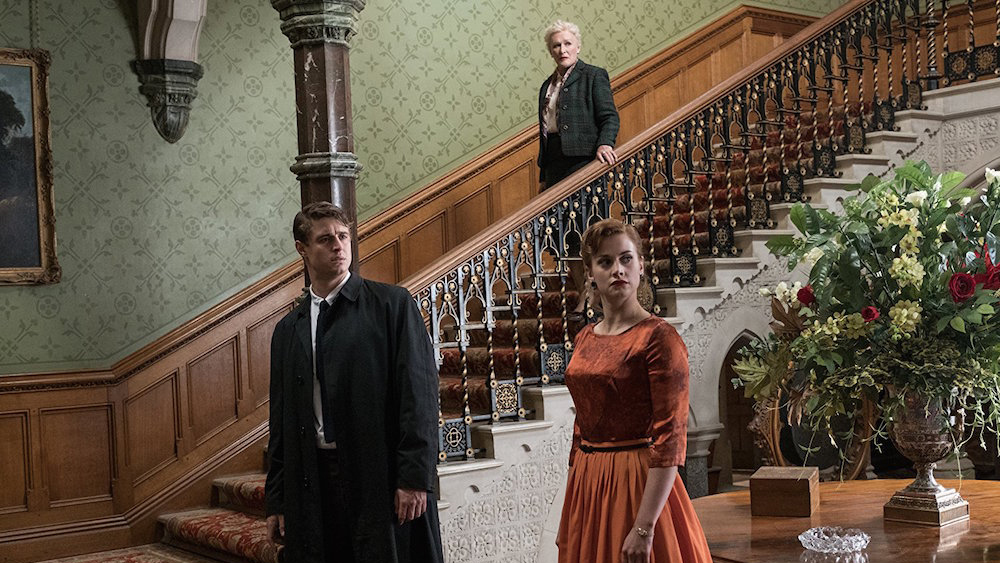 French filmmaker Gilles Paquet-Brenner brings a brooding and ominous suspense-mystery drama in the 2017 film ‘Crooked House.’ The film’s story revolves around a taut whodunit mystery fraught with twists, turns, and devastating revelations. Following the death of Greek-English oligarch Aristide Leonides, his granddaughter Sophia comes to her past fling Charles asking for help.

Son of a well-known Scotland Yard policeman, Charles runs a private investigation company. He takes up the case reluctantly, but his investigation plunges him into the heart of a locked room mystery. A Borgia is living under the roof, and nobody in the room is out of suspicion. The perpetrator turns out to be the least obvious one in this movie that keeps the audience guessing. However, you may wonder whether the film is rooted in reality. In that case, we have your back.

Is Crooked House Based on A True Story?

No, ‘Crooked House’ is not based on a true story. It is based on the eponymous 1949 Agatha Christie novel, which the author considered one of her favorites. Many Christie fans hold the work of fiction in the highest regard, and thus, the cinematic adaptation was unmistakably challenging for the director and the screenwriters. Barring a 2008 radio play broadcast on BBC Radio 4, there was no single cinematic adaptation of the famous Christie novel. Thus, it proved to be a treasure trove for filmmakers. Neil La Bute first announced the project in 2011, who divulged his intention to spin a movie out of the novel. It was also announced that Julian Fellowes of ‘Downton Abbey‘ fame would write the screenplay.

Although slated for 2012, the project was delayed, and the cast and creative team kept changing. Fellowes wrote two versions, teaming up with Tim Rose Price, and then French filmmaker Gilles Paquet-Brenner came to be associated with it. He made slight changes, and the movie came to have its final look and feel. He also brought a French gothic sensibility to this classic locked-room mystery. In consequence, an ambiance of brooding darkness mars the story.

Both Glenn Close and Max Irons (son of acclaimed actor Jeremy Irons) agreed to take on the project after reading Fellowes’s script. Other co-stars such as Julian Sands, Christian McKay, and Amanda Abbington had considerable knowledge of the author’s oeuvre due to their various appearances in Agatha Christie adaptations. Barring some anachronisms and creative changes, the cinematic narrative does not stray from the Christie novel too much.

However, there are some significant innovative changes, which alter some equations for the characters. The most glaring of the alterations is that Charles and Sophia are engaged in the novel and not just ex-lovers from Cairo. Therefore, the book requires a much more personal and direct engagement of Charles than the movie. In the film, Charles’ father and decorated Scotland Yard policeman, Sir Arthur Hayward, is declared dead, while the character appears in the novel. In the book, the nanny is poisoned by digitalis and not cyanide like in the movie.

The attempted murder of Josephine occurs in the book by blunt trauma and not a severed rope ladder. The final car chase sequence is also a dramatic ploy that the screenwriters added to the movie adaptation. Moreover, Lady Edith writes two confessions in the original story, one for Charles and the other for Chief Inspector Taverner. Philip and Roger’s positions in the family are also switched. Brenda transforms from a waitress to a dancer in a Las Vegas club. The story is set in the late 50s, a decade later than the original. In the end, the movie retains the essence of the Christie novel, becoming a dark exploration of a crooked child’s psyche.