Is Destination Wedding Based on A True Story?

Victor Levin paints an unlikely story of a liaison between two outsiders in the 2018 oddball romantic comedy film ‘Destination Wedding.’ It follows Frank and Lindsay, who meet at the airport, and chaos ensues. While she is not exactly the damsel waiting to be saved, he is not the chivalrous prince charming. They are endearing in their ways, and the predestined meet makes for a perfect recipe for a sour comedy. Winona Ryder and Keanu Reeves walk in the shoes of their characters with grace, and the story enlivens the audience by the end despite what some of the critics say.

The film creates a strong connection between the audience and the characters as the camera rarely moves the focus from its central pair of subjects. We get a glimpse into the lives of two people who are practically invisible in their own lives. However, you may want to know whether the story of ‘Destination Wedding’ is based on actual events, and most importantly, if the mountain lion is real. Well, let us tell you everything we know about it!

Is Destination Wedding Based on A True Story?

No, ‘Destination Wedding’ is not based on a true story. Victor Levin of ‘Mad Men’ fame directed the movie from a screenplay penned by himself. However, the conversations seem highly realistic, and in turn, the film attains a special place in the hearts of the audiences, especially the genre fans. The writer-director of the sour romantic comedy had been to his fair share of destination weddings, but he was apparently motivated by the theme while penning the script.

Levin initially thought of placing two of the grumpiest of people, failing as they are in love and life, in a hilarious situation. The writer-director figured that his characters would be at their absolute worst at the unabashed display of another’s happiness. A wedding is a perfectly crowded place to create the ceremonious ambiance Levin needed to contrast. Due to his own experiences in destination weddings, the director knew of the qualms that are part and parcel of such a vacation.

Comedy is often conjured in extremes, and the comic ambiance of ‘Destination Wedding’ is created at the expense of its central pair’s misery – while Frank is too afraid even to try since love does not make sense to him, Lindsay thinks love to be a dangerous affair one should steer clear of at all costs. Although Levin portrayed the sentiments articulately in his script, he is not as hopeless about love. The talented writer-director is happily married, although he may have gone to such places in thought to replicate the sentiments in writing. 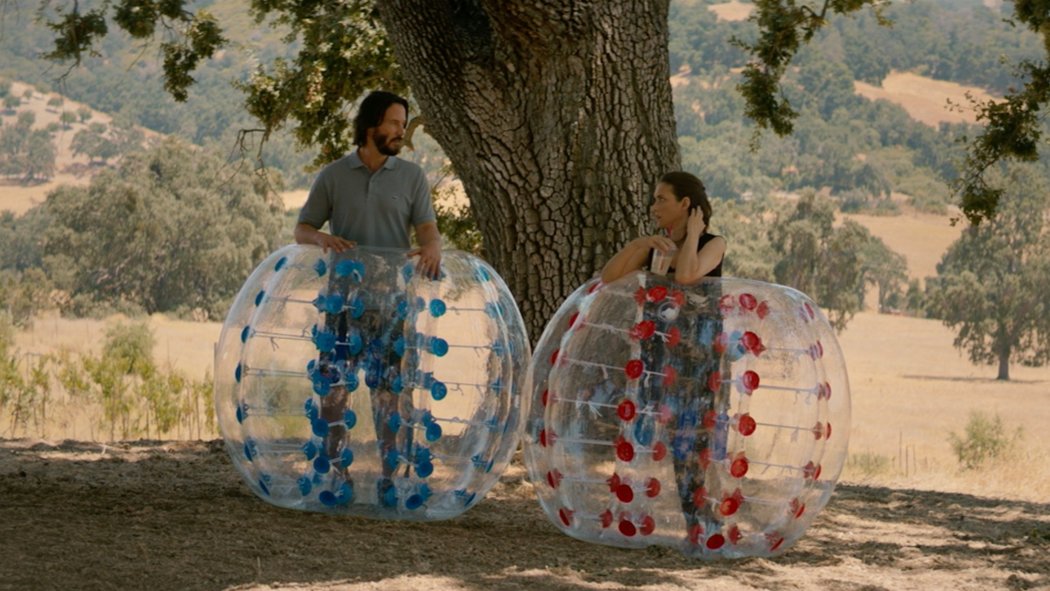 However, Kevin makes a strange guttural throat-clearing noise, which actually has something to do with the director’s habit. In an interview, Levin was not hesitant to acknowledge that he makes such noises, although he maintained that he is not proud of it. However, Levin did it for Keanu, and the actor replicated it beautifully and with a deadpan face. The result is as intended – Frank is further distanced from the audience and the camera.

It is as if the camera does not exist, and we are eavesdropping on hilarious stream-of-consciousness dialogues. The credit goes in large parts to the central duo of Winona Ryder and Keanu Reeves, who bring out the stomach-belching humor of the script with deadpan faces. The audience is led to think that the characters are pretty compatible, owing to the decades-long friendship of the two. Ryder was the first to come on board, and on her recommendation, the director considered Reeves in the role of Frank, the male lead. 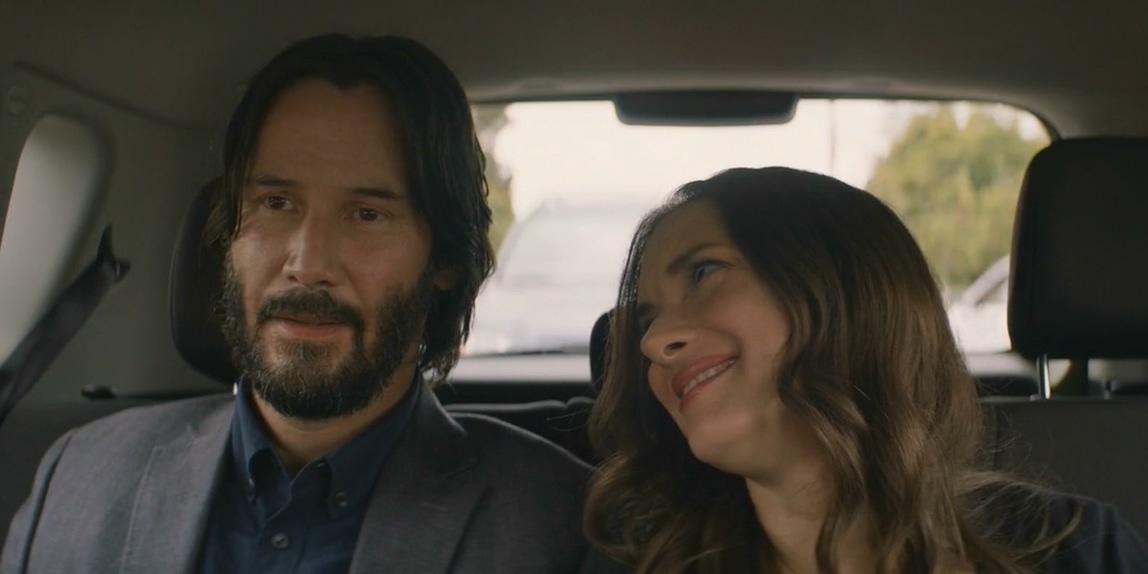 The two reprise their on-screen partnership after Francis Ford Coppola‘s 1992 horror-romance ‘Dracula,’ Richard Linklater‘s rotoscope animated psychological thriller ‘A Scanner Darkly’ and Rebecca Miller’s rom-com ‘The Private Lives of Pippa Lee.’ Therefore, it was not difficult for them to create a seamless ambiance on the screen. Moreover, the duo had the good fortune of sharing the screen with the esteemed mountain lion, which brought out the real force in Reeves. Yes, the director used an actual mountain lion for the movie.

However, the “screen sharing” part may be a little exaggerated. The two sides of the scene were filmed separately and were put together later – a technique called “compositing.” In other words, the composite shot was created at sleight of hand by the editor later in software and had nothing to do with Keanu Reeves making the daunting sound. Therefore, although the director packs ‘Destination Wedding’ with a few personal touches, the narrative is driven by a fictional script that is not rooted in reality.