There are always some people, in any sphere, who do not get enough appreciation in their lifetime as much as they deserve. In the cinematic world, the Academy is not known to be too generous towards to a few directors, who have their own unique vision. After talking about Christopher Nolan, David Fincher and Quentin Taramtino — all of whom have been ignored by the Academy up until now, we today take up another American director, who has made his mark by making movies that only he can make: Richard Linklater.

If you really want to learn about the beauty of life and its small insignificant moments, take some time out to listen to this guy. His observations about life are incredibly enlightening. Not surprisingly, he has made films like Before Sunrise/Sunset/Midnight and Boyhood that are nothing but extracts out of ordinary life. No fancy story-telling, no car crashes, no heroes, no villains. His films have just humans: flawed and real. Here is the list of the top Richard Linklater movies, ranked from average to best. You can watch some of these Richard Linklater movies on Netflix or Amazon Prime or Hulu. 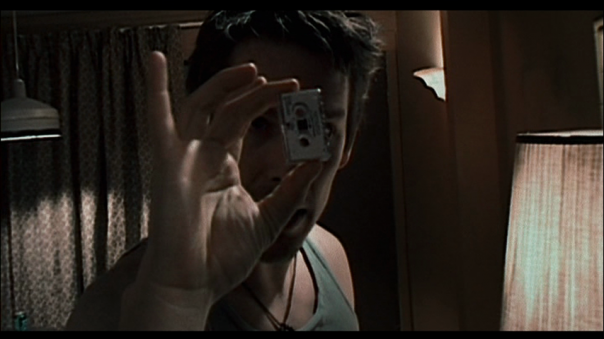 Confiding in long-time friend, Ethan Hawke, and bringing in Uma Thurman and Robert Sean Leonard, Linklater made a psycho-drama which can be cherished till today. ‘Tape’ revolves around three people, who have come together to solve the unresolved mysteries of their high school days and they do so, by sometimes revealing the harsh truths and sometimes holding back facts. And when the end credit rolls, we come to know of everyone’s true spirit and motivation which have led them to their own destinies. One of the underrated Richard Linklater movies. 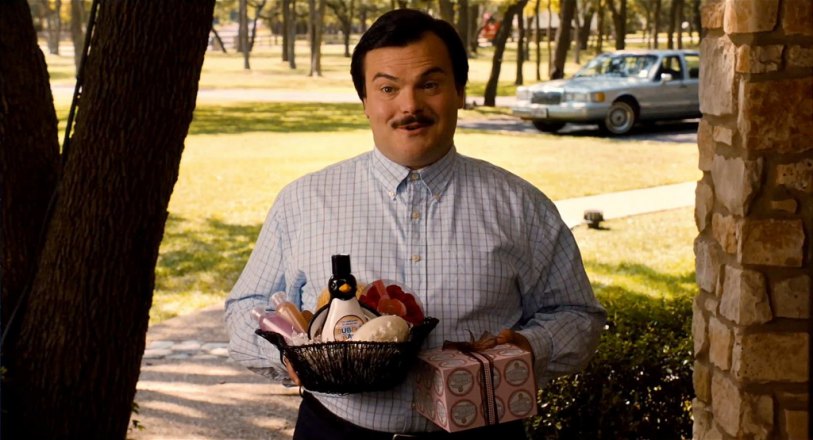 Claimed to be one of the ‘most unappreciated film of the year it got released’, ‘Bernie’ tells us a rather simple, but intriguing, story about a weird person, a funeral designer, who is a good-to-go and a kind-hearted man and has an exceptional rapport with everyone within the community he lives, even a not-so-likeable widow. Things go awry and we see the whole community defending him when that woman is found murdered and fingers point towards Bernie as the killer. Though the film did not do good at the box office, Jack Black, Matthew McConaughey and Shirley MacLaine gave some good performances to make ‘Bernie’ a commendable film by Linklater. 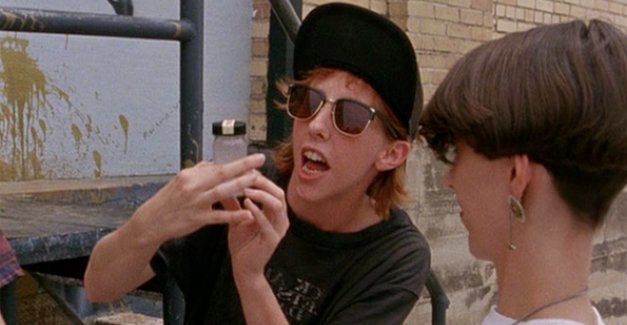 Being one of those independent comedy-drama films which were preserved in the National Film Registry, ‘Slacker’ is a seemingly plotless film following many characters namely a talkative taxi passenger, an UFO enthusiast, a JFK conspiracy theorist and a woman who wants to sell Madonna pop smear to name a few. Richard Linklater appeared in this himself to lessen the cost. Though the film did not get too much attention in the 90s, it was during Linklater’s rise that people deemed it to be one of his bests. 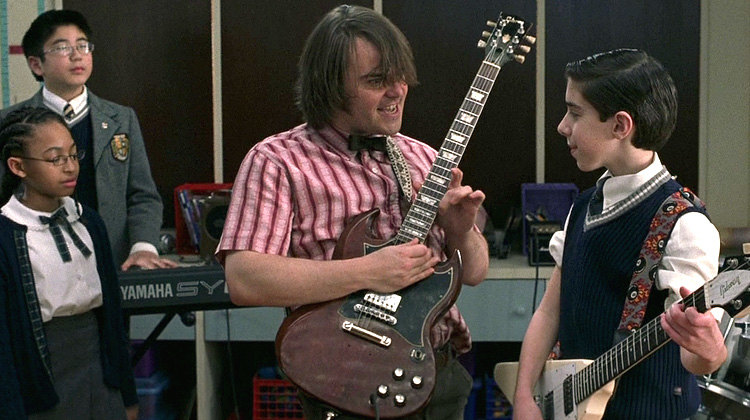 One of the best musical comedy-films of the 2000s, ‘School of Rock’ follows a passionate guitarist, who is thrown out of his band, and is desperate to find a work. Passion and desperation takes over and he disguises himself as a music teacher in an élite private prep school and forms a band of hard rock out of fourth graders to compete in the local Battle of the Bands. Jack Black is seen to reprise his role as a lead after ‘Bernie’ in a Linklater film. The film remained the highest grossing musical comedy film of all time, till ‘Pitch Perfect 2’ took it over in 2015. 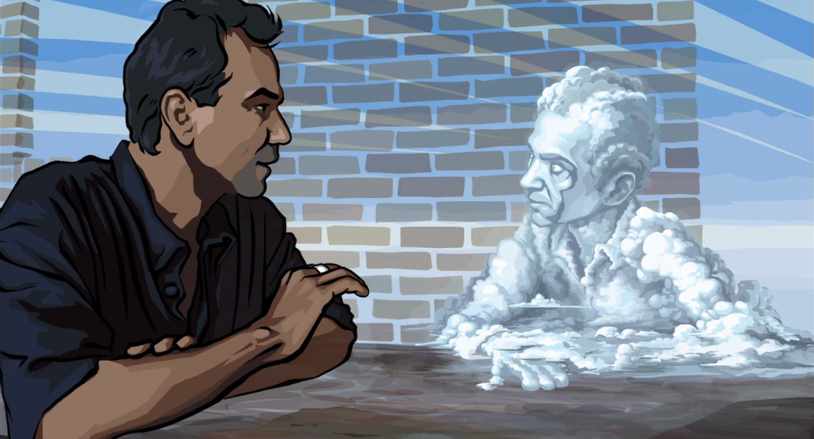 The first of the animated lot from Fox Searchlight Pictures, ‘Waking Life’ is an adult animated documentary-type project. Unlike other feel-good animated movies every year, ‘Waking Life’ explores deep areas of human emotions, dreams, consciousness, reality, free will and existence. It makes us lose ourselves in an arena of imagination, where the whole world belongs to us and we question ourselves at the end: Are we imagining in the real world or are we dealing with realism in an imaginative world? Described as a unique and surreal piece, this film just magnifies the passion of Linklater’s filmography altogether. 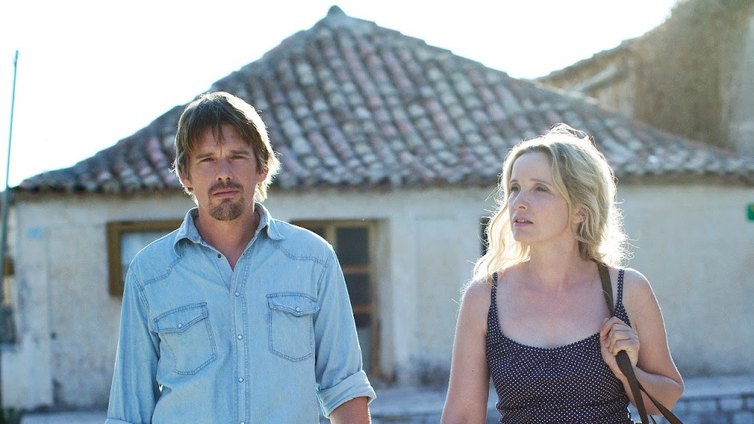 The concluding film of the ‘Before’ trilogy, ‘Before Midnight’ lives up to the expectations of the audiences. 18 years after the events of ‘Before Sunrise’, ‘Before Midnight’ takes the story of Jesse and Celine forward and shows us how they reminisce about their lives and contemplate on the choices they had made in their earlier years. Before Midnight like its predecessors is talky, witty and funny — in fact funniest amongst all — but it’s more matter of fact or pragmatic in its approach, shedding the mushy romanticism for bare truths about love and life. 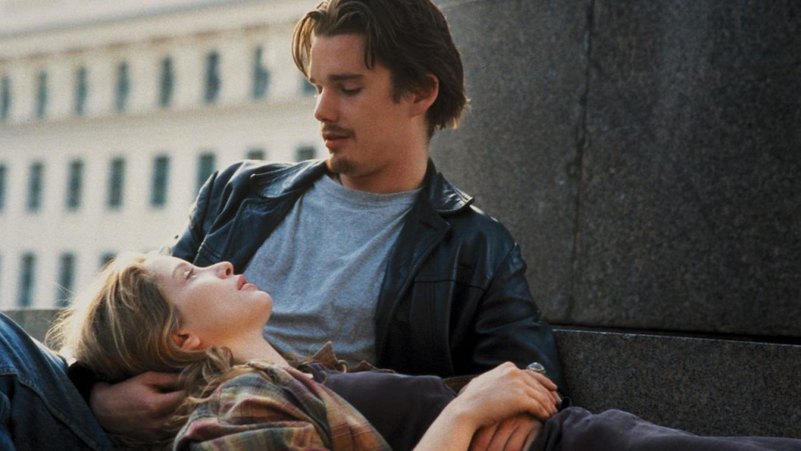 A subtle romantic flick which can make your day; ‘Before Sunrise’ is such a film. The film follows two young people, falling for each other slowly and taking decisions, which would change their life forever. Jesse and Celine meet on their way to Vienna on a train and they start connecting immediately. After having a long chat, Jesse convinces Celine to get off with him in Vienna. And as they are literally bankrupt, they spend the night in the streets, walking and talking. Though nothing major happens throughout the film, ‘Before Sunrise’ touches you in a way that you hardly realize while watching, but later you feel the magic of it. Before Sunrise’s success sprawled another two sequels, which together would go on to be called as one the best film franchises ever produced. 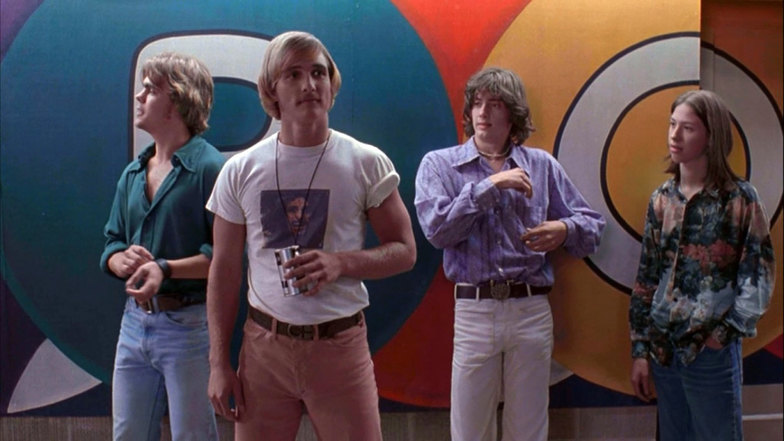 ‘Dazed and Confused’ is such a piece which does not meekly take us to the past, rather demands our teenage lives in schools and colleges to be felt again, and this time in a more reckless way. It tells us about different groups in a high school, the to-be-graduating ones, the freshmen and the more ‘rowdy’ ones. Long story short, the film takes us to our past glory days. We relate to the characters so easily that when the last scene rolls with a rock song playing in the background, we are suddenly transported to our graduation days and thus, ‘Dazed and Confused’ succeeds in such a humongous way. An ensemble cast of actors play the roles, including Matthew McConaughey, Jason London, Ben Affleck and Mia Jovovich to name a few, who would go on to make big in Hollywood. Apart from giving us a decorated soundtrack, ‘Dazed and Confused’ received praises throughout, appeared in many Top 10 Lists and achieved a cult film status. 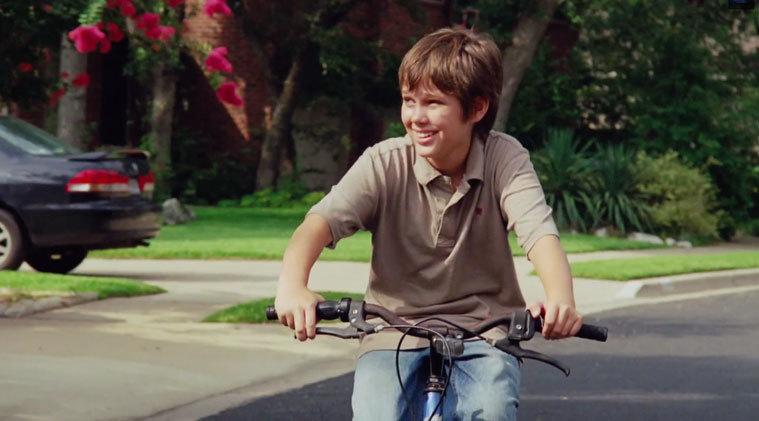 Films like ‘Boyhood’ don’t come every day or every year; they come once in a decade and take our hearts away. Filmed for 12 years from 2002 to 2013 and employing the same cast, ‘Boyhood’ tells us the intricate and elaborate story of a boy and his family. Boyhood, more than just a film, is an observance. An observance of a 6 years old boy growing up to become an 18 years old adult. An observance of what a mother has to go through to raise children. An observance of what a father means to his children and vice-versa. An observance of a family and their struggles, their joys, their sorrows. Basically, an observance of a life or rather lives. Though, while in Before series of films Linklater captures moments in time, separated 9 years from one another, in Boyhood he lets the time flow over the course of 12 years. And time, will itself do justice to this film, when several years from now, it will be referred to as Linklater’s masterpiece. 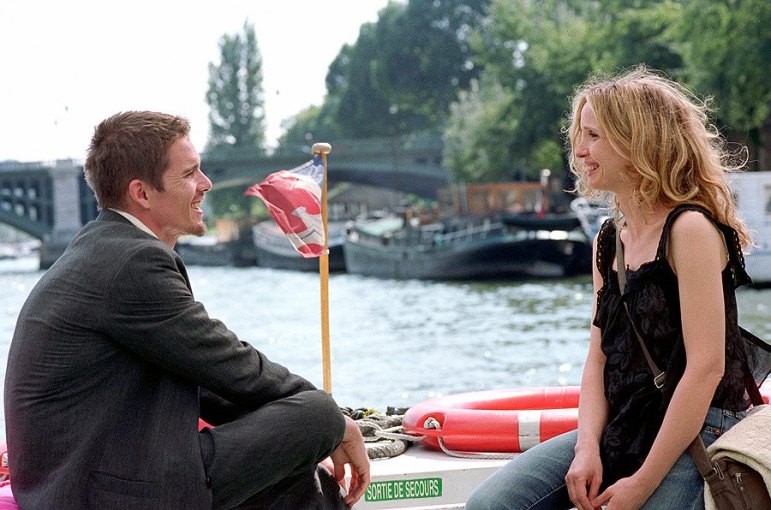 It is easy to mistake ‘Before Sunset’ as another romantic film, but it talks about love in a manner that no romantic film does. For Jesse and Celine, love is a serious business and not some pleasure-seeking fantasy. ‘Before Sunset’ starts nine years after the events of ‘Before Sunrise’. Jesse has written a book over the night he and Celine spent in Vienna. Celine visits Jesse in the bookstore he is promoting his book and, as expected, emotions fly again. Though they have drifted apart in these years, past flame is reignited. More than love itself, ‘Before Sunset’ deals with everything surrounding love: life, memories, obligations and how choices in life also shape choices in love and vice-versa. ‘Before Sunset’ is such a masterful work that it, ultimately, becomes a mirror, by looking into which, you can judge your own relationships: Where you went wrong ? Who was actually “the one” for you? What opportunities you missed? What could have been? It’s one of the rarest of rare films where your own experience in life will enrich and nourish your experience with the film.