Is Devil in Ohio Based on a True Story? 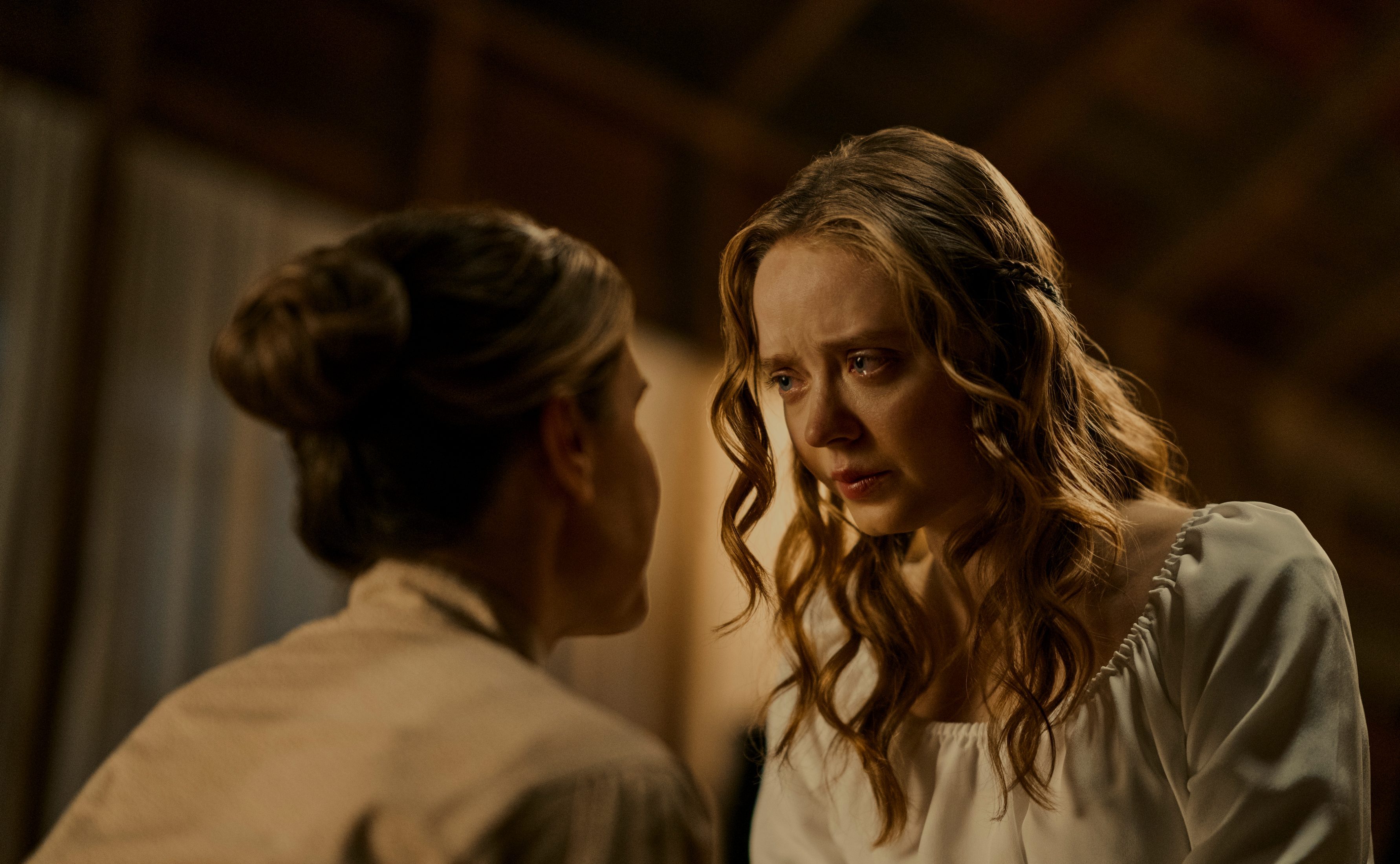 Created by Daria Polatin, Netflix’s horror series ‘Devil in Ohio’ revolves around Mae Dodd, who gets discovered by police officers from Amon County, an infamous region known for urban legends and religious cults. When Mae gets hospitalized, psychiatrist Suzanne Mathis starts to treat her. Suzanne welcomes Mae to her home and family for ninety days as her temporary guardian, only to find out that she is a part of a cult that worships Lucifer. As the show progresses, Suzanne teams up with Detective Lopez to discover the astounding truths concerning the devil-worshippers and their intentions. Since devil-worship has its roots in reality, the viewers must be eager to know whether the show is the depiction of a real-life account. On that note, let us share the answer!

Is Devil in Ohio a True Story?

‘Devil in Ohio’ is partially based on a true story. The series is an adaptation of creator Daria Polatin’s eponymous novel. Polatin came to know about a real teenage girl who ran away from a satanic cult and started to live with her psychiatrist’s family through Rachel Miller, an executive producer of the show. Polatin and Miller haven’t revealed the identity of the real girl involved with the incident or any detailed information concerning the same, possibly due to privacy concerns. Still, Polatin went ahead and wrote a fictionalized account of the same, which became the source novel of the show.

“When my producer Rachel Miller heard this true story, which took place in Ohio, she told it to me. I knew I had to tell it. I decided to start with a book,” Polatin told The Columbus Dispatch about the origin of the source novel. “I fictionalized the story to free myself up creatively, and I thought it would be interesting to tell it for a YA (young adult) audience because the girl is in her mid-teens,” she added. The creator was inspired by true events and real people to conceive Mae, Jules, and the Mathis family. However, creative liberties were used extensively to conceive the book’s narrative and the show.

“The bones of the story are true and happened, and I wanted to take that as a jumping-off point. It’s inspired by true events, but it’s not a documentary,” Polatin added to The Columbus Dispatch. Polatin even created Amontown to set the storyline of Mae’s family and community. “For this [show], I felt that the best outlet would be to free it up creatively and fictionalize the details and let it take on a life of its own,” the creator said in the same interview. Still, “a lot” of what occurs in the book happened in reality, as per Polatin.

“Devil’s Own,” the religious cult that features in the show is Polatin’s creation. But she and her team had to research extensively to conceive the same for the sake of authenticity.“Me and my writers’ room studied all of the cults. We tried to learn as much as we could about as many organizations, then we made up our own cult using elements of many different groups,” Polatin told Netflix’s Tudum. “We came up with our whole ideology — and we even wrote some of the Book of Covenants, the cult Bible [in the show],” she added.

Although Polatin has been tight-lipped about the actual incident that inspired her book and series, it is true that the state of Ohio is not unfamiliar with religious cults. Former members of the Columbus-based Xenos Christian Fellowship, presently known as Dwell Community Church, have raised allegations of exploitation and emotional abuse in the name of religion within the Church. In Kirtland, Ohio, an entire family of five, which included three minor girls, was killed by a cult leader named Jeffrey Lundgren and his followers. The character Malachi Dodd in the show does remind us of Lundgren and the Kirtland cult murders.

Along with the real-life inspired depiction of devil worship, ‘Devil in Ohio’ also depicts the relatable struggles to overcome one’s past and traumas through the character of Suzanne. Ultimately, the show is about the unceasing conflict between good and evil, which is an ever-present dichotomy in reality as well.

Read More: Where is Netflix’s Devil in Ohio Filmed?