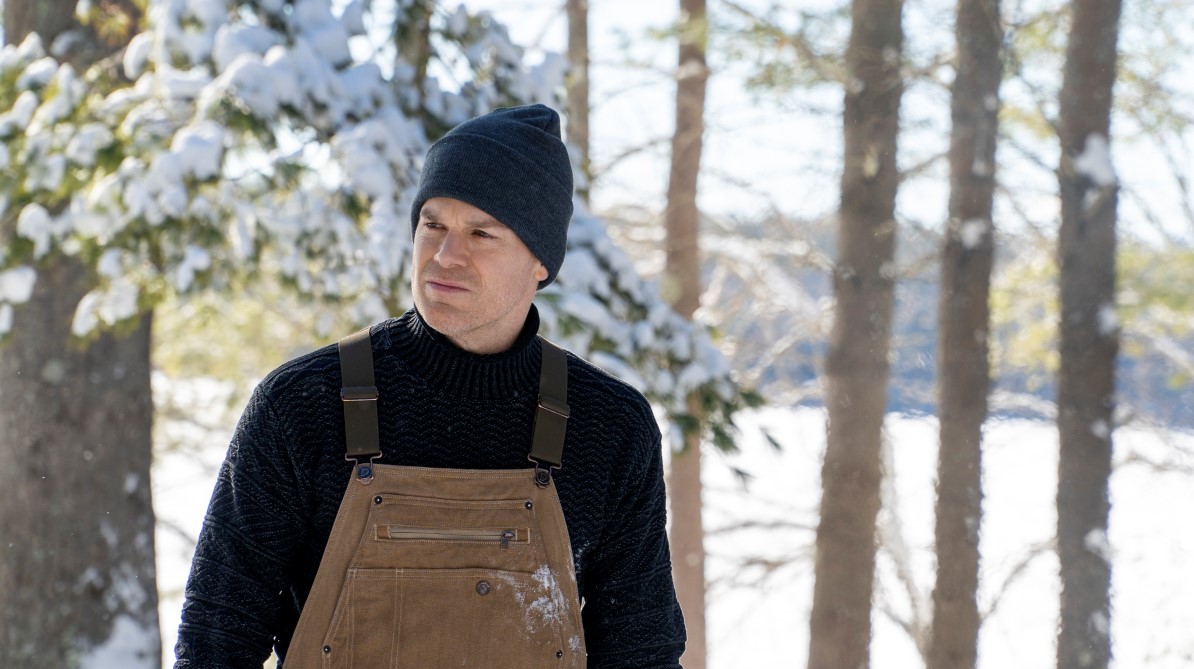 A continuation of the hit crime series developed by James Manos Jr., ‘Dexter: New Blood’ is a crime drama mystery miniseries based on the novels by Jeff Lindsay. The show centers upon the life of the titular protagonist a decade after he faked his death and moved to a small town far away from the shadow of his dark past. Although he has successfully suppressed his serial killing urges for a long time, a series of unexpected incidents threaten to push him over the line and make the monster inside him reveal itself again.

What is Dexter: New Blood About?

After getting orphaned at a tender age when he needed the affection and care of his mother the most, Dexter luckily finds a new home when a Miami police officer named Harry Morgan adopts him. However, instead of helping him get over the trauma of watching her mother getting butchered by a chainsaw, Harry manipulates the young boy to delve deeper into sociopathic tendencies. When he grows up and becomes a forensic analyst, Dexter uses his gruesome bloodlust for his unjustifiable acts of vigilantism.

Although it takes time, he eventually decides to get over his sociopathic tendencies so that he can lead a normal life. Dexter fakes his own death, changes his name to Jim Lindsay, and moves to the fictional town of Iron Lake, New York, where he falls in love with Angela Bishop. He lives a peaceful life far away from the dark shadow of his past. But after a string of unexpected incidents, he is overwhelmed by the fear of being unable to be in control of his worst instincts that may lead to horrible consequences.

Is Dexter: New Blood on Netflix?

No, Netflix’s current catalog does not include ‘Dexter: New Blood.’ People with a subscription to the streaming giant can look for the show on other platforms, or they can alternatively stream ‘Marvel’s The Punisher‘ or ‘Marvel’s Daredevil.‘

Is Dexter: New Blood on Hulu?

Although people with Hulu’s basic subscription can not watch ‘Dexter: New Blood.’ However, you can head here to stream the latest episodes if you have the Showtime add-on.

Amazon Prime’s subscription does not come with the crime drama mysteries miniseries. Just like Hulu, subscribers will have to get the Showtime add-on to stream ‘Dexter: New Blood.‘

‘Dexter: New Blood’ is included in HBO Max’s current offering. Viewers looking for something similar can watch shows like ‘Prodigal Son‘ or ‘I’ll Be Gone in the Dark.’

‘Dexter: New Blood’ is accessible for streaming on Showtime’s official website. People with a subscription can head here to watch the latest episodes of the crime drama mystery miniseries. Platforms like YouTubeTV, DirecTV, SlingTV, Spectrum, and FuboTV can also be used to watch ‘Dexter: New Blood’ as soon as it premieres. The show will reportedly be accessible on AppleTV as well.

How to Stream Dexter: New Blood for Free?

DirecTV, YouTubeTV (occasionally 14-days), FuboTV, AppleTV, and the Showtime add-on all come with a 7-day free trial, while Showtime itself gives first-time subscribers a 30-day period to experience its services free of charge. Cord-cutters can use any one of the aforementioned offers to watch ‘Dexter: New Blood’ for free. However, we encourage our readers to always pay for the content they wish to consume online.