Is Dicktown on Netflix, HBO Max, Hulu, Prime, or Disney+? 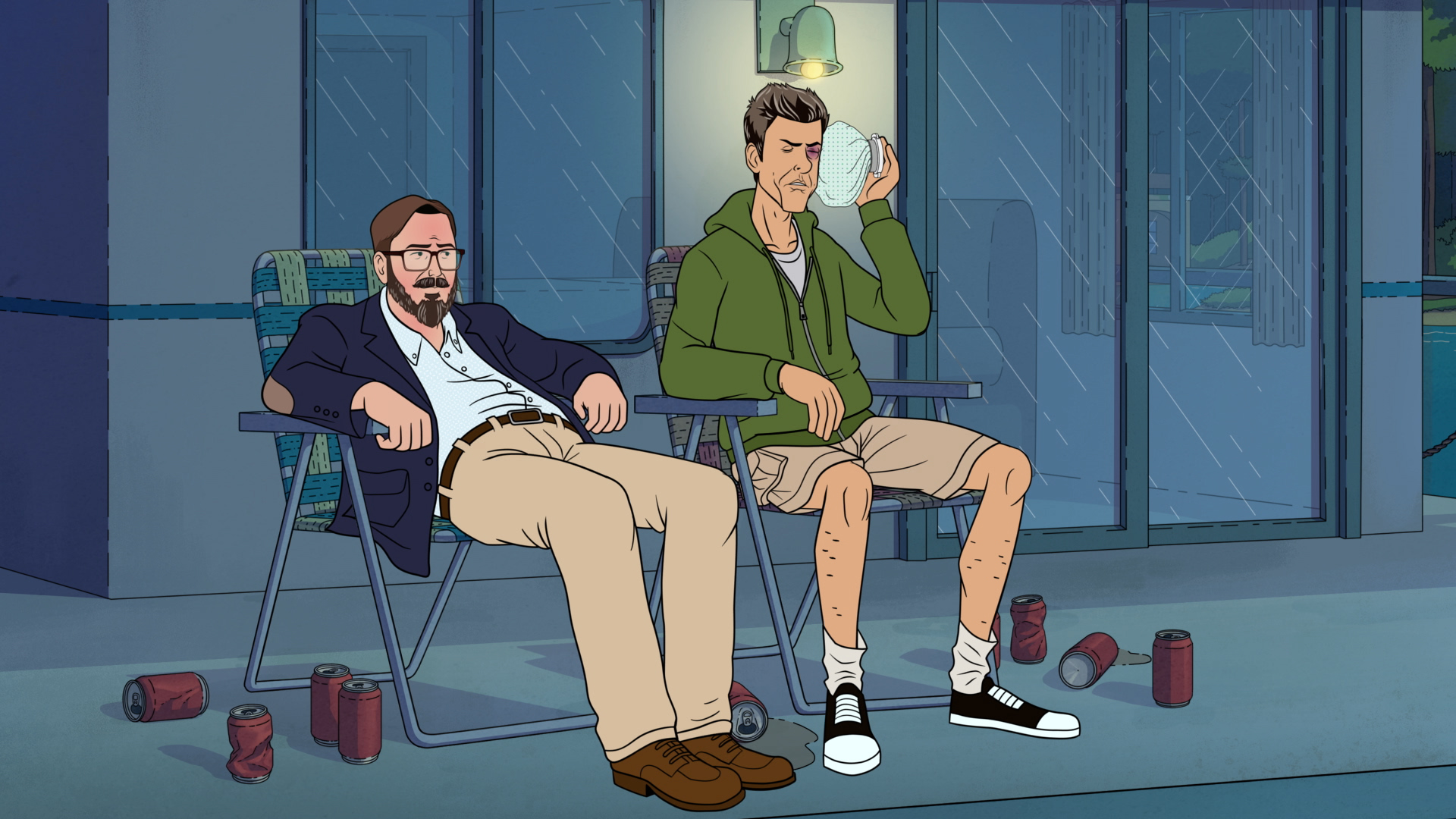 ‘Dicktown’ is an adult animated sitcom that follows the life of John Hunchman, a nerdy private detective, and his sidekick David Purefoy. Together, both of them investigate some bizarre mysteries and cases in the small town that they reside in. John Hodgman and David Rees are the two creative minds behind the creation of this comedy animation and also the voices behind the two characters, each of their own namesake. Apart from them, actors like Heather Lawless, Ronald Peet, and Anna Akana have also given their voices to different characters in the series. If you wish to watch this series online, here are all the ways in which you can!

‘Dicktown’ is set in Richardsville, North Carolina, which is also known as Dicktown to the locals residing in this small town. The story revolves around a famous detective named John Hunchman, a sad and shabby 40-year-old man who only gets to the bottom of mysteries and crimes for teenagers with his sidekick and partner in crime-solving, David Purefoy. Fun fact, when in high school, David and John didn’t really see eye to eye; in fact, they were arch enemies.

However, the fact that both of them fail to get out of town and still live with their parents brings them closer. Apart from being John’s sidekick, David is also his driver and hired muscle. They take on different clients and solve various mysteries that the town of Dicktown hold. So, if you would like to watch them unfold different mysteries, we have given you the details about where you can catch the animated show online!

As of now, ‘Dicktown’ is not included in the expansive catalog of movies and shows available on Netflix. However, you can always choose to watch similar alternatives on this streaming platform. ‘Paradise PD’ is another one of the adult animated sitcoms that you might enjoy watching; you can stream it here.

Is Dicktown on Amazon Prime Video?

Unfortunately, ‘Dicktown’ is not yet accessible on Amazon Prime Video. However, thanks to this streaming giant’s huge library of movies and TV shows, you can find other similar animated sitcoms on the platform, such as ‘Brickleberry‘.

If you are a Hulu subscriber, you are in luck because this animated comedy series is available to stream on the platform here.

Is Dicktown on HBO Max?

As huge of a streaming platform HBO Max is, it is still not streaming ‘Dicktown’ at the moment. But HBO Max subscribers can indulge in watching other shows like ‘Scooby-Doo and Guess Who?‘ to get a good laugh as well as watch several mysteries being solved.

You will be disappointed if you look for ‘Dicktown’ on Disney+ because the show is not a part of its expansive collection as of now. If you’re looking for alternatives, we recommend you watch ‘Kim Possible‘.

Where to Watch Dicktown Online?

Since the animated adult comedy series airs on FXX, it is available to stream on the FX Networks’ official website. If you don’t have a cable subscription, you can catch the show on live TV platforms, including fuboTV, DirecTV, Sling, and YouTubeTV. You also have the option to purchase or rent the show on Google Play.

How to Stream Dicktown for Free?

Platforms such as fuboTV and YouTubeTV offer a 7-day free trial to new users. Moreover, Sling offers a 3-day free trial if you are a new subscriber. If that doesn’t work for you, then Hulu offers a 30-day free trial to its first-time subscribers. So, you can watch the show for free on any of these aforementioned platforms by making use of the free-trial offer. We encourage our readers to avoid indulging in any illegal means to stream content on the internet and always pay for the content they wish to consume.