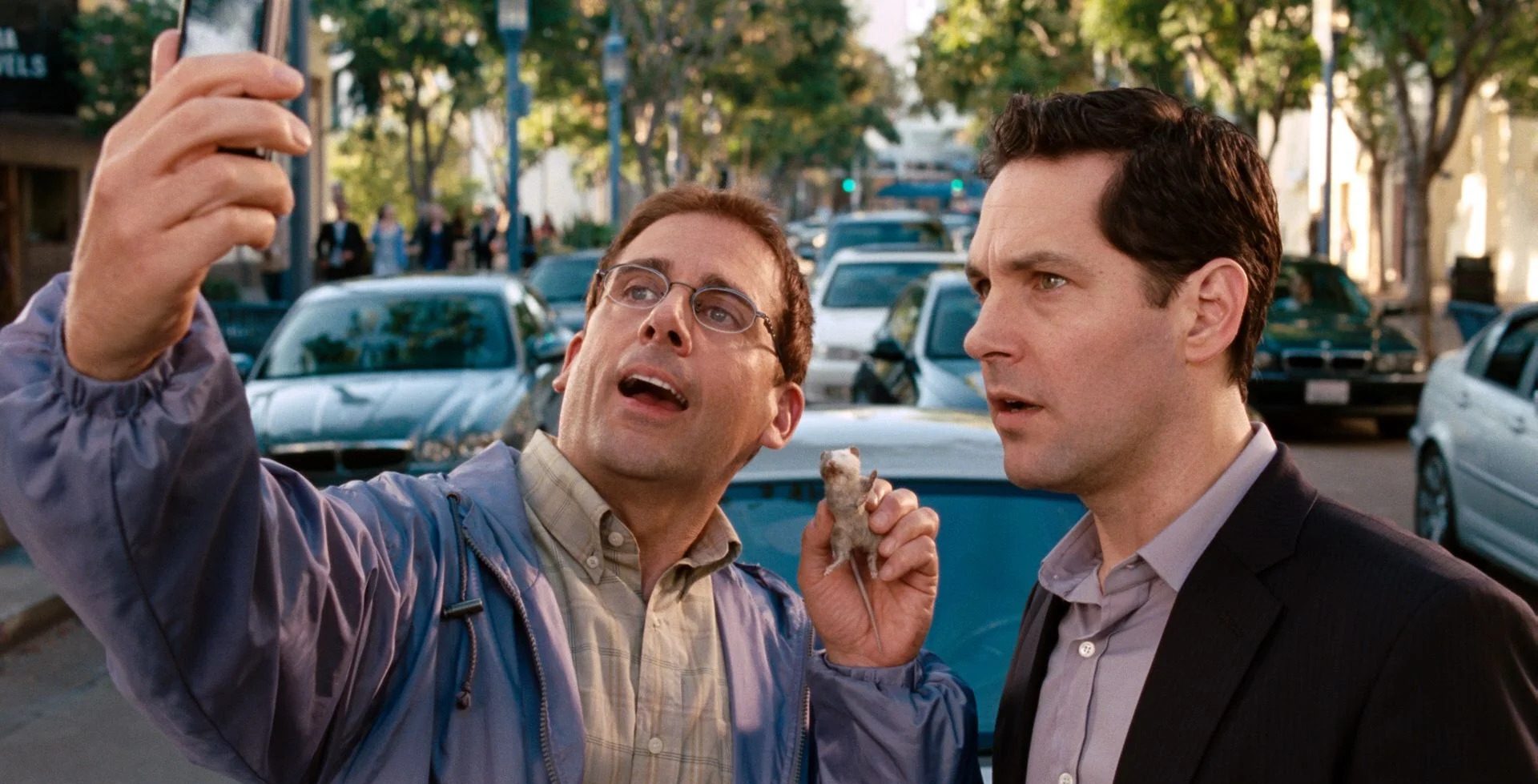 Helmed by Jay Roach, ‘Dinner for Schmucks’ is a comedy movie packed with the combined comedic genius of Paul Rudd and Steve Carell as Tim Conrad and Barry Speck, who keep getting into hysterically awkward circumstances. Tim is a driven stock analyst executive whose boss organizes a monthly gathering where the person who brings the biggest “idiot” receives a promotion. Although Tim says no to the offer at first, he begins reconsidering the option after meeting Barry, a guy who creates dioramas out of stuffed mice.

However, the plan goes horribly wrong because of Barry, as his misguided good intentions cause Tim’s life to spin out of control. Several events follow after that, including Barry’s antics jeopardizing a significant business agreement and perhaps affecting Tim’s personal and professional relationships. The central turmoil and what transpires eventually for Tim and Barry is what the movie is about. The light-hearted premise of the movie, along with its realistic incidents, makes one wonder if it is based on real events. If you’re curious about the same, we’ve got you covered!

Is Dinner for Schmucks a True Story?

No, ‘Dinner for Schmucks’ is not based on a true story. It is an adaptation of Francis Veber’s 1998 French film ‘Le Dîner de Cons’ (or ‘The Dinner Game’). Having said that, director Jay Roach revealed in an interview that the film only takes inspiration from the narrative of the French film, adding that the writing team — David Guion and Michael Handelman — took creative liberties to keep the humor and certain character traits fresh. 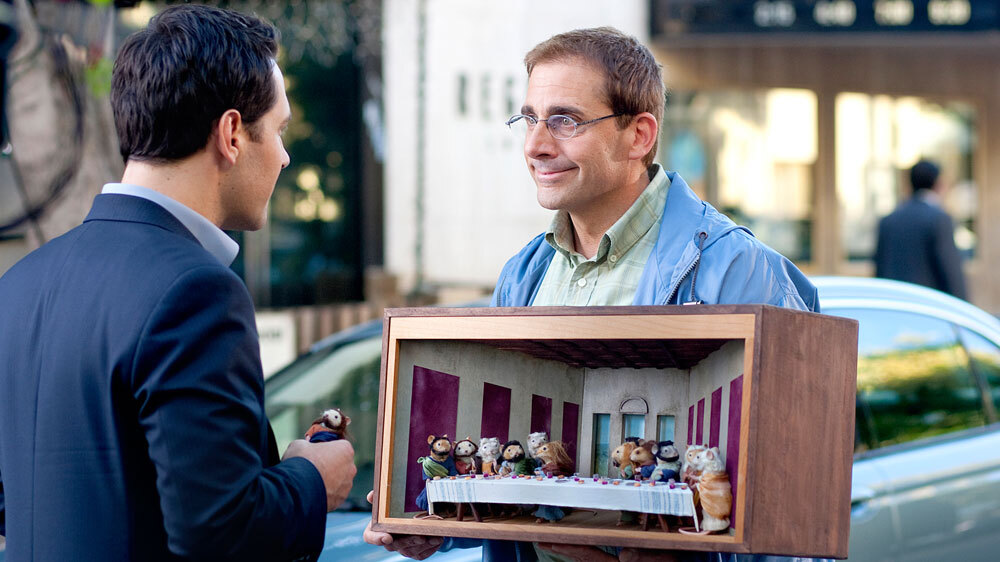 Although the French film serves as the basis for the movie, the third act as a whole was not included. The film’s director Roach is a great admirer of the work and writing aptitudes of French filmmaker and playwright Francis Veber. However, they chose “Inspired by” over “Based on” since they believed they couldn’t top his humor. Although they use the story’s idea as a starting point, the director stated that none of the gags are really the same.

Talking about the French director’s prowess, Roach said, “His comedy is so specific, and he is so amazing at it. I’ve never seen an audience laugh harder than they laughed at ‘Borat.’ I can remember, literally, just looking around at the audience during that naked fight sequence and going, ‘Oh my God, I will never direct anything that has people flopping around in their seats as hard as they are right now.” 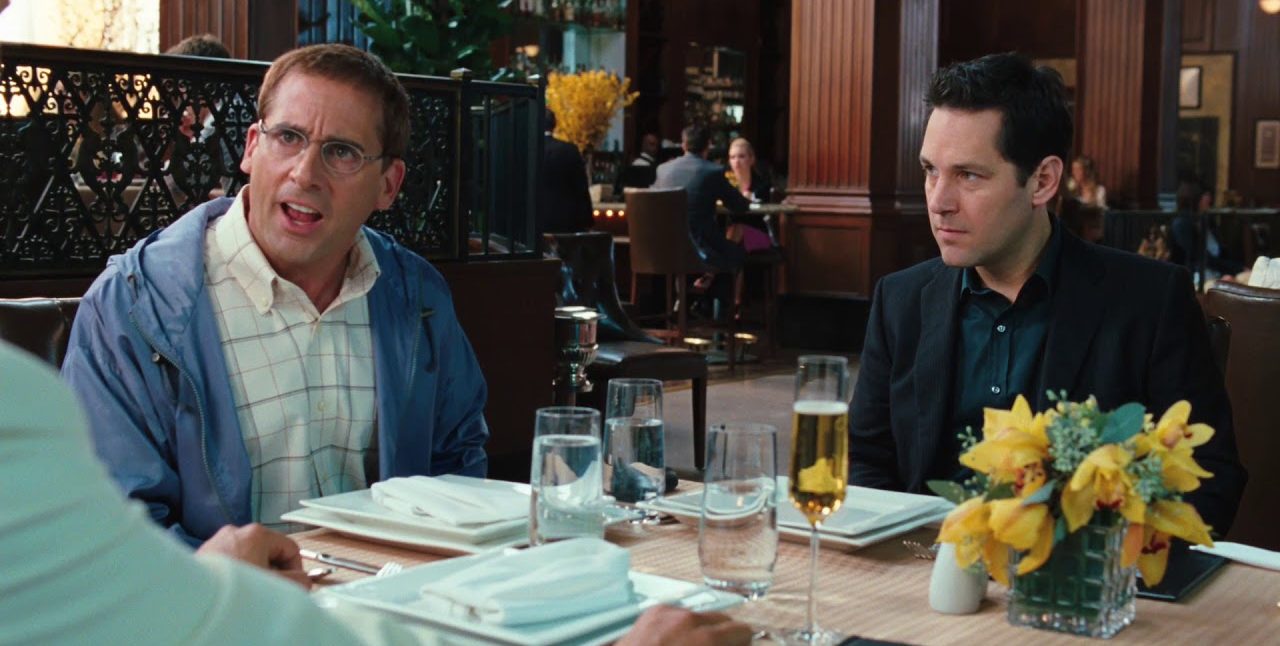 With its wild humor that appeals to the majority of the audience, especially fans of such oddball comedies and the lead actors, director Jay Roach fared significantly better throughout the creation of this movie. Interestingly, apart from the English language adaptation, the French film has also been adapted in the languages Hindi (‘Bheja Fry’), Kannada (‘Mr. Garagasa’), and Malayalam (‘April Fool’). Taking everything into consideration, we reiterate that unlike what one may think, ‘Dinner for Schumcks’ has no basis in reality.