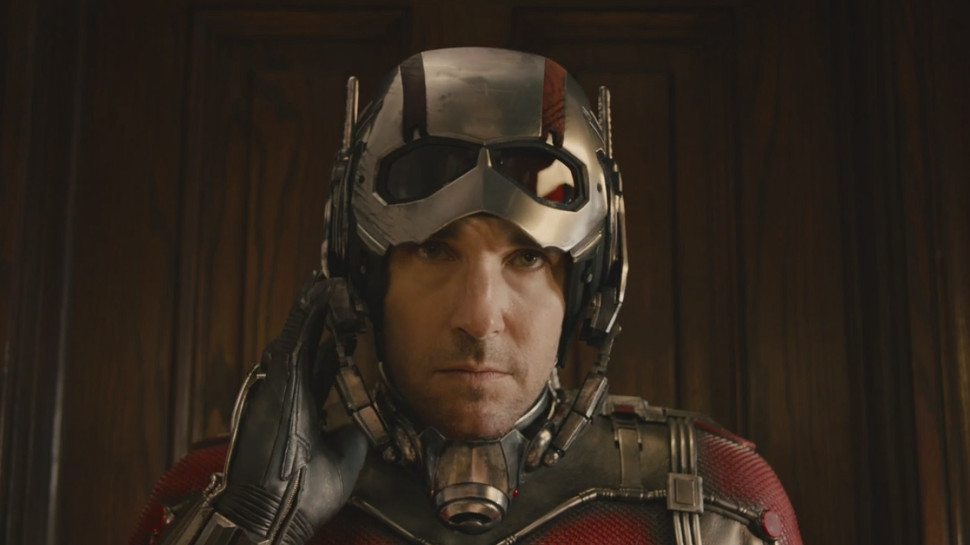 My first encounter with the charismatic person of Paul Rudd was in the affable capacity of Phoebe Buffay’s rich-ass boyfriend, Mike. As I started digging into more and more comedies, I realized: Rudd is as good as anybody. The adorable actor has been a mainstay in the genre since almost two decades now, and shows no signs of stopping anytime soon.

An integral part of the “golden generation” of comedians, Rudd has starred and been a part of the ensemble in innumerable comedies. His style is often abrasive and dysfunctional, something which is both appealing and self-abhorrent. The point is always not to try hard. But watching Rudd, it seems as if he isn’t even trying! Saluting this dedicated artist, we decided to conjure up a list of top Paul Rudd movies. You can also stream some of these Paul Rudd movies on Netflix or Amazon Prime. 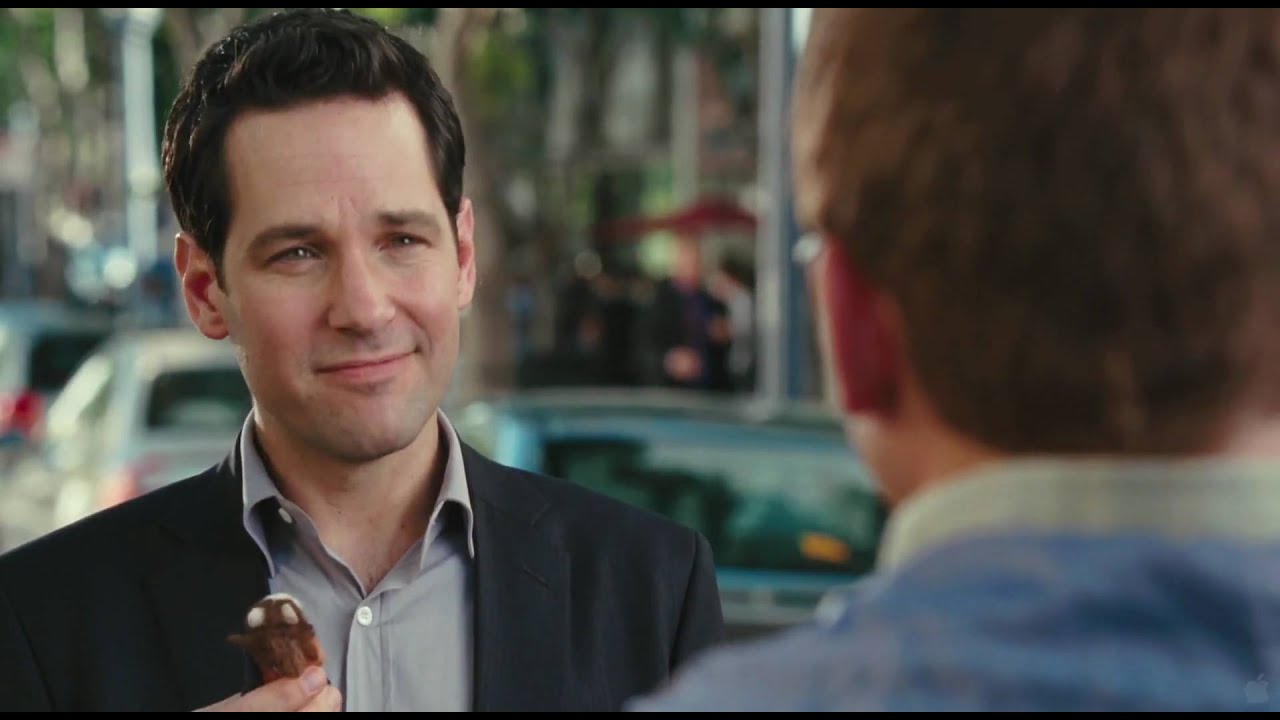 The movie is a remake of the classic French-version of 1998, ‘Le Diner De Cons’. Even though the film falls miles short of matching up-to he original, the likable leads do deserved commendation. The movie bases its premise on the envious and cantankerous relationship between bosses and its employees. Tim is a wary simpleton, downtrodden by his arrogant boss. When he discovers of the latter’s monthly dinner tirade, wherein the guests are the subject of ridicule and mockery of his eponymous colleagues, he is disgusted. That doesn’t last soon, and he finds the perfect guest to take. Carell plays the man in question, and oh boy, does he do it well. The chemistry between him and Rudd is one of the highlights of the film, which marks their third collaboration. ‘Knocked Up’, upfront, revolves around the characters played by Seth Rogen and Katherine Hegel. Rudd satiates in a supporting character, again playing him along familiar lines as his other characters. Ben is a carefree and irresponsible bachelor, living in a rented house with his other friends in the hopes of launching a website that identifies porn stars and something more. One fateful day, he meets Alison Scott, a successful TV anchor, who is out celebrating her promotion, and innocuously impregnates her. Rudd plays the part of Pete, the frustrated and timid husband of Alison’s sister Debbie, who is heavily involved in the former’s life. Reflecting the stereotypical image of a common-place American husband, who is tired of his everyday married life, Rudd embodies with perfection their anguish and yearning for freedom. 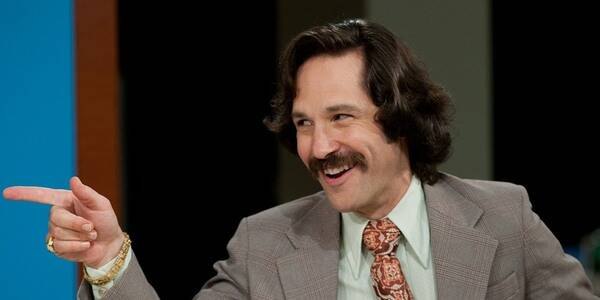 Oh, boy. This film. If there’s something like a cult-film, ‘Anchorman’ is it. An unconventional story about the leading news crew of the town, led by the fatuous, yet charismatic and imperfectly flawed Alpha Male Ron Burgundy (Ferrel), the film is a winner all the way through. The hilarious team comprises of Brick, Brian, and Champ, each drastically different from the other and stupid in their own way. Rudd, who plays Brian Fantana, is a treat to savor on screen, with his brazen act as a self-consumed and enigmatic piece of craft. The film is cited to be one of the best comedies of the 21st Century. And we concur.

Whenever the name of this particular movie pops up, I can but think of only two things: Steve Carell’s unbridled and shameless erection, and the improvised banter between Paul Rudd and Seth Rogen. And then there is the clichéd story, told in the most alluring of fashions. Andy is, literally, a 40-year-old virgin, who works at a video store as a salesman. His posse, which is richly ethnic and surprisingly diverse, encourages him to try harder and vow to help. The culmination of which is a never-ending laughing riot, that is bound do leave you with a severe, yet pleasant stomach-ache. So grab some tissues and start the fest! (That’s what she said!) 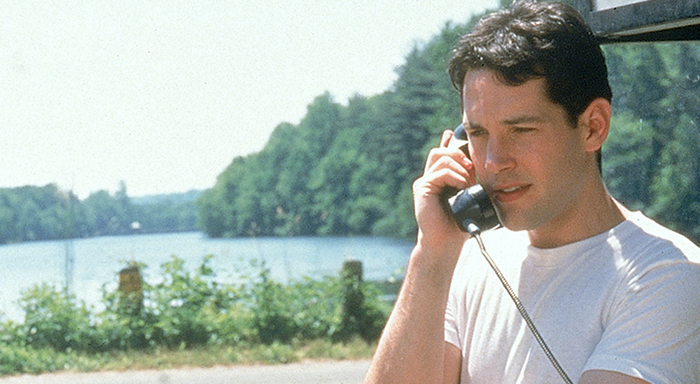 I, for one, thought the film to be a perfect work of art. Relying on an unpopular yet endearing premise, of true friednship and love between people with different sexual orientations, ‘The Object of My Affection’ lays down a solid ground. Rudd plays the sensitive and caring George Hanson, a homosexual, who is best friends with a struggling friend in life, Nina (Anniston). The two are always there for each other, when one fateful day, Nina asks George to be the father of her child, whose original biological father leaves her.  The film could have been a wonder-shot, if dealt and caressed with more care. But either ways, the two ‘Friends’ do a superlative job in constructing a soulful narrative, one which we should refer to in real life as well. Aren’t teen-comedies the best? They are even better when you have such a scintillating cast. How a 26-year old Paul Rudd pulled of a seemingly innocent and novice 18-year old Josh is beyond my comprehending. Cher (Silverstone) is a rich and sexy high-school girl, coming to terms with the hormonal changes in her body, as she embarks on the journey called adolescence. She meets Josh, a shy and introverted senior, who finds it difficult to interact with people. Cher makes it her purpose to make the hapless teen popular in school, and in the process, discovers her own feelings for him. A sweet part, much in line with his own person, did justice to the script and satisfied us as an audience. 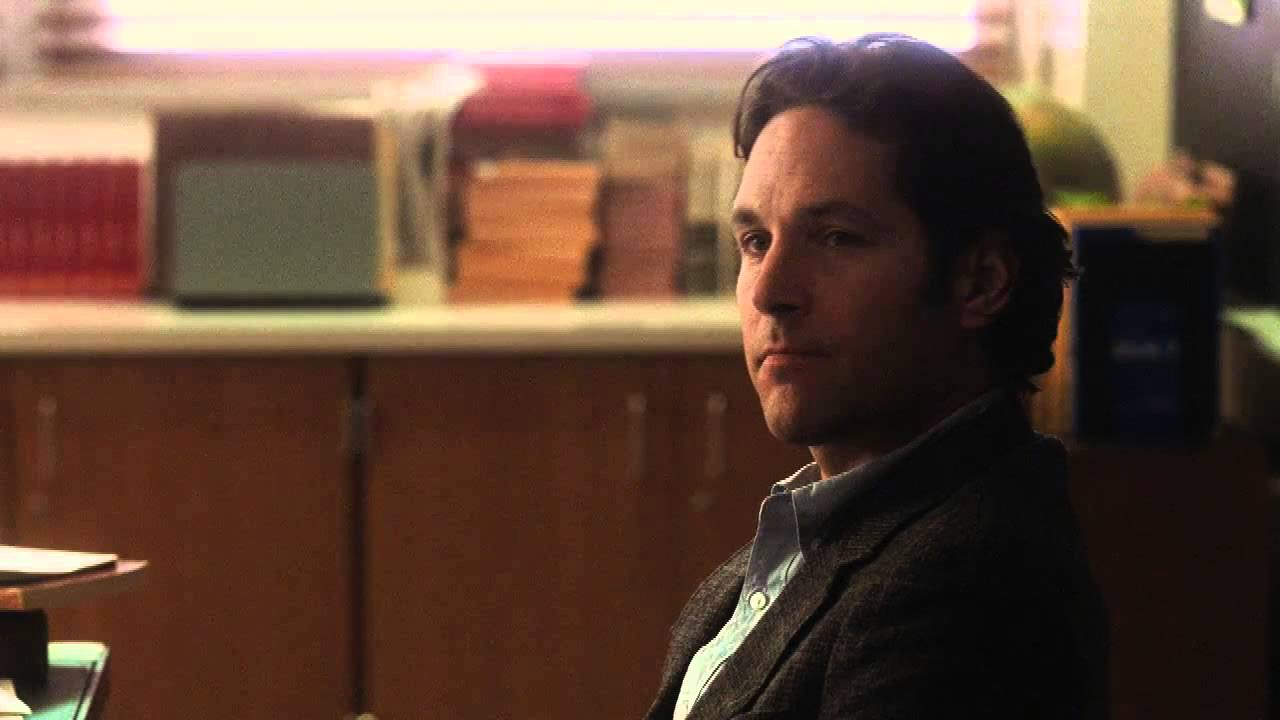 This is perhaps Rudd’s most restricted, yet effective role on the list. Taking a detour from the comedy genre, his exploration as a sensitive and receptive high-school teacher in ‘The Perks of Being a Wallflower’ liberated him from his stereotypical image, and brought him unfettered appraisal. The film deals with the complicated life of teenagers, and also sets aside themes of traumatic memories ad stress. It employs Charlie, played by the brilliant Logan Lermann, an introvert, who has just come out of therapy after attempting suicide, to move the narrative forward, who does a brilliant job. He finds solace in books, and writing, the process of which is facilitated by Mr. Anderson (Rudd). A wonderful film, with an even wonderful cast, it will bound you by its spell and leave you in a happy place. 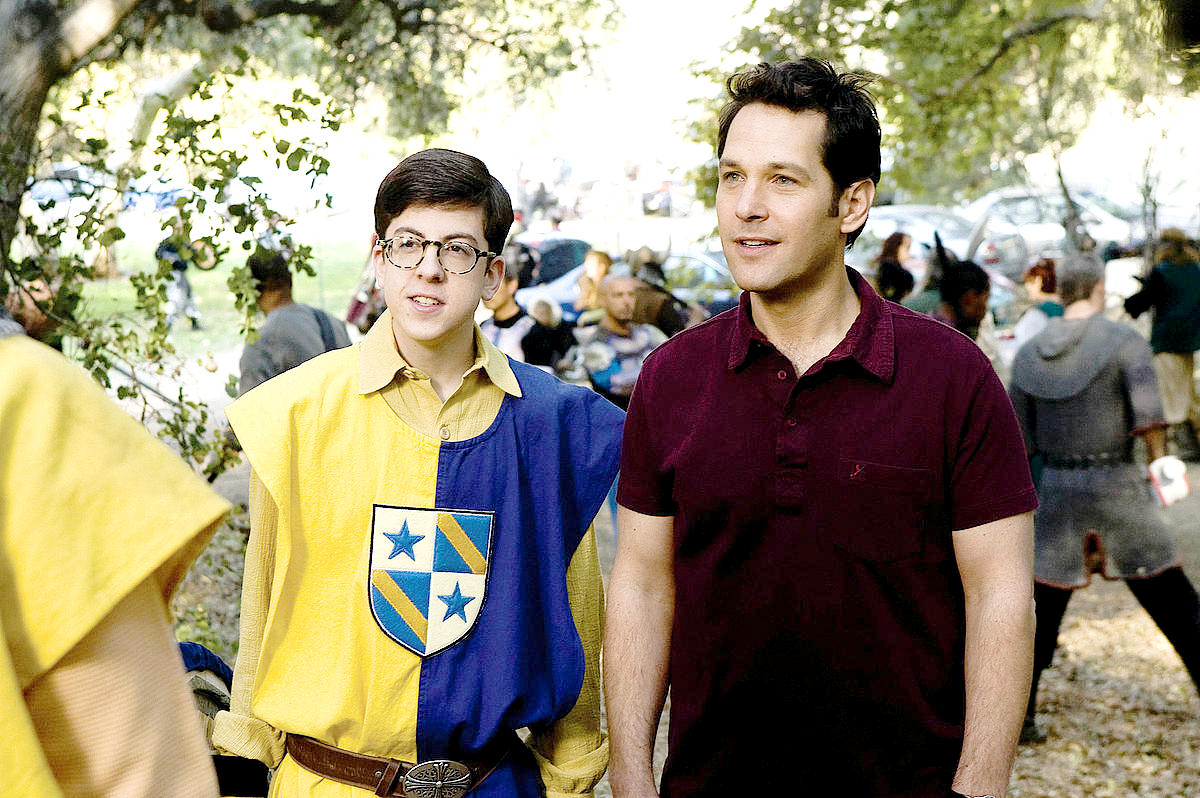 A person is best when he is himself. A commonly accepted phrase, yet so downrightly downtrodden, it fits perfectly for Rudd here. Rudd plays one-half of a recuperating alcoholic pair, intend on bringing their lives back on track. The writing effort really humbled me. It was subtle, yet so powerfully enchanting. The sweet film is a rare achievement in the emotionally Stunted Men Grow A Heart sub-genre. The two charming leads do a more than satisfying job, with Rudd stealing the limelight with a terrifically founded and emotionally strong performance. He left himself to the bare essentials and changed the course of a mediocre film to a high-handed one, where it shined like a violet star. 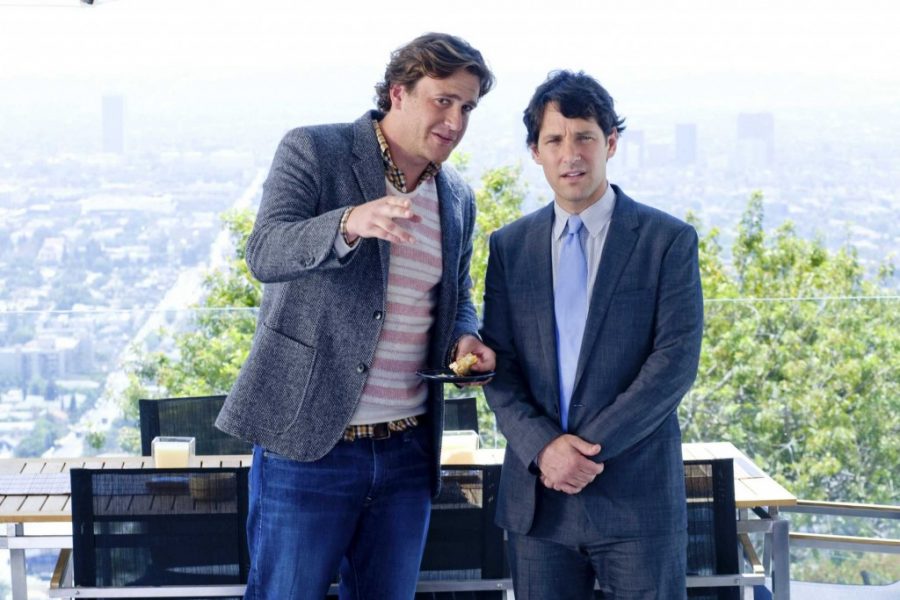 Jason Segel and Paul Rudd as perhaps the most lovable and charming homogeneous pair in the industry. Frequent collaborators, their strong friendship and a sense of comfort reflects in the performances of their films, which are surreally natural. The two animate Peter Klaven and Sydney Fife, two best-friends with unusual and funny surnames. The former is getting married, and naturally selects the latter as his best-man. But Peter’s fiancé grows frustrated and suspicious of their more-than friendly bond, which endangers the inevitable. Another brilliant movie!

Rudd proved himself capable of handling a mega-movie franchise with a perfect turn as Ant-Man in ‘Ant-Man’. Without inclining towards Deadpool’s wicked sense of dark humor, I’ll brief you about the premise. A con-artist falls upon superhuman capabilities to shrink himself in size and now is burdened with protecting the secrets of his magical suit. Rudd is brilliant. As simple as that. The film was a big success, owing much of its credit to a charismatic and adventurous performance by its superlative lead.