Is Domina Based On A True Story? 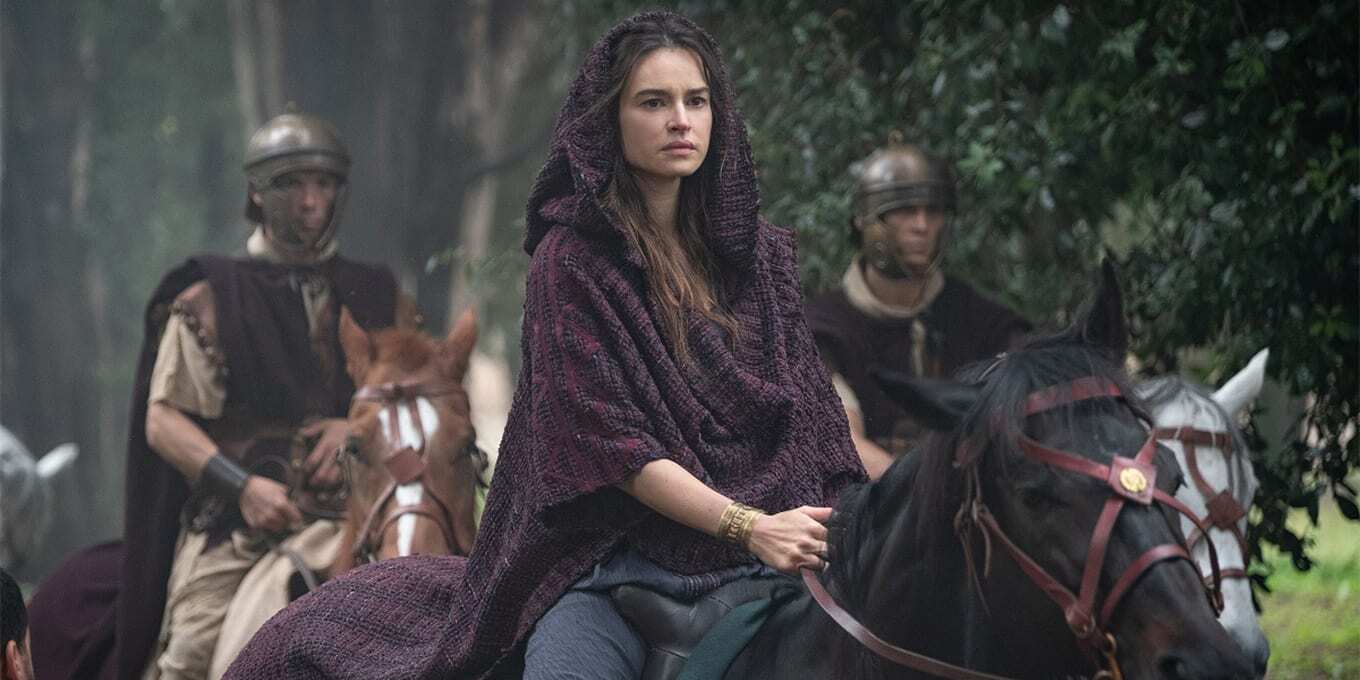 Conceived by Simon Burke for European broadcast giant Sky Atlantic, period drama miniseries ‘Domina’ recreates an epic world fraught with gender conflict and historical fascination. The drama takes much from previous genre installments to construct its historical ambiance, but it gradually attains a certain political feel as it brings to light the position of women in the politically turbulent Roman Empire through an articulate depiction of the character of political leader and Empress Livia Drusilla.

And the period piece is beautifully conditioned by a veteran cast with actors such as Claire Forlani of ‘Mallrats’ fame, with Liam Cunningham and Enzo Cilenti from the ‘Game of Thrones’ squad. But the drama walks a different path to remain subtle and devoid of imaginary embellishments. The series makes you ask the credibility of the historical narrative, and if you want to know whether the story is rooted in reality, let us probe into the matter.

Is Domina Based On A True Story?

Yes, ‘Domina’ is based on a true story. The series is created and written by Simon Burke, who pays homage to one of the most important female figures in the history of the ancient world. The series writer duly acknowledged the importance of Livia Drusilla in ancient Roman society and the history of the world. In his opinion, the Empress was a “game-changer” for women who followed her path. The producers wanted a historically accurate show, and the creator did extensive research to portray the period as authentically as possible. 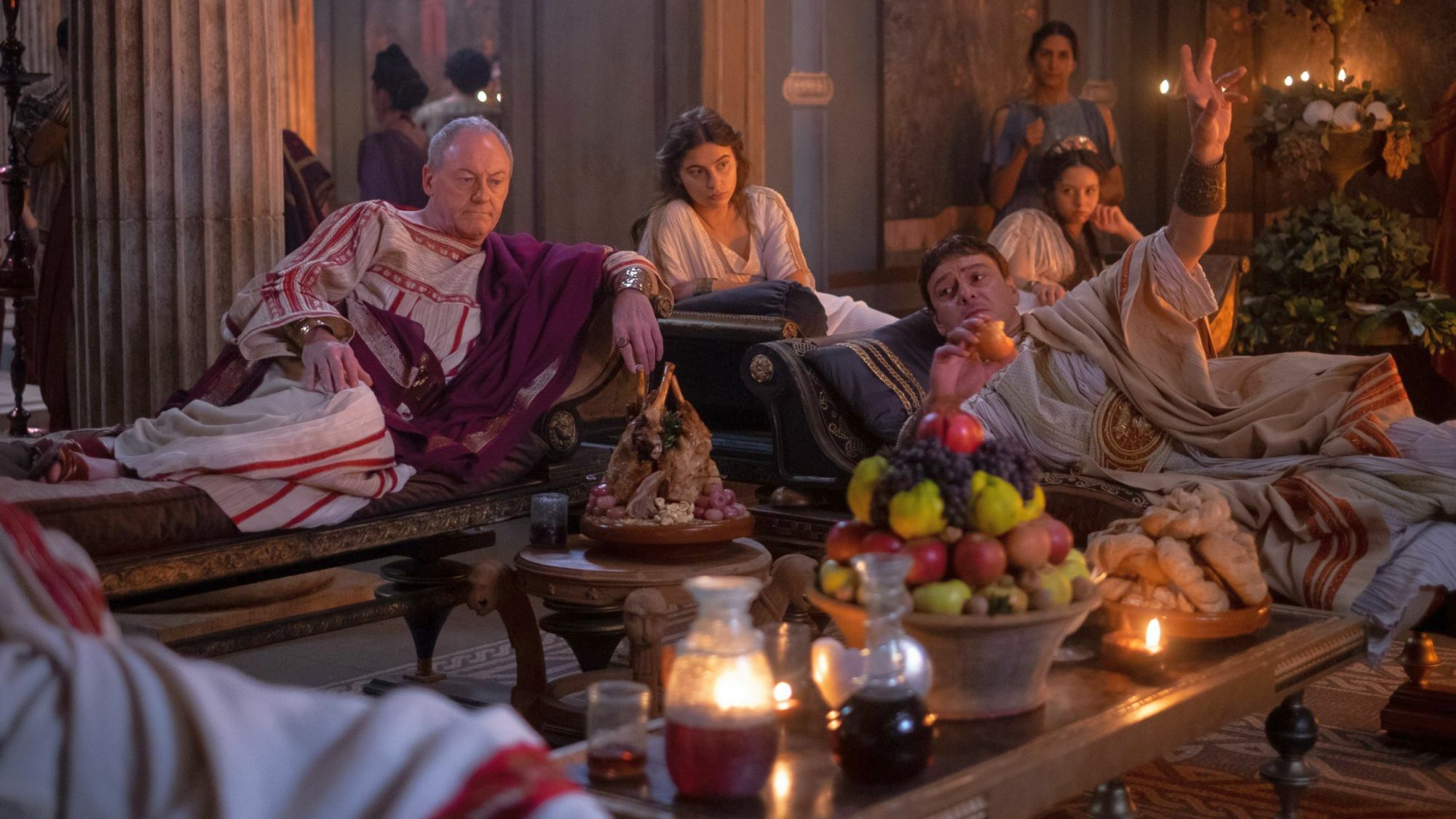 Although, Burke admitted that some characters in the show, such as Livia’s enslaved companion Antigone and the brothel owner Balbina, are fictional. These characters were invented to enhance the dramatic aspect of the story and to make it causally coherent. The commoners don’t usually find a place in historiographies of kingship, but fiction has the power to lend voice to those who are obscured in history.

Three of the central characters in the series, namely Marcus Livius Drusus Claudianus, Gaius Julius Caesar, Tiberius Claudius Nero, are modeled upon historical figures, along with Livia herself. Although, not many people know about the life and times of Livia Drusilla, and therefore, her history is the perfect material for TV production. From her modest social position to a Machiavellian leader exercising her power with an iron fist, the life of Ancient Roman political leader and Empress Livia Drusilla intersects with the history of Rome’s royal family.

Arguably one of the first notable female leaders in world history, the legacy of Emperor Augustus’ third wife and Emperor Nero’s great-great-grandmother Livia Drusilla Augusta is replete with controversy. Her character has previously been depicted in Herbert Wise’s much-acclaimed limited series ‘I, Claudius,’ and the more recent TV series ‘Rome.’ In the earlier, she is portrayed as an evil schemer, and in the latter, she figures only as a supporting character as the drama veers into the lives of common folks away from the happening corridors of the regal courts.

Therefore, in ‘Domina,’ Livia gets her first very own modern retelling. And the retelling is surprisingly fresh. Despite the show’s obvious anachronisms, it stands apart from other historical dramas in its apathy towards the casual embellishment of history and its dark and somber ambiance. Depicting the ancient Roman society in all its scandalous and titillating glory is something directors are doing since ‘Caligula,’ mostly for the sheer scopophilia of it all.

The Roman society is depicted as a decadent and hedonistic paradise much like modern-day, and some of it is undeniably true. Ancient Rome was a sexually liberated society that not only accepted but also encouraged the consensual copulation of two human beings unless they swore to remain chaste for religious reasons. But the governing principle of the society was still patriarchy. The series moves the narration into the familial realm, as it captures the spirit of the times with some conviction. People not only have sex, but they also become pregnant, sometimes to their dismay and disbelief.

And in the second episode of the series, when Livia gets the news of her pregnancy, she is visibly upset about it. Kasia Smutniak, who plays the grown-up version of the character in the series, believed that Livia is the first-ever feminist in the history of the world, and she went on to add, “As a frontrunner in defending women’s rights, she was a tough woman who was both feared and cherished and was strong enough to seal the fate of the Roman Empire.” Livia Drusilla, as portrayed in ‘Domina,’ is neither completely devoid of her feminine qualities nor is she the submissive shadow of an emperor – Livia is portrayed as she was, a ruthless but empathetic woman exerting her power through sharp diplomacy and relentless strength.

Read More: Where Is Domina Filmed?